Ignorance or Deceit, Yet Again

Ignorance or Deceit, Yet Again

I may be a week late to the “most important chart in the world”, but it demands a rational response. I had thought that the commentary surrounding this week’s retail sales release was the height of rational expectations theory deception, but I was clearly wrong. In what is passing for analysis, some are proclaiming a recovery narrative based on the following: 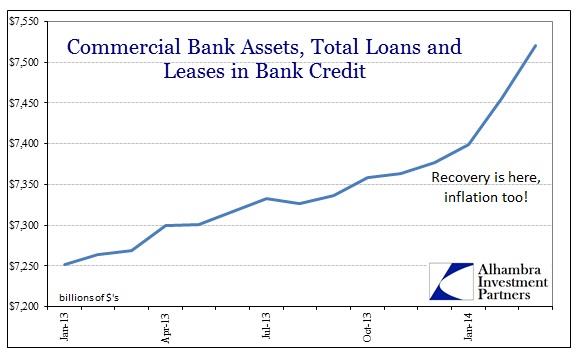 It certainly appears as if banks are suddenly interested in lending again, which can only mean recovery, right? However, it only takes about five seconds to dismiss that completely out of hand. 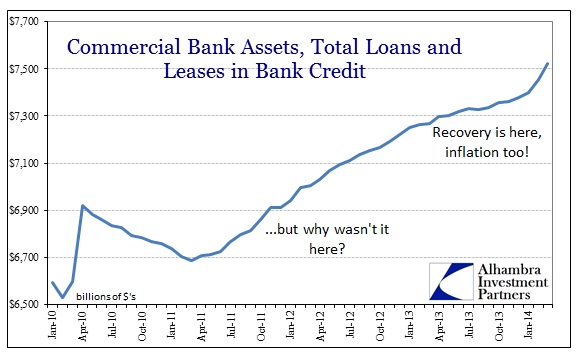 Since numbers alone tend to have little meaning, a chart showing growth rates should confirm this without ambiguity. 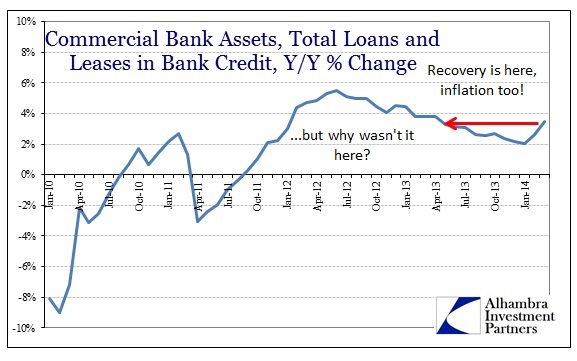 In order to proclaim a recovery narrative with any consistency, you would at least have to explain the failure of credit growth to produce same in 2011 and 2012 when credit growth was nearly twice the pace as this “surge.” That is particularly true given that nearly every economic account should sudden and sharp deceleration exactly when this current credit cycle was at its apex.  What is different now that is compelling and positive (given all that is compelling and poisonous)? Further, a wider gaze shows that current growth in bank lending remains consistent with recession (broken record, I know) rather than anything like a recovery or a period that might generate inflation. Context matters, and ignoring or shielding it is irresponsible. 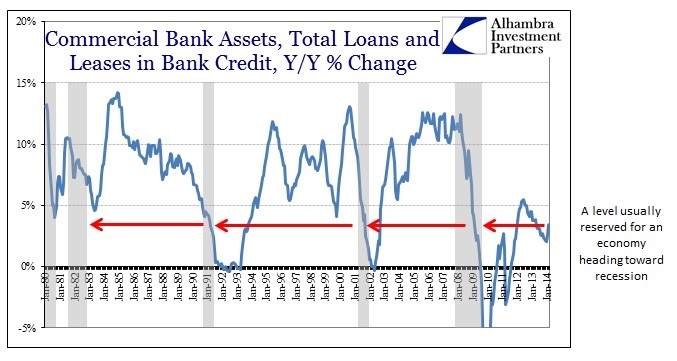 Since I am already on the subject, I might as well include a corollary to the sentiment above – the myth about corporate cash levels. Here, as in lending, the surge in corporate cash supposedly portends a sudden and similar swell in capital expenditures, unleashing the real recovery ingredient. Companies have to do something with all that cash, as this tale is told (although its adherents never explain why corporations might now choose capex over even more share repurchases). 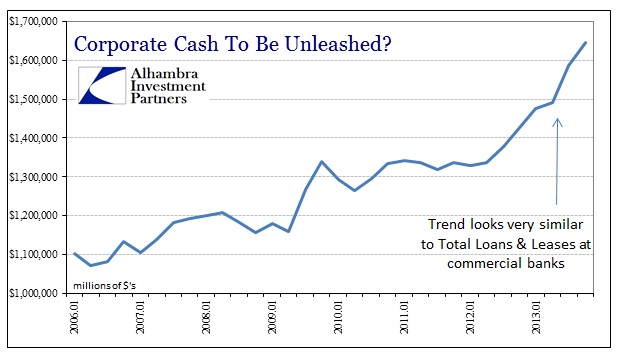 Yet, monetarism provides the exact answer as this cash is already “doing something”, though it may not be to the liking of optimists and orthodoxist parrots. 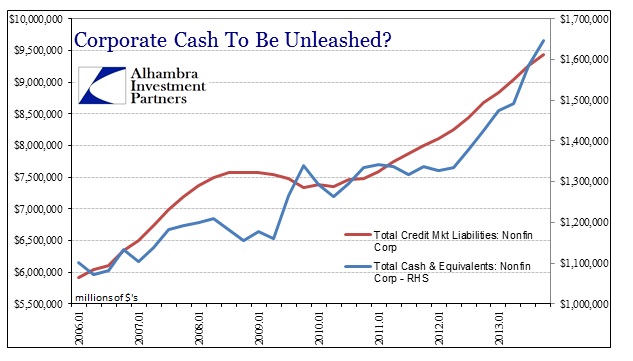 Like it or not, the real surge is in business borrowing, either through banks or, in greater proportion, bonds. In other words, businesses in the US have had no trouble at all obtaining an ocean of lendable funds at excessively cheap rates (former follows the latter). Cash at these levels is actually nothing more than prudence, as businesses maintain a liquidity cushion against both interest rate risk and rollover risk; neither of which has been eliminated, despite protestations and exhortations otherwise.

In point of fact, cash levels scaled to debt have not much changed this millennium. 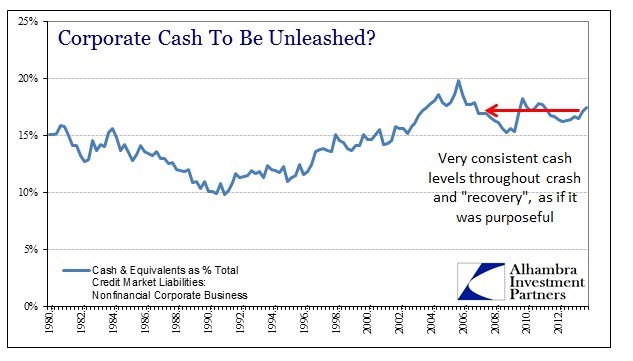 And it doesn’t matter if you use corporations as a proxy or total non-financial business, the results are exactly the same. 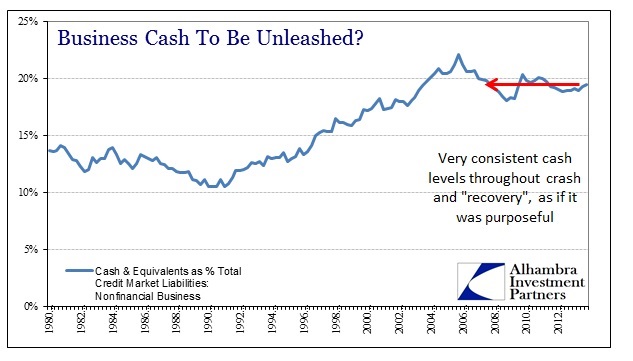 Which brings up the real question here, the one that is avoided at nearly all costs by these commentators. Why hasn’t corporate borrowing, on top of assumed record profits, led to the monetary/credit panacea that underscores all monetary thinking? Perhaps we should review the central tenets of monetarism as it seems that without a dispersal mechanism across a wide base all this credit instead becomes concentrated. That leads, of course, to an economic system where Dollar Tree is closing hundreds of stores and WalMart complains about inventory levels, but Lamborghini and Jaguar are seeing record sales.

The entire economics narrative needs to shift away from credit-driven monetarism to wage income provided by free market capitalism.