The Nemesis of Escape Velocity Is Gravity

The Nemesis of Escape Velocity Is Gravity

The two common themes that have emerged from this morning’s memorably rotten GDP report are weather and Obamacare. You know it is bad when mandatory health insurance purchases coupled with a surge in premiums gets PCE to only 1% below what might be considered weak growth. Beyond that, nearly all of the orthodoxy has declared first quarter GDP to be irrelevant due to cold and snow.

Back in November when GDP “surged” by a 4% SAAR, it was common to hear the words “acceleration” and “escape velocity.” For example, at that time the Chief Investment Strategist at Merrill Lynch, Michael Hartnett, opined that,

“The good news is that BofAML data appear to confirm that escape velocity for the U.S. is tantalizingly close, although it appears as if the U.S. economy may require a final push to achieve above trend growth,” says Hartnett. “Lending growth data, probably the most critical piece of the growth puzzle, suggest that the credit crunch is coming to an end.”

There is no way that an economy “tantalizingly close” to escape velocity is so severely derailed by only snow. Such incongruity simply ruins the premise. To go from 4% to 0% in the space of only six months is exactly that.

Nearly every major economic segment declined or was at best flat. Of the only two economic pieces showing even minor growth, one (imports) is actually a negative reading on American consumers as they purchased fewer goods from overseas. 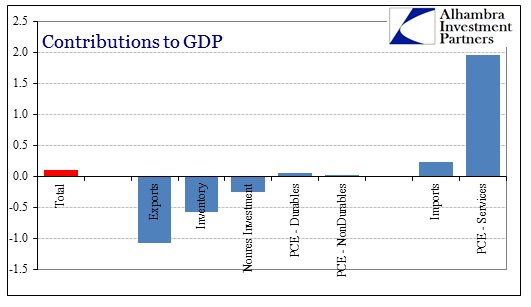 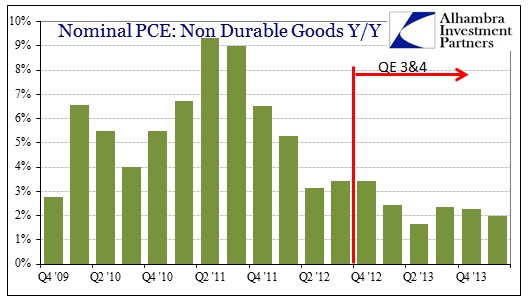 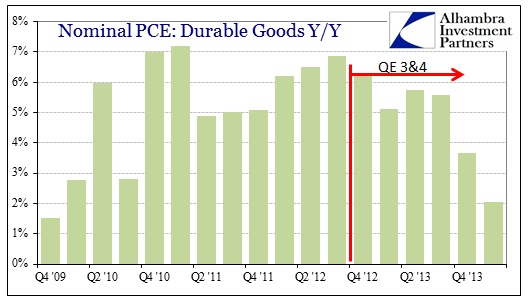 Once again, we see absolutely no boost from QE. Beyond that, the results in durable goods should be more alarming as they hold far more predictive value about future trajectories (and discretionary spending). 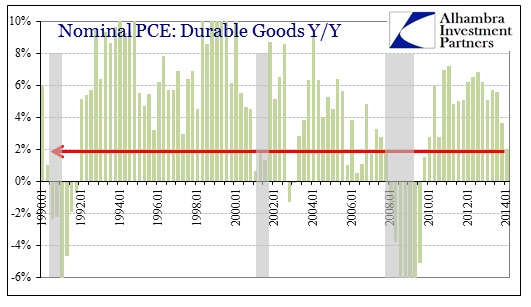 Other than the apex of the housing bubble, durable goods spending at this level is usually indicative of recession (like so much other data).

But it’s not just consumers showing cyclicality. Business spending and capex continue to lag and decline (see: computers and tech, like IBM). Across all business investment segments, which includes tech, transportation, industrial equipment, etc., the trend is both clear and complimentary to household spending (perhaps they are related?). There is no discernable correlation, other than perhaps negative, with corporate cash. 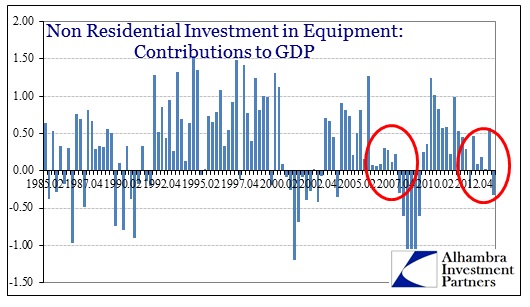 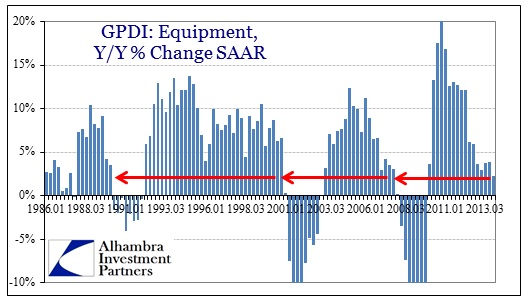 Again, the lack of acceleration across all these broad segments points to only ideology driving such hope. As Mr. Hartnett surmised back in November, even though mortgage decimation was becoming fully apparent, that the final stages to “escape velocity” would include “real estate, banks and small businesses.” 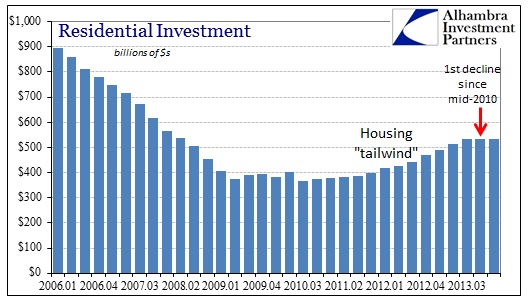 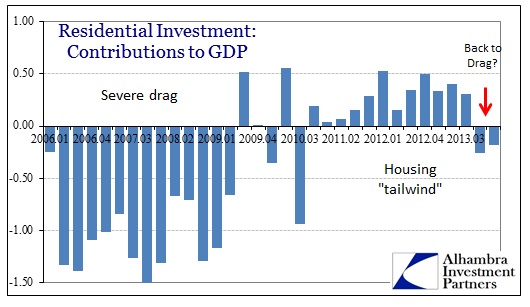 Real estate, which should not be “unexpected”, has indeed shifted from providing an economic “tailwind” contrary to these baseless predictions. Given the recent figures on housing, I might even look for downward revisions in the next GDP release next month. In any case, real estate does not look poised to push the economy to its breakout point, or even to be anything other than a drag once more.

All of these pieces point in the same exact direction at the same time. It might be easy and convenient to dismiss them as snow-driven distraction, but these trends all predate winter, and by more than a few quarters. Further, GDP has been continuously boosted by inventory (perhaps the only measurable QE distortion outside of asset prices), but I’ll save that for later.