No Hiding From Credit, European Style

No Hiding From Credit, European Style

As much as there has been movement and drama in US credit, the same can be said of European credit. That is, of course, no surprise given the vast linkages between the two, but that does not necessarily diminish the European “flavor” of those home “markets.” Most attention is paid to Germany and its bund market, and for very good reason not only for its size and economic position but how it has been at the forefront of this dour curtain that has descended yet again. 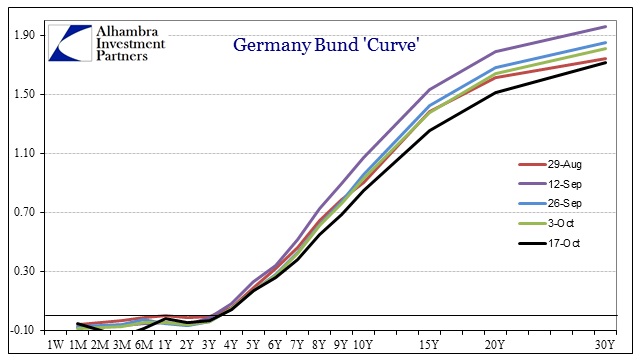 The notable flattening of August, only temporarily disrupted in September, has taken a big step this week. However, my attention is actually drawn elsewhere to outside the euro system. The Swiss curve has also flattened, but with a pivot at about the 9- or 10-year maturity that I think is perhaps significant. 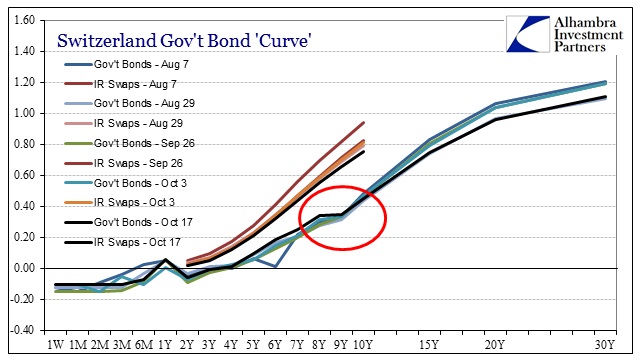 Also beyond the reaches of the euro, Denmark’s government bond curve shows much the same change – flattening at the long end with less negative rates or slightly higher positive rates at the shorter end. The Danish “pivot” is drawn in further than the Swiss, at about the 5- or 6-year maturity. 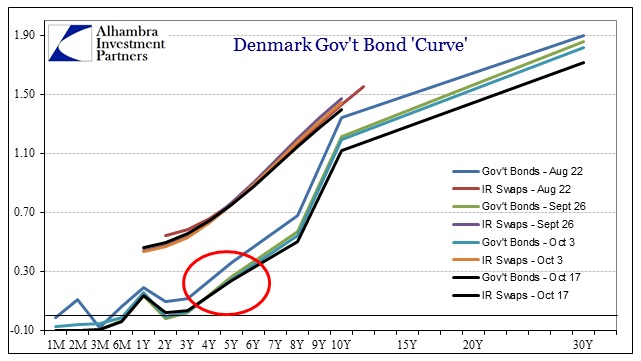 Curiously, however, swap rates in Switzerland are not following the cash market. Swap spreads have compressed more than a little this week despite what amounts to cash selling in the bond market. 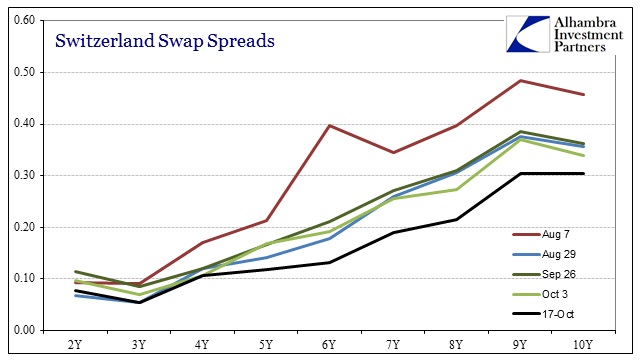 As you can see above, the compression sticks out greatly, thus setting derivatives market indications somewhat in opposition to the cash market. That, to me, has all the signs of being related to the ECB and whatever it is trying to do or promise (covered bond buying seems to be the savior du jour). What we can perhaps infer from these positions inside and outside of the euro is that “investors” have taken that the ECB will at least take some action toward financial preservation (and thus less cash need for francs or krones) but ultimately that will have little effect on the economy (flattening curves).

That would seem somewhat consistent with doubts about central bank efficacy growing in recent months. We might (and I stress might) extrapolate that European finance sees the euro itself as an agent of liquidity but not economy. That would be perfectly consistent with so much malaise seen globally lately, a fitting end to a most dramatic week.