At This Point, What Difference Does ‘Some’ Make

At This Point, What Difference Does ‘Some’ Make

Despite being the last FOMC meeting before the ever-expected rate hike in September , there was a whole bunch of nothing in markets before and even after the policy statement. Even the typical knee-jerk was less than on prior meetings. Maybe traders have come to expect so very little from the policy statement, focusing more on the inanities and silliness of the broader minutes. Whatever the policy thinking, markets were not much moved.

If anything, there was the familiar “dollar” bias of the past few weeks, which is not a positive sign. Copper remained slightly higher throughout the session, with August futures picking up a penny to stay above $2.40, unmatched to the 13:00 CT statement issuance. WTI futures, on the other hand, gave back half the gains accrued at the open (likely more so on production cuts) without really much volatility – a negative drift rather than a forceful execution of any change in policy expectations. 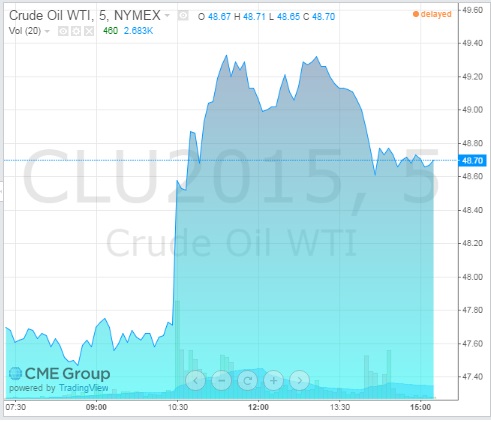 Even eurodollar futures were decidedly unimpressed. The June 2017 contract, which I think is one of the more important and meaningful maturities in this policy context, spent most of the session going nowhere. With the eurodollar curve flattening again and sticking lower in the nearer terms, that is, again, not a positive signal as far as the “dollar” is concerned. 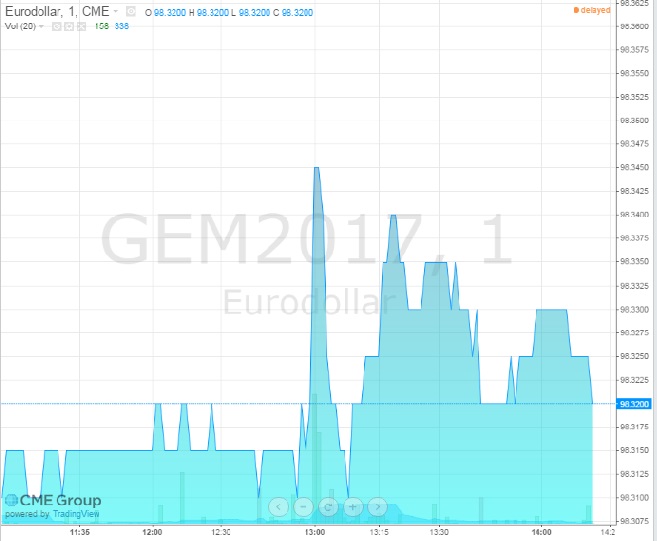 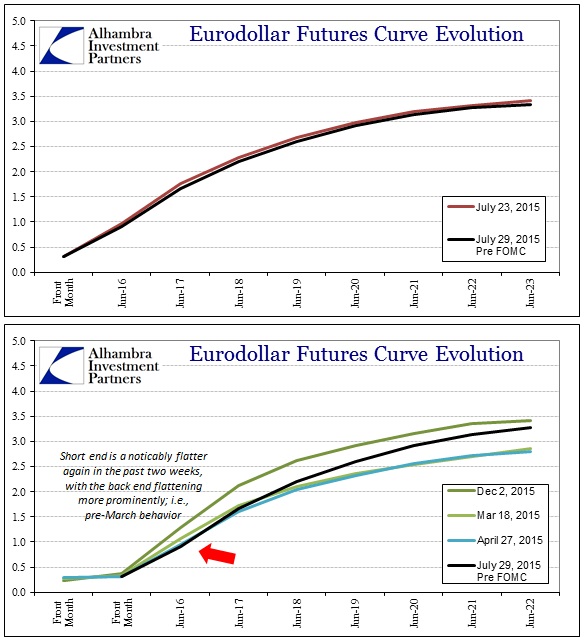 The only word of significance in the redline comparison to the prior statement is “some”, as in around the FOMC’s description of improvement in the labor market. In June, the statement read,

…it will be appropriate to raise the target range for the federal funds rate when it has seen further improvement in the labor market and is reasonably confident that inflation will move back to its 2 percent objective over the medium term.

…it will be appropriate to raise the target range for the federal funds rate when it has seen some further improvement in the labor market and is reasonably confident that inflation will move back to its 2 percent objective over the medium term. [emphasis added]

The qualification is odd, though I would like to hope that it is just a prank where the FOMC members, keenly aware of their unearned power and prestige to the point of the entire financial world and its captured media parsing single words, decided to the minimal change out of world-worn boredom. The balance to the change, however, seems to be a shrouded nod to the trap the FOMC has set for itself, one that has been in motion for longer than QE3. The asset bubbles are serious and it has always been the hope, diminished severely with time, that great and sustainable growth would cushion the policy withdrawal. That was even the fullest expression as late as a few months ago before the 5% GDP “certainty” of last year melted into the spring thaw of the “somehow” undeterred and gathering slump.

The word “some” as an addition may yet signal the two sides of the problem, that the asset bubbles can no longer be supported as they seem to be but that the economy will be whatever the economy will be; some labor market improvement is apparently deemed now as good as it may get.

This isn’t that far out of line with recent pronouncements, as Janet Yellen in her last speech as much admitted that there was more than a tinge of illusion to the unemployment rate, and that was significant. Recall:

The low unemployment rate “does not fully capture the extent of slack,” she said. “I think a significant number of individuals still are not seeking work because they perceive a lack of good job opportunities and that a stronger economy would draw some of them back into the labor force.

Whether or not the FOMC ever gets that far is almost moot, as if the longer-term readings on credit and the “dollar” suggest that at this point the FOMC proclivity is only to make a very bad situation, growing worse all the time, even more problematic. The trap was always about the grand imbalances no longer feasible regardless of what the FOMC does, and that seems to be the approach in 2015, almost as if the FOMC is reaching a PBOC moment.

The financial side of the equation seems set upon its course no matter what they do, so again there is a lot here that is given far more significance than it really deserves (of which I am guilty right now). If there is a summation to all this, it is that the FOMC’s decision has very little to do with the economy, except that the distinct and obvious lack of progress, with 2015 slumping further away, complicating all of it. To that end, that view hasn’t changed since November 20, 2013, so the rest of this is just, as markets did today, probably worth ignoring.