After nearly coming in flat for June, wholesale sales fell almost 5% year-over-year in July. That is the second worst month of this “cycle”, bested only by May’s nearly 7% drop. The six-month average is now -3.2% which is uncomfortably close to the worst part of the dot-com recession which only averaged -4.0% at the low. Despite that sales environment, inventories continue to expand. Year-over-year inventories grew still by just under 5%, marking an almost 10% spread between sales and inventory. 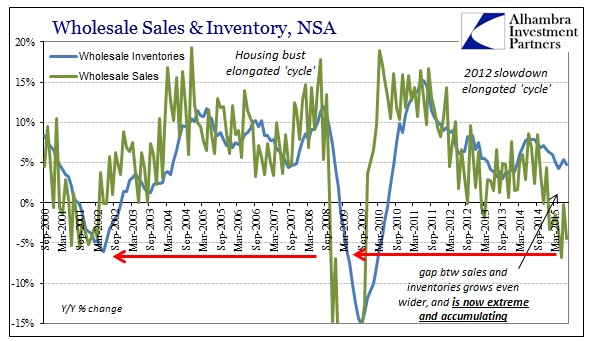 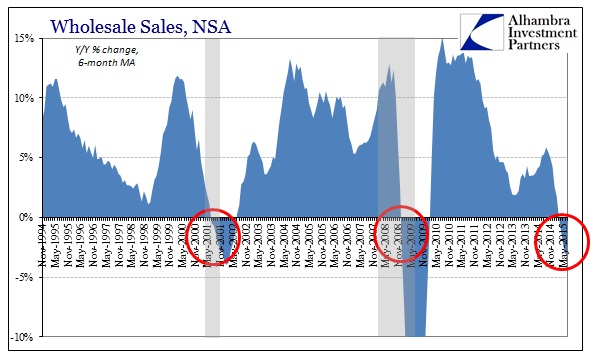 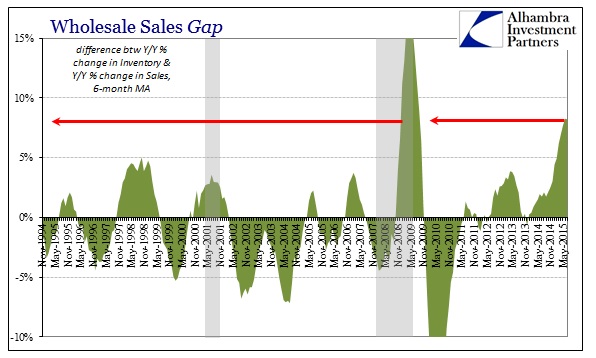 Convention, at least as far as mainstream economists and media commentary, want to make this about petroleum prices exclusively but that just isn’t the case, easy as it may be to mislead in that direction. By all counts petroleum and not petroleum, wholesale sales vs. inventory are at recession extremes. Non-petroleum inventory-to-sales remained at nearly 1.4 in July. As you can plainly observe below, the ratio jumped starting January 2015 and has not been alleviated with inventory cutbacks despite the sales environment. 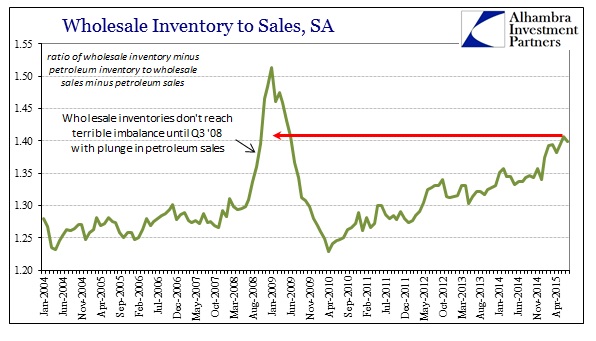 Both with and without oil and oil price effects, wholesale sales have fallen into a hole (I feel obligated to add “unexpected”) this year which hasn’t been nearly alleviated despite any slight rebound in the past few months. Even the seasonally-adjusted figures ex-petroleum remain below October 2014, with renewed declines overall as the next “dollar” wave starts to bite. 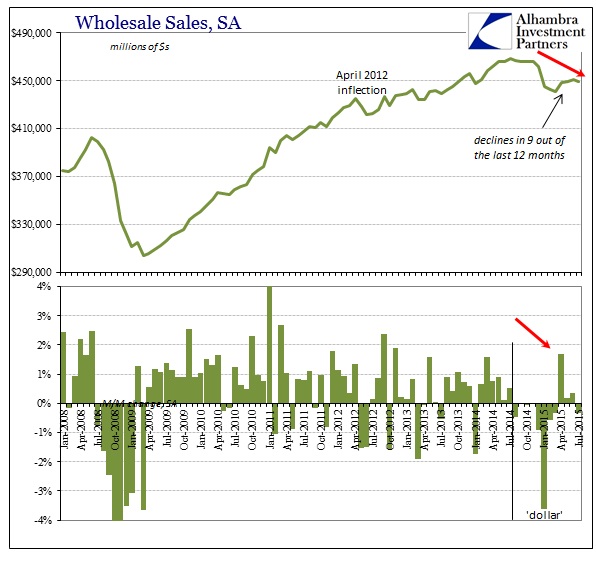 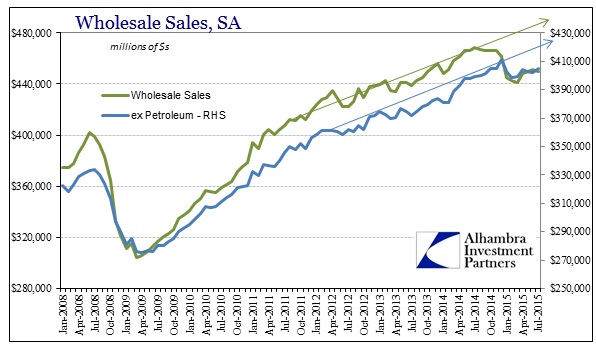 As stated numerous times in the past few months, this inventory imbalance remains quite severe despite cutbacks in production taking place almost everywhere. That, of course, includes global trade which has certainly been suffering the distinct lack of “demand” no matter how many QE’s have been done all over the world. The longer this continues the sharper the eventual reversion; all that is waiting is some spark, some part of some industry to throw in the towel on the dominant growth narrative unleashing the domino or snowball effect. That is the potential scale here, as the production world is already in imbalance (due to those QE’s) simply waiting in anticipation of robust “demand” that never arrived. Now that has to factor with not just flat sales but actively declining.

The longer this goes on the more likely the first domino tips in short order. It has been, contra weather, seven months already and the next “dollar” pressure is yet to be fully incorporated and measured.