Much like global “inflation”, if you set out to find global “demand” you will be hard pressed to find it.  QE was supposed to be a huge boost to aggregate demand, through inflation expectations, yet the score in 2015 is hugely negative.  Overseas problems are not unfortunately so remote, despite all mainstream protestations, as you can simply trace it all back to our own shores.  The US, whatever state of recovery or cycle now, just isn’t buying anything.

The latest trade data for September was routinely ugly; an especially illustrative clue about the state of US “demand” when severe contractions are quite now normal.  On the export side, there was improvement but only insofar as August was tremendously dour.  Exports declined “only” 6% in September after having suffered nearly -11% the prior month.   Exports have contracted by at least 4% in every month this year, and by more than 5.4% in six out of the nine. 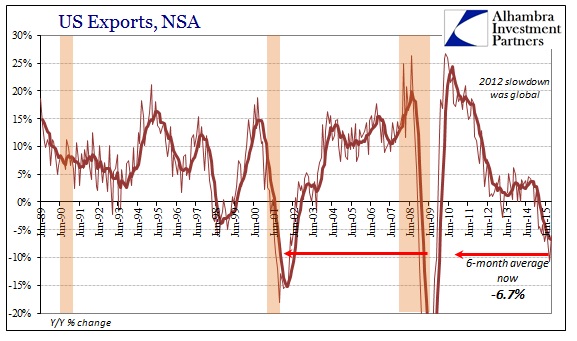 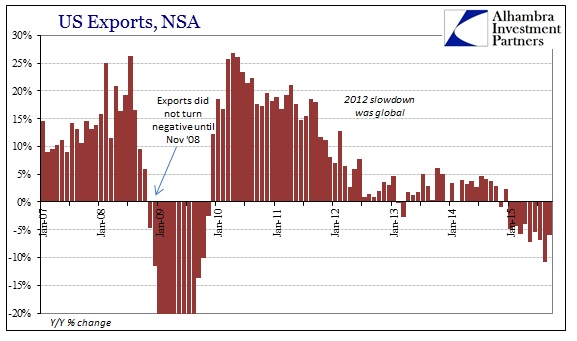 Where that fits the “overseas” narrative, imports, however, suggest instead the actual global genesis toward trade recession.  Again, the US isn’t buying from overseas which in turn has caused any number of follow-on, feedback effects that are just now coming home as that export depression.  Among them is the Chinese response to what they see as final fulfillment of QE’s failure; the US continues to import at a flat pace from China, whereas China’s capacity (and the debt covering it) is attuned to 20-30% growth. 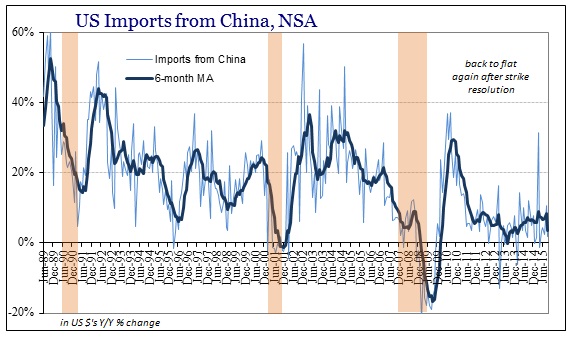 Recognizing that US “demand” is structurally impaired and getting worse is the primary factor animating all of China from monetary policy to internal economic politics.  Commentary continues to blame oil for US import declines but America gets none from the Chinese; in September US imports from China grew by just 1.8%, with a 6-month average of just 3.5%.  Those may be positive numbers but in proper and relative context they amount to disaster for China (explaining everything from IP to sustained sub-50 PMIs) while suggesting absolutely nothing good about the US economy and consumers. 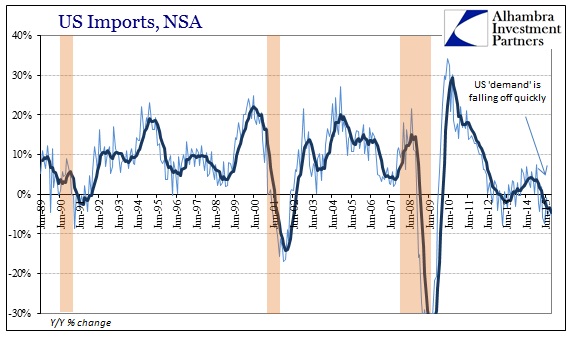 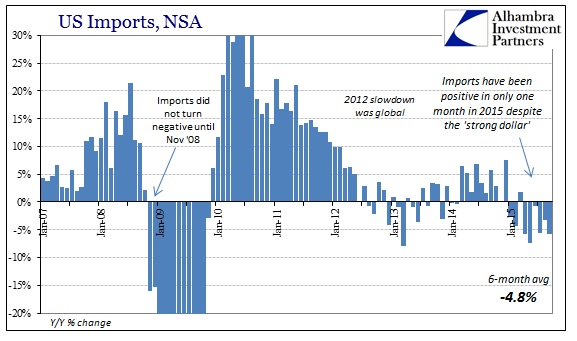 Total US imports fell 5.7% in September, bringing the 6-month average down to nearly -5%.  Given the quarterly import pattern, September’s sharper downturn suggests even worse “demand” moving forward.  Dating back all the way to the end of 2013, each end month of every quarter has marked a distinct progression.  Thus, the pertinent comparison for import trade in September is not August’s -3.3% but rather Q2 quarter-end June’s -0.8%.  From this quarter-end view, US “demand” is looking especially pejorative. 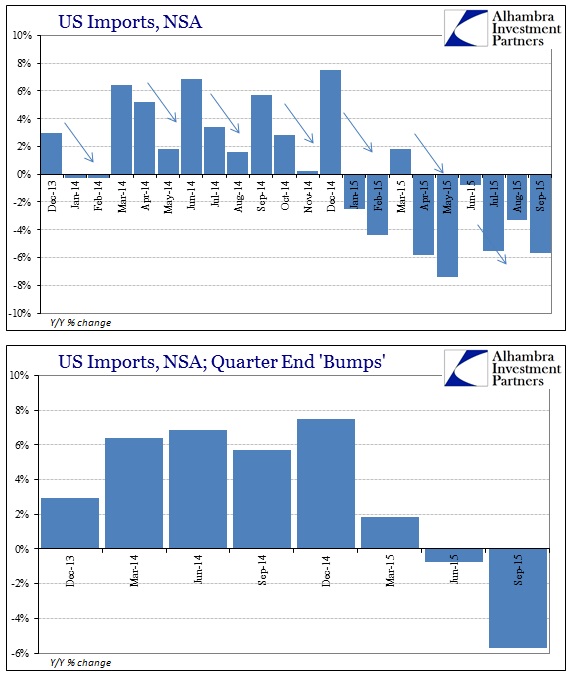 If there is a looming global recession (or even one already in progress) it cannot be separated from the US economy.  As one of the primary end markets (the other being the economic paradise of Europe) the global supply chain points its end here.  Emerging markets are in total disarray and facing perhaps unprecedented disaster (due not so much to the sharpness of the downturn, which was worse in 2009, but that it lingers and lingers and lingers without end) because China has refaced its economic priorities due to these trade figures.  The global rebound and recovery died when the US consumer was “unexpectedly” ransacked in 2012.  Everything since has been really about various individual systems coming to terms with that and adjusting to it.

If QE has had any positive effect, like ZIRP, it cannot be found here. Instead, there is far more to suggest negative influence – such as the 2012 turn itself. 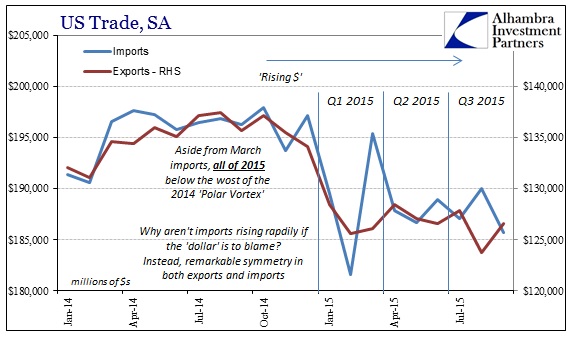 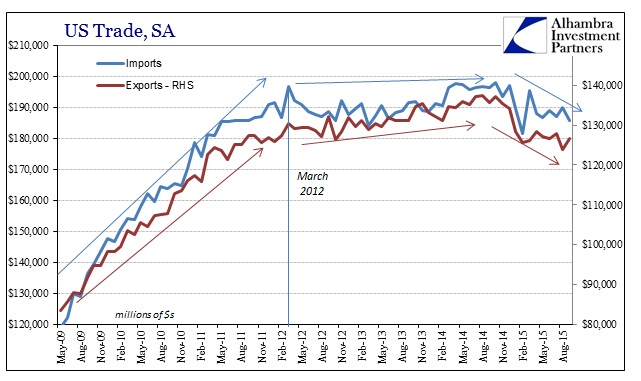