The release of wholesale sales for September showed very little change in the stretching condition of sales against inventory. Overall, sales declined year-over-year for the ninth consecutive month and ten out of the last eleven. At -3.6% in October, that compares to yet another gain in inventory, this time +4.5%. That leaves the 6-month average for inventory at +4.6% which is an “improvement” only compared to the +7.6% average from last October (and thus answers how rapidly and continually rising inventory might still subtract from GDP). By comparison, the 6-month average for wholesale sales is now -3.9%, or practically indistinguishable from the bottom of the dot-com recession. 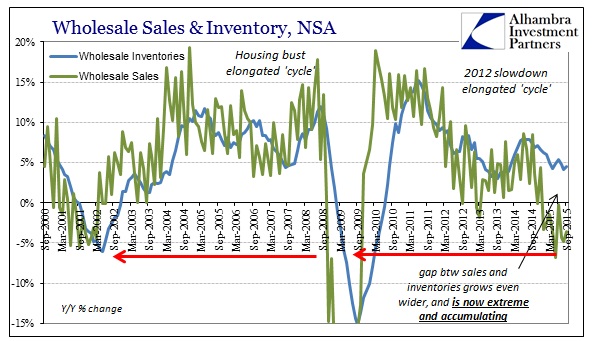 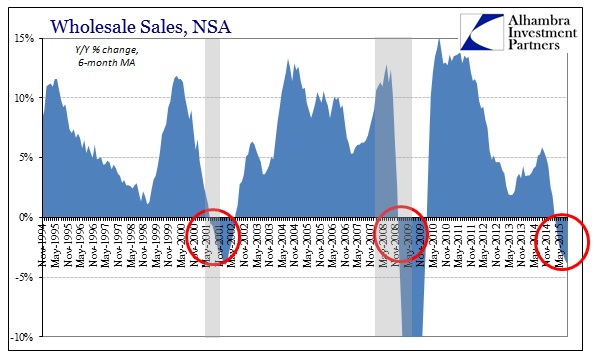 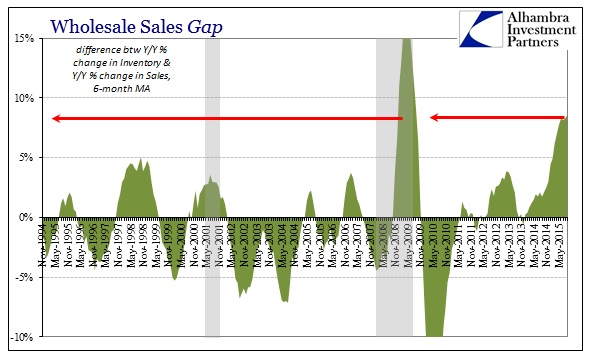 There is not much more that needs to be added except to re-emphasize that this inventory imbalance is both gigantic and generalized. It is not petroleum alone, as the inventory gap is found throughout the entire supply chain, manufacturing to retailing, and even now includes autos. Despite rather pointed production cuts already, as you can plainly observe below there has been no improvement in the inventory standing whatsoever. That is, instead, a sharp contrast to the dot-com recession which saw inventory imbalance peak almost at that recession’s outset (April 2001). Total business inventory-to-sales had fallen from 1.45 in April 2001 to 1.35 by the time wholesale sales accumulated the worst of the contraction.

In other words, the dot-com recession “fixed” the inventory imbalance as the decline in sales was met by a greater decline in inventory; by early 2012 production could move into the mania of the housing bubble unobstructed. In 2015, despite, again, serious economic austerity already, there is no such improvement upon any inventory function anywhere. 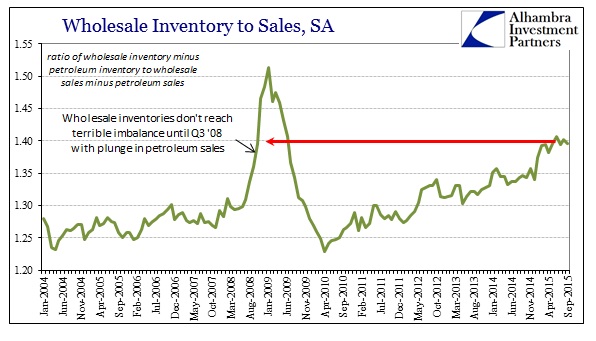 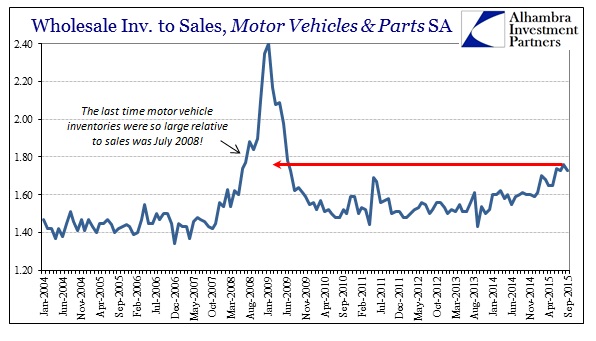 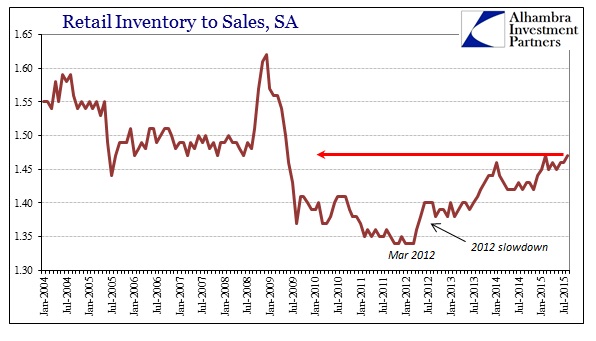 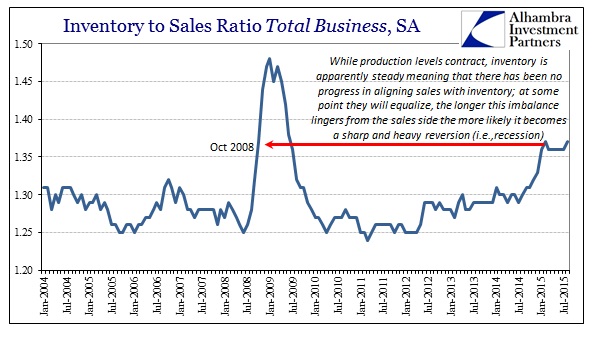