Did Something Blow Up in Junk?

Did Something Blow Up in Junk?

There isn’t much as far as confirmation, but it increasingly appears as if “something” just hit the triple hooks (CCC) in the junk bond bubble. At least as far as one view of it, Bank of America ML’s CCC implied yield, there was a huge selloff that brought the yield to a new cycle high (low in price) above even the 2011 crisis peak. 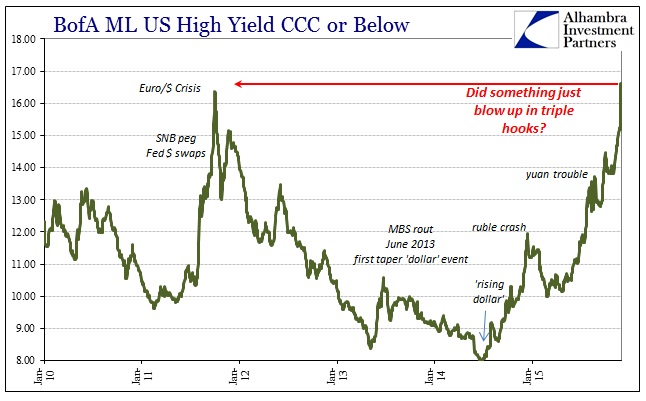 Now, this had occurred before on August 13 amidst the growing carnage in the “dollar” run through the PBOC and China. The published rate for that day was just over 16% and a similarly huge jump, but that was quickly revised (no reason given) to actually less than the day before. Further, that pricing revision applied to BofAML’s Master II HY index, as well, which had also been initially published in an explosion that day only to erased quickly after. 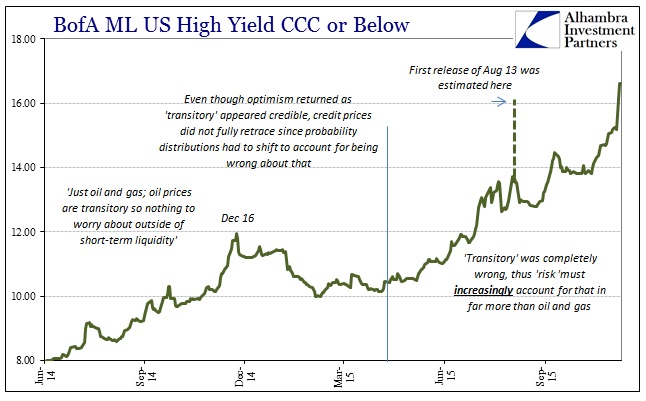 This time, the CCC index is by itself in showing “something.” Neither the Master II nor the S&P/LSTA Leveraged Loan 100 are following suit. Whether or not that suggests another pricing problem isn’t clear, but the fact that the CCC index actually surged Monday to 16.61% and was reported again yesterday at 16.60% begins to indicate this was an actual trading outcome. In other words, as junk bonds have been the leading edge to the domestic end of the “dollar” run, this demands close and ongoing scrutiny in light of a potential escalation.  After all, this is just another indication of how advanced the deterioration has become, when the “usual” carnage and selloff is no longer noteworthy, giving way to only the (possibly) spectacular. 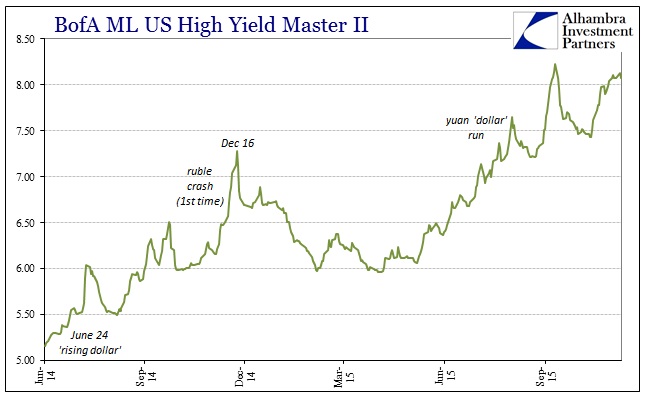 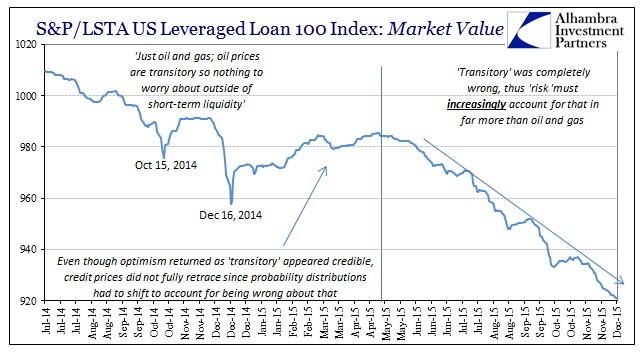