China has exhibited the tendency of late toward political considerations of certain economic and financial factors rather than allow open interpretation. That point has been expressed about Chinese GDP but it also applies to Chinese markets, particularly those directly connect to the “dollar” – the CNY/USD exchange rate compressed to a straight, horizontal line from March until mid-August and now O/N SHIBOR meanders so little as to make fractions of pips the operative scale. Unlike those, or maybe very much like them, who really knows, “inflation” statistics are supposed to be several steps closer to source material, though still shot through with imputations and adjustments.

For the fourth consecutive month, China’s PPI was published as -5.9%. Two months in a row is coincidence; three risks unlikeliness; four is pushing it. I have no credible knowledge that the PPI is being manipulated, of course, only exercising what is to me quite reasonable judgment. As with those figures, rates and prices noted above, there is a tendency already employed to massage (and blatantly, I might add; nothing so announces artificial presence quite like a straight line) once conditions venture “too far” toward troubling. Again, that has been particularly the case with anything related to China’s “dollar short”, of which the PPI is in that mix. 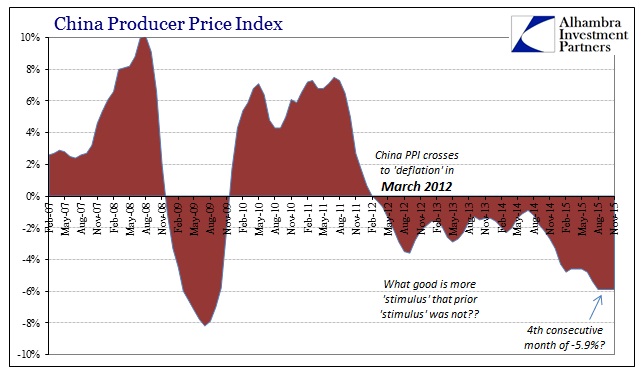 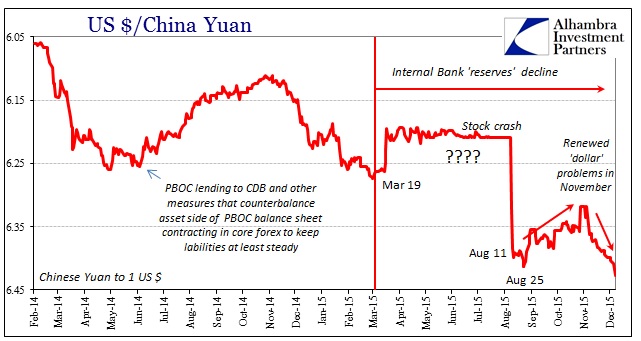 Producer prices actually capture all these elements, finance, currency and overcapacity, in a single reductive number that has, consistently in the past, warned of global retrenchment; i.e., recession. 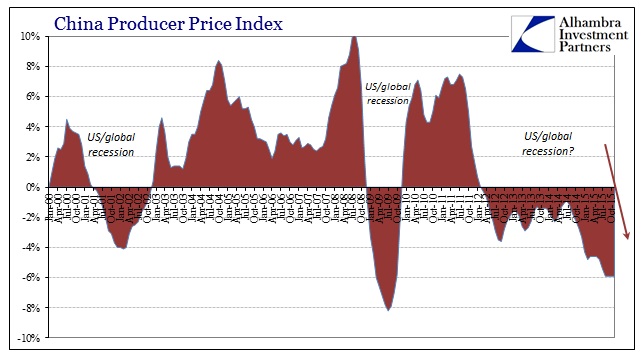 That point survives no matter the conjecture about four months of the same number. The same holds for China’s CPI, which rather than directly respond to repeated rate cuts, including three consecutive “double shots” (reduction in both the money benchmark rate and the reserve requirement), has shown no propensity other than concerning dithering. What that illustrates instead, quite like the PPI, is that all the monetary “stimulus” is being swallowed up rather easily. “Clogged transmission channels” had been all the rage here surrounding the same curiosity in US (and Europe, and Japan) “inflation”, tying all these together under one unifying regime – the “dollar”, the credit-based reserve currency where nobody wants to provide the credit part. 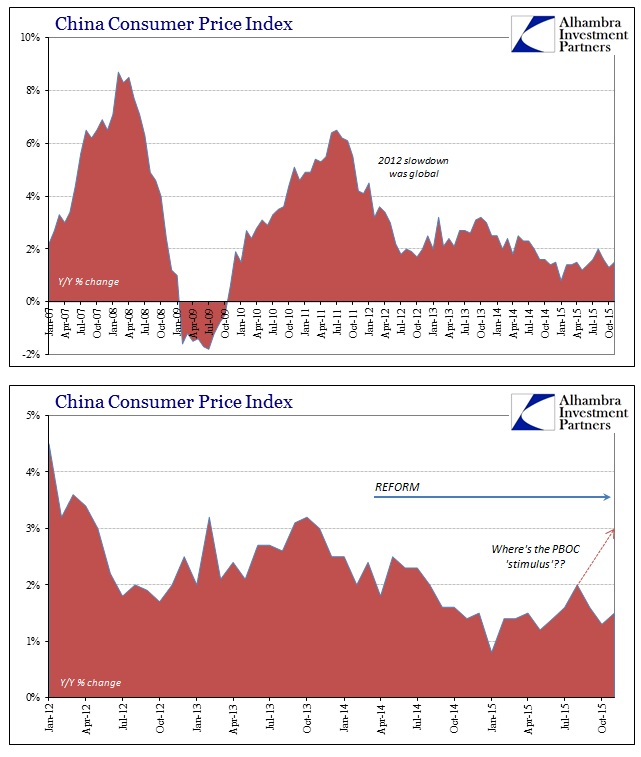 China’s inflation estimates, then, show at the very least nothing has changed in November except the possibility of “something” perhaps forcing the Chinese officials toward some view of soft suppression. It is at least possible, since I find it extremely unlikely that -5.9% would repeat four straight times, that the financial and now economic turn has been heightened so that, given the official proclivity to subdue troublesome data and prices elsewhere of late, there might have been an obvious effort to “cushion” it. Add to that the very sensitive condition of China’s financial markets and position overall right now and what is reasonable conjecture turns quite understandable.

In many ways, it almost isn’t necessary in even the narrow view of a PPI; given the unifying “dollar” nature of all these troublesome outbreaks, we can simply extract the degree of recessionary pressure from PPI’s and CPI’s elsewhere. These are not supposed to so closely align, but that they do and especially in the past 18 months leaves little important interpretation to actually doubt and fuss over. 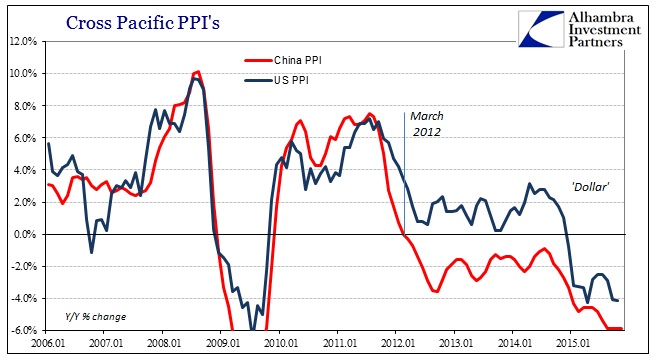 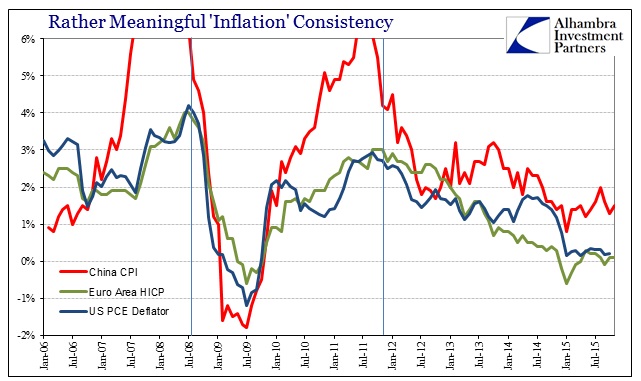