Let’s Get This Over With: Factory Orders More Toward Finality

Let’s Get This Over With: Factory Orders More Toward Finality

In seasonally-adjusted terms, however, December was a big drop, nearly 3%, which brought the level backward to equivalent with the middle of 2011. If a recession is a prolonged period of wide scale interruption and decline, US factory activity clearly fits the definition already. 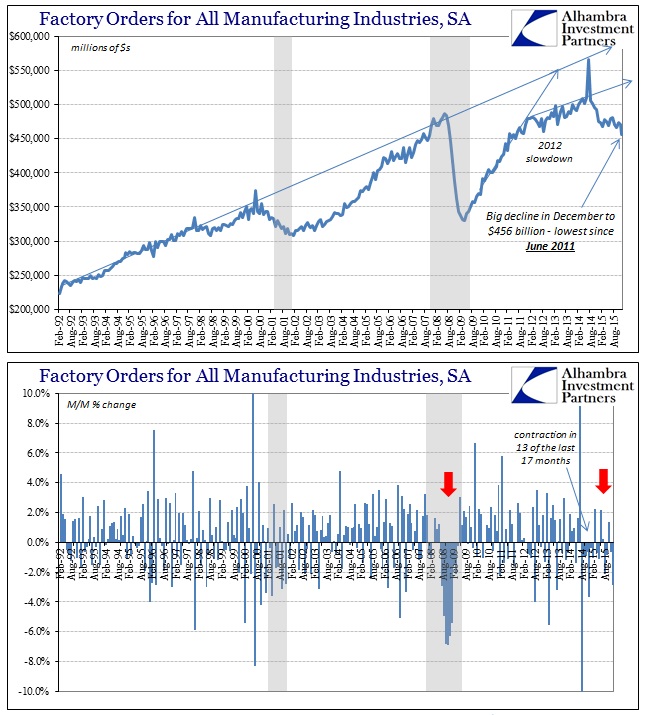 The entire contraction for factory orders, both down and up, in the Great Recession was 14 months; the dot-com recession was slightly longer in production, with factory orders falling for 16 months straight and 18 out of 19 at the longest. The problem with our current recession is that there is no end in sight even after 14 months. With the large drop in seasonally-adjusted sales for December, the advance figure on inventories was contrarily positive meaning that the sales to inventory gap only widened further; a lot further. 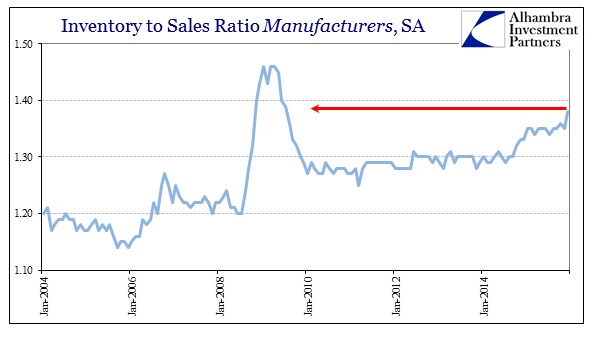 The biggest discrepancy in terms of inventory and sales was transportation equipment, where inventories rose 1.3%. Sales in that segment, however, plummeted by 12.6%! With transportation, including autos, a major pillar of even this awkward and uneven recovery so massively out of balance, that indicates only more and greater production adjustments ahead (these figures are for the month of December). 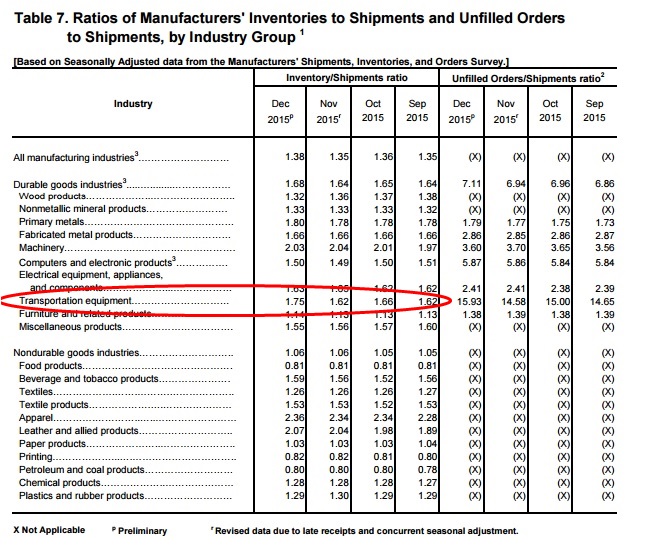 Thus, the real worry is how businesses (and then consumers) will respond to 14 months of recessionary circumstances that accomplished so very little, unlike the prior periods of declared recessions. I am positive we have seen nothing like this before where recession actually shows up before the real recession hits. It makes analysis and interpretation quite difficult but not so much that common sense cannot apply. That is why, I believe, asset markets have surrendered to outright nervousness interspersed with liquidations, as the overall fundamental baseline pierces only downward. The lower we sink in the economy, with manufacturing and industry leading in that direction, the worse it seems possible when at some point still in the future the whole process really starts.

None of the usual caveats can apply, not that they ever did. In other words, “transitory” is long gone and thoroughly disproven, but so, too, is the “best jobs market in decades.” Economists have been counting and depending upon the unemployment rate as if it were some magic cloak, yet he we are. The unemployment rate through these past fourteen months of contraction in manufacturing, meaning tied directly to consumers and consumer spending, has only moved further and further to “full employment” even though production (and sales at all levels of the supply chain) has only drained. Economists remain wed to the former, and thus find themselves at a complete loss to explain the latter; left with only increasing absurdity.

If there is any silver lining here, and it is but the narrowest sliver, it does seem as if the great convergence is closer at hand. The more ridiculous inventory levels in key areas become, the more likely that the final break will get meted out in widespread fashion. If hope is truly exhausted, and it should have been long ago, then we might as well get this over with.

The number of Americans filing for unemployment benefits rose more than expected last week, suggesting some loss of momentum in the labor market amid a sharp economic slowdown and stock market selloff.

Signs of creeping employment weakness were also flagged by another report on Thursday showing a 218 percent jump in announced job cuts by U.S.-based employers in January. The planned layoffs were concentrated in the energy and retail sectors.

Energy you can appreciate given the [price collapse, but it is that latter that truly starts toward finality and inevitability – “retail sectors.” After the abysmal Christmas season despite all the hype, together with “transportation equipment” orders collapsing, it appears the goods economy might finally be at its limit; that businesses have finally said goodbye to, and made their depressive peace with, the Yellen fairy tale. If this truly is the end of the beginning, such a contractionary first phase might leave only dread about the next. 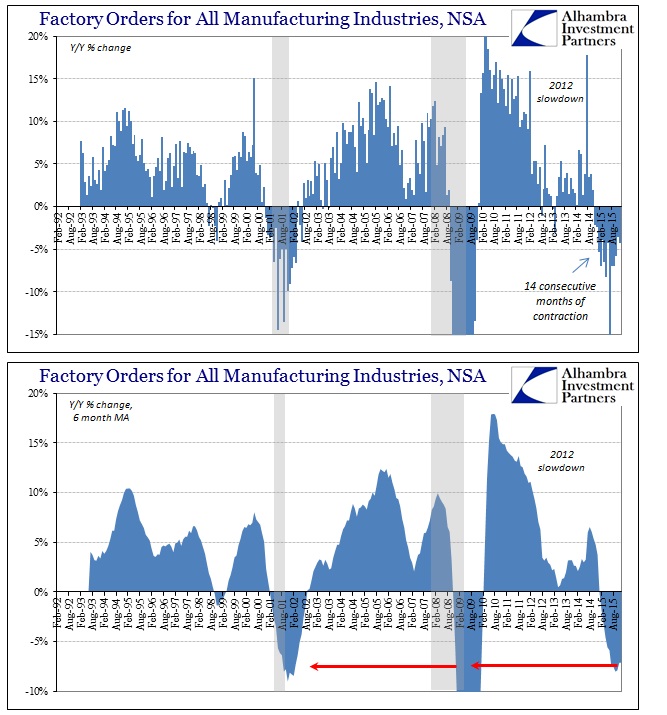 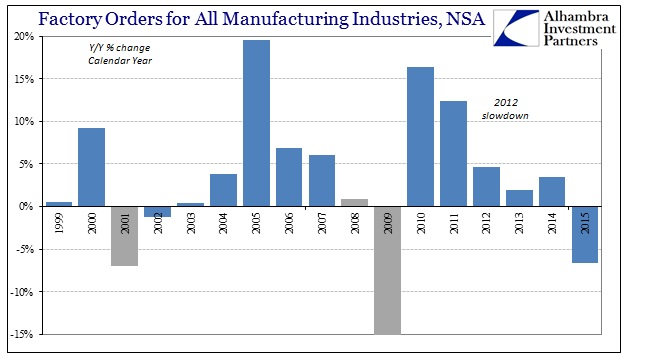 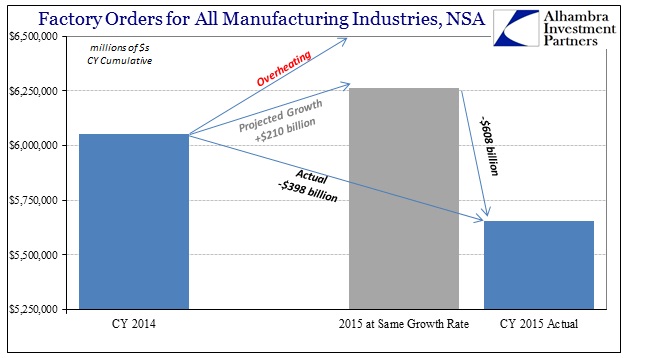