Total Social Financing (TSF) in China jumped in January which really wasn’t surprising given that the figure captures much of the central bank and whatever it does – which was a lot in January. Loan growth, too, surged giving the mainstream a desperate boost even if these estimates don’t mean what everyone seems to think. This is the typical response so far:

You can see just how “typical” as it is the same that accompanies every other time TSF rises substantially along with new loans. From March last year:

Chinese banks extended 1.02 trillion yuan of new loans in February, well above market expectations, while growth in broad money supply quickened, taking some heat off the central bank as it seeks to boost flagging economic growth.

Economists polled by Reuters had expected new local-currency loans to fall to 750 billion yuan in February from 1.47 trillion yuan in January, which marked a lending surge not seen since mid-2009.

And from the WSJ last March:

China posted stronger-than expected lending figures for February, reflecting an easing bias by the central bank in an effort to stabilize economic growth.

Chinese banks issued 1.02 trillion yuan ($163 billion) of new yuan loans in February, down from 1.47 trillion yuan in January but far above economists’ expectations of 760 billion yuan, data from the People’s Bank of China showed Thursday.

“The recent pickup in bank lending likely reflects a behind-the-scenes loosening of lending restrictions,” such as bank lending quotas, Julian Evans-Pritchard of Capital Economics said in a note to clients.

The latest PBOC lending and money data show that the central bank’s selective easing policy is working. As a result of recent policy easing, the broadest measure of money supply, M2, and bank lending were both up in May. Though some shadow-banking financing activities like trust loans were squeezed by tighter regulation, credit conditions are sufficient to stabilize China’s economic growth in the short term.

Chinese banks lent 1.32 trillion yuan ($217.6 billion) worth of new yuan loans in January, beating a 1.1 trillion yuan forecast and nearly three times December’s level, the People’s Bank of China said in a statement on Saturday on its website.

It is usual for loans to spike in January when banks try to lend as much as they can to grab market share, but last month’s surge was still the largest since January 2010.
Saturday’s figures may assuage those who worry about China’s hazy economic outlook following recent data that showed conflicting trends.

New lending by China’s banks in January beat expectations at 1.07 trillion yuan ($172 billion) and more than doubled from December. Total social financing – a broad measure of liquidity in the economy – leapt to 2.54 trillion yuan, well ahead of December’s 1.63 trillion yuan.

Economists were cautious about reading too much into one month’s data undeniably distorted by the timing of Lunar New Year holidays, which fall in February this year but were in January in 2012. Still, the consensus view suggested an economic recovery that started in late 2012 was strengthening.

The consensus view is always one that seems to suggest the “economic recovery” was and is “strengthening” even though it goes on to do no such thing. The TSF and lending figures from China are notoriously volatile around the Lunar New Year, especially January. And even though each article points out that problem each of them then proceeds to ignore it in order to make sweeping and optimistic declarations that usually don’t survive the very next economic release (on whatever account). 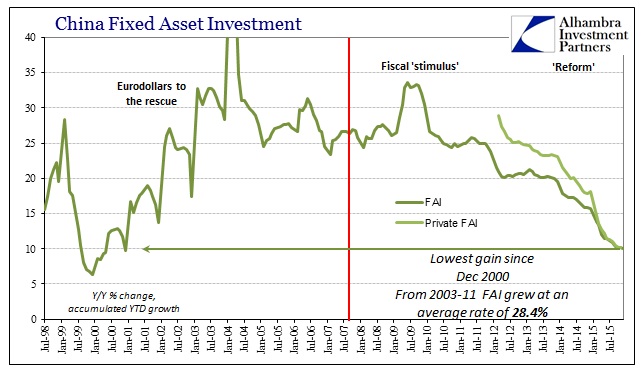 Among the many complications of TSF (and even bank lending statistics) is that they aren’t nearly exhaustive as they are taken to be. TSF refers to the idea that the government can trace total financial funding (flow) derived from all financial institutions (including the PBOC) such as banks, securities firms and insurance companies in all markets including bank credit, bonds, equities, off-balance sheet conduits and some interbank (though notably not reverse repos). Bank loans were once the exclusive base of TSF (about 95% of the net flow in 2002, the farthest back the Chinese government has reconstructed these estimates) but that has fallen dramatically especially after 2009 (the proportion was less than 50% at the end of 2012).

The surge in bank lending in the past two years may be as much a reflection upon the “shadow” Chinese system being systematically eschewed, and thus bank lending has picked up some of the difference. This might be even more relevant as China’s TSF numbers do not count Wealth Management Products, the bulk of China’s shadow function. TSF is focused upon the asset side and only really where those financial assets intersect the real economy, while WMP’s are fuzzy liabilities that can spillover in any number of ways.

In January, one factor we know without doubt is that the PBOC initiated a huge surge in secondary liquidity; SLF, MLF, etc. On its balance sheet, asset side, the amount of “claims on other depository corporations” nearly doubled likely just prior to the Golden Week. 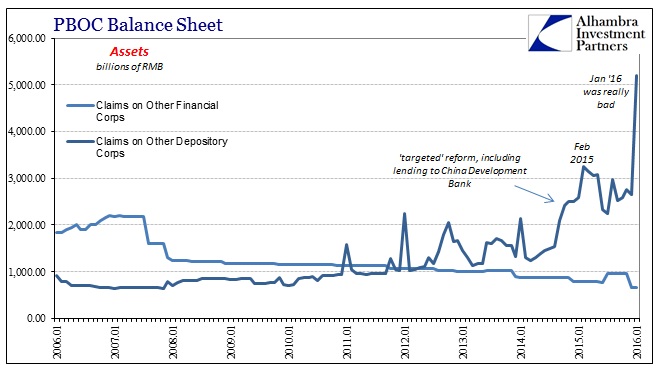 The effect of that RMB 2.5 trillion infusion was to completely erase both the RMB 612 billion decline in forex “reserves” (asset side), the main foundation of the PBOC balance sheet, and the smaller-than-expected RMB 390 billion increase in government deposits (liability side) reversing only partially December’s huge reductions. That left a huge RMB 950 billion increase in currency outstanding along with RMB 450 billion in additional “bank reserves” (classified by the PBOC as liabilities of “deposits of other depository institutions”). 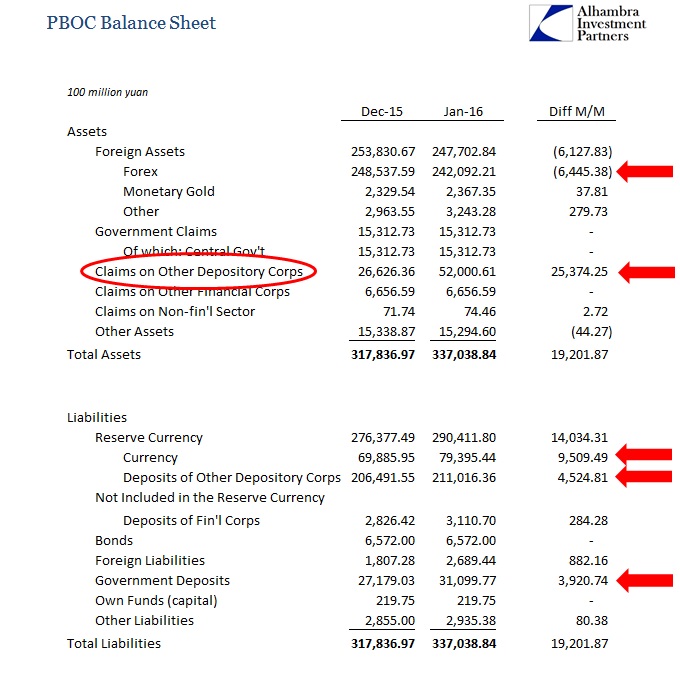 The fact that all that “liquidity” ended up as currency suggests the same as relying too much on TSF for analysis – these aggregate figures really don’t provide much clarity as to distribution which, in the case of the PBOC’s SLF and MLF efforts, might be entirely the point. As I suggested earlier today (subscription required), this is enormous cost being expended for not much (if any) actual gain in terms of more than short-run camouflaging. In other words, if TSF increases due to “money” still fleeing WMP’s (from outside to inside) and the asset bubbles what good is it if the PBOC redirects that overall true liquidity increasingly through the narrowest of channels (such as China Development Bank, the primary recipient of SLF funding)?

Beyond that, the rush inside this more defined part of the banking system might end up suggesting the same as when Japan’s consumers went into overdrive just ahead of the tax increase in April 2014. The fact that Japan’s households responded so insanely to a relatively small change in the tax rate could only suggest that they were in such rough shape as to be seriously affected – which was exactly the case as Japan’s economy simply collapsed after the tax change and has yet to recover even slightly. For Chinese banks, it might be that they realize what the huge surge in liquidity in January actually means – it must be withdrawn at some point in the future (“when” depends on its exact form). Perhaps, then, Chinese banks are especially active ahead of time in anticipation of funding being less than suggested (in the mainstream) in the near future? 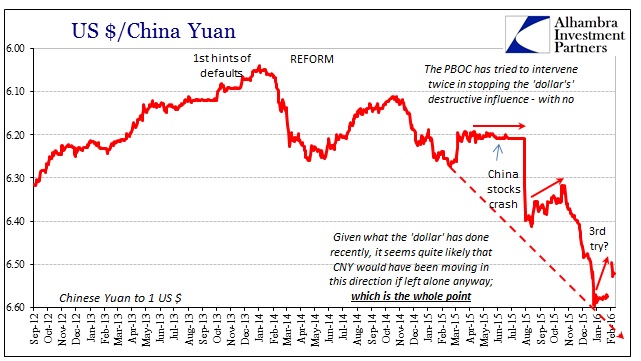 Like all economic and financial accounts, context matters. Economics has become entirely complacent in viewing any estimate or figure in a vacuum even though none exist in the real world. Just like for March 2014 in Japan when economists took the jump in household spending and GDP to be a positive sign that wasn’t, there is the same possibility of January TSF and bank lending in China.