It’s never a good sign when bank stocks are leading any retreat, but that is especially the case given recent events when several high profile banks were at the epicenter of early 2016’s liquidation rerun. As usual, Deutsche Bank and Credit Suisse are the firms most mentioned and among those most disfavored at these times. The media struggles to find reasoning since the recovery is assured with all the “stimulus” especially in Europe. Instead, the Chairmen of both banks have had to issue denials that they are privately being asked not to run for their respective board seats again even though both men replaced their top executives just last year – representing a drastic shift in strategy no less.

Deutsche Bank AG Supervisory Board Chairman Paul Achleitner and Urs Rohner, chairman of the board at Credit Suisse Group AG, used interviews with German and Swiss media to reject speculation that they have come under fire as the lenders’ stocks trade near two-and-a-half decade lows.

The bank’s shares have fallen 58 per cent in the past 12 months. They were subject to wild swings in February as investors fretted about whether it would make payments on some of its riskiest bonds, but hit a fresh low for the year on Thursday, erasing the recovery fuelled [sic] by Deutsche Bank’s announcement that it would buy back some of its own debt.

The correlation thus established, we do have to wonder about trading since March 16 or 17, especially the “dollar” and global funding conditions. There are far more potential links between “dollar” and really balance sheet capacity difficulties than will ever find their way into a mainstream article, one of which I speculated a few months ago as a potentially unwelcome resurrection of a crisis workaround to highly deficient balance sheet capacity (hedging, systemic liquidity) on offer. There are numerous visible suggestions of that deficiency, which makes the possibility that much more intriguing (and troubling).

Needless to say, it is not surprising to find both suggestions of the next “dollar” run or wave and bank stocks being prominent in correlation; finding Deutsche Bank and Credit Suisse yet again is bordering on fully expected.

The major indications today are the same as yesterday, as is the very prominent rift between yen and yuan that continues. I am increasingly of the suspicion that Japan has been pushed off into its own unfolding “dollar” disorder perhaps somewhat independent now of Japanese banks’ exposure to funding China’s “dollar short” (I wrote about it more extensively yesterday). There are several notable indications that confirm the funding interpretation suggested by bank stocks alone (below). The word I would derive from all this is “escalating.” 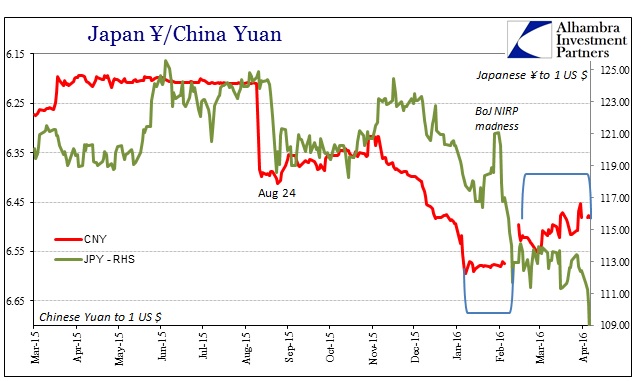 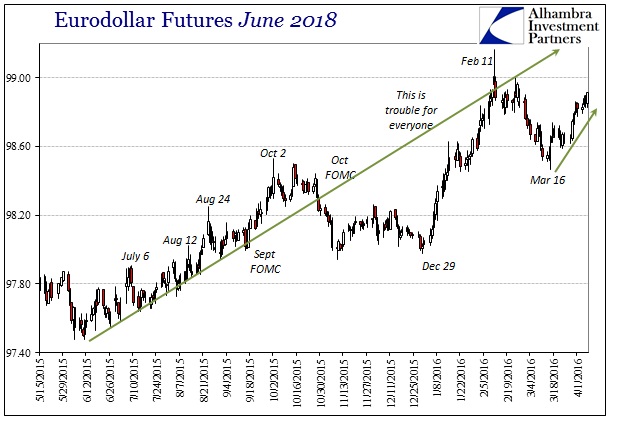 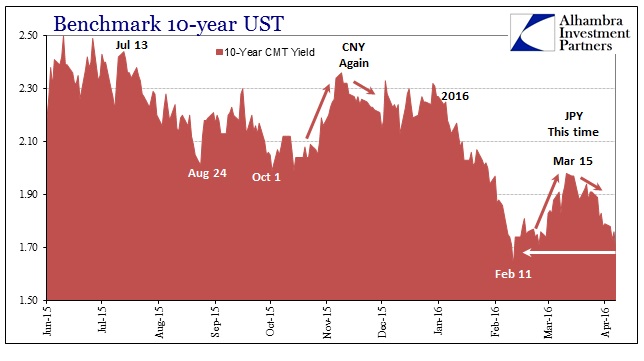 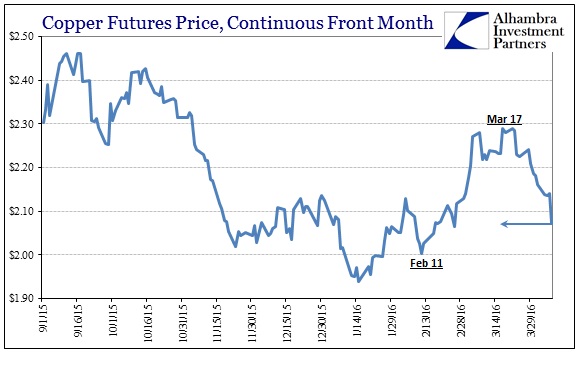 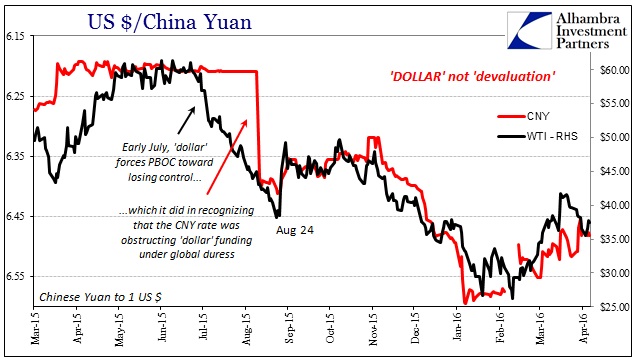