Factory Orders Get Their Revision

Factory Orders Get Their Revision

Benchmark revisions continue to flow through manufacturing and industrial figures. The latest were attached to the Census Bureau’s statistics on factory orders. Having already obtained the revisions for durable goods, this series was unsurprisingly left with a major downward adjustment. I believe there is another benchmark adjustment left to be made from the 2012 Economic Census for factory orders with the December 2016 update for the 2015 Annual Survey of Manufactures.

In any case, factory orders continue to slowly contract on the new revised baseline. In April 2016, orders fell 2.7% from April 2015, while the cumulative total for the first four months of the year was 2.3% less than the same months the year before. Seasonally-adjusted, orders rebounded to $460 billion in the latest month, still 7.4% below the prior 2014 peak. Benchmarks or not, the pattern for future US factory activity remains stubbornly upon the same slow, downward slope. 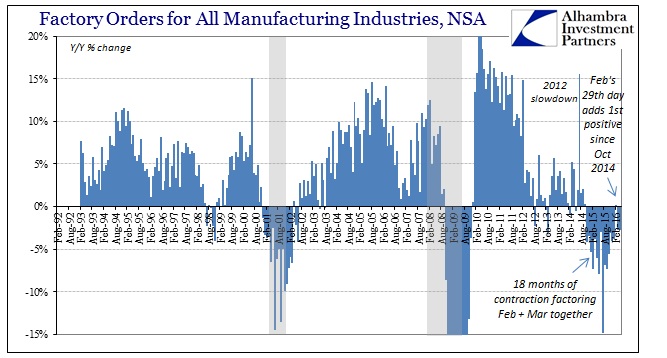 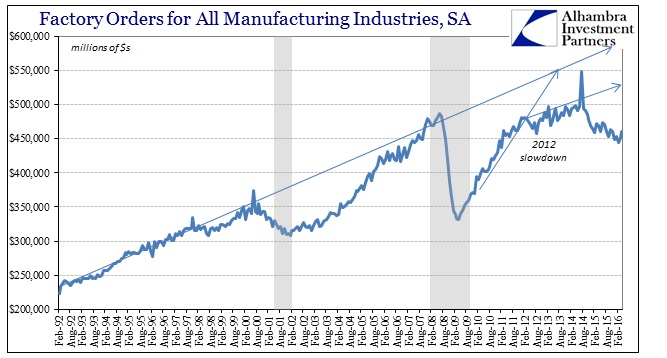 Counting the calendar effect of the 29th day in February, factory orders have been in contraction for an astonishing18 months, a result unchanged by the new benchmark. That is four months longer (though of much less magnitude) than during the Great Recession while also two months longer than the dot-com recession (very close to the same magnitude). That means the benchmark revisions were primarily a reduction in the “recovery” level starting in 2012. 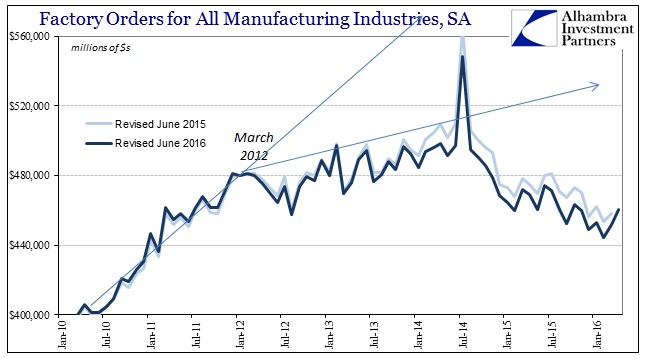 The complete revision goes back to January 2001 with very minor changes, accelerating moderately with upward revisions throughout the Great Recession and early recovery. Factory orders were pushed higher by a cumulative $20 billion in 2010 and $31 billion in 2011, but it was all negative from that point forward. The series was revised lower by another $28 billion in both 2012 and 2013 before the heaviest alterations were addressed to 2014 and 2015. Not surprisingly, the heaviest concentration of the statistical cutbacks was in the middle of 2014, which, as noted by durable goods benchmarks, is right when the economy was supposed to have accelerated into the “best jobs market in decades.” 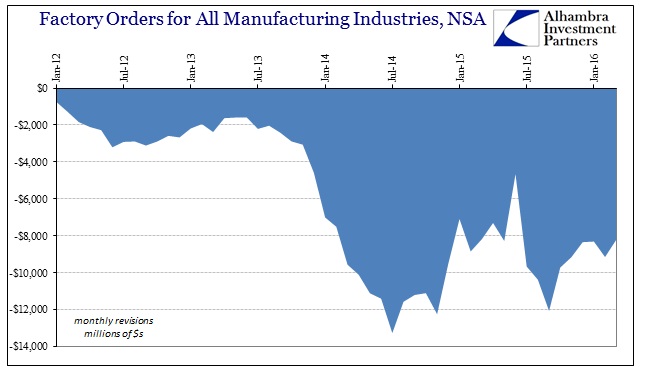 Cumulatively over the twenty-seven months from the start of 2014 through March 2016, the new estimates subtract a quarter trillion dollars in factory orders off the recent “recovery.” 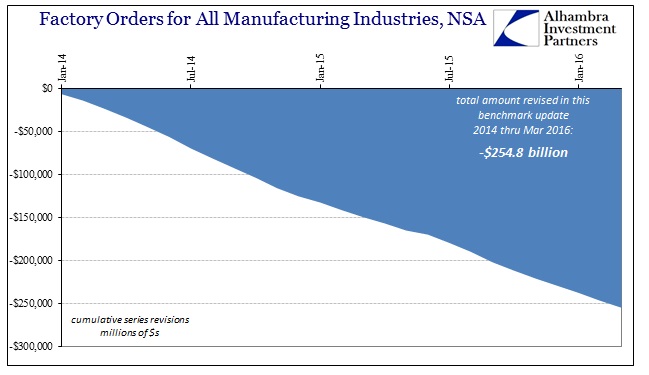 I suspect when the next ASM is added to the series there will be more reductions to come. In the meantime, it doesn’t alter the manufacturing picture much largely because it leaves the slowdown as still a slowdown just starting from, and, more importantly, heading to, a lower level. 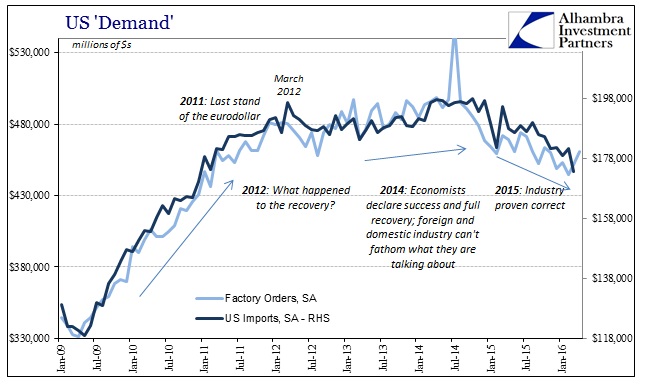