Weak But Not Getting Weaker

Weak But Not Getting Weaker

If we were to accurately describe the economy right now, it would be weak – but not getting weaker. I believe that is the product of the “dollar”, or lack of further “dollar” intrusion. Combined with the usual seasonal changes earlier in the year, the nervous calm of the past almost eight months has had a limited but nonetheless soothing effect. Unfortunately, it isn’t actual improvement but rather the (limited) space in between the last “dollar” problem and the next one.

Factory orders, for example, were flat year-over-year in September after rising slightly in August. This is consistent with what some believe is a restarted growth trajectory, but that only obscures and misinterprets what we find in these places. In other words, whenever the economy in the past had fallen into weakness of whatever eventual depth, full recession or just near recession, after it passed you knew without question that was the case. There has always been symmetry not just expected but apparent. As quickly as whatever account picks up that deceleration or contraction, it just as quickly discovers acceleration and unambiguous growth after it’s all over. 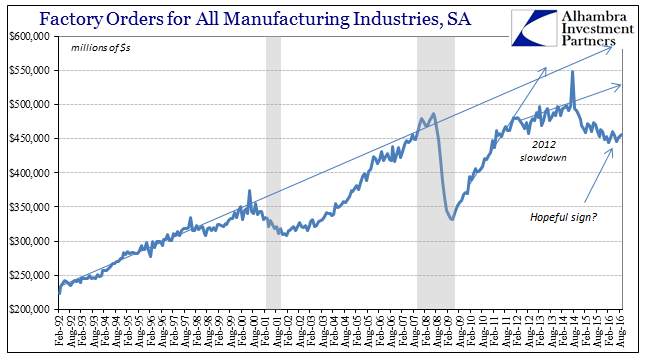 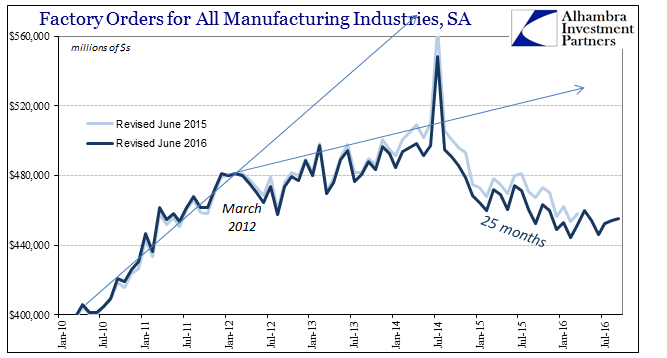 We don’t find anything like that at all here, or anywhere. Using the CPI as but one example:

We find the exactly same historical pattern in factory orders. At the end of the dot-com recession, several months after its official end as a matter of fact, the last contraction was registered in June 2002. The very next month factory orders were up almost 3%, and by the start of 2003 were growing at more than 5% again – from -4.2% to +5.4% in seven months. During the Great “Recession” the downside was staggering, but so, too, was the inevitable upswing; factory orders were down 30% in May 2009, and still -13% that October, but then up slightly in December 2009, then +20% just three months later. What goes down, comes right back up.

At least that used to be the case, but clearly it is no longer. Starting in 2012, factory orders decelerated and contracted a few months here and there, the last in March 2013, but then similarly meandered in a slight upward track for another year and a quarter. It was enough for economists to suggest QE was working when by all historical precedence “something” was obviously wrong. It was just the space between “dollar” events, so that when the next one came, the “rising dollar”, it knocked the economy lower still without it ever having answered the prior blow (or the one before that). 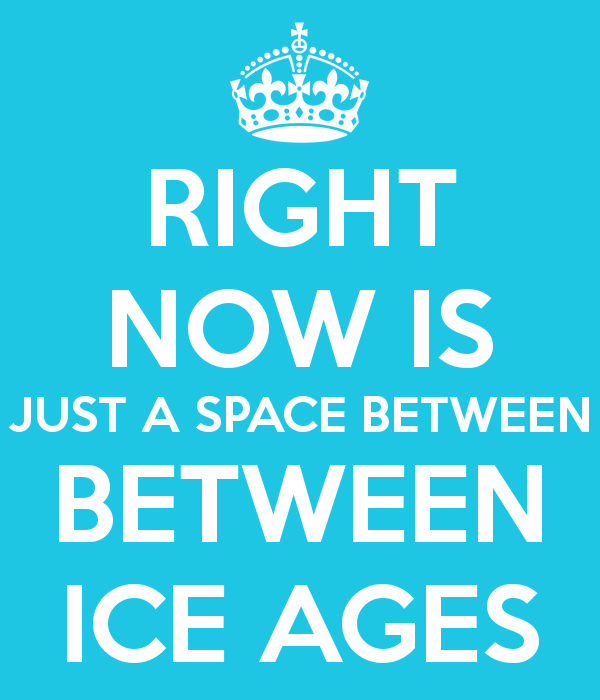 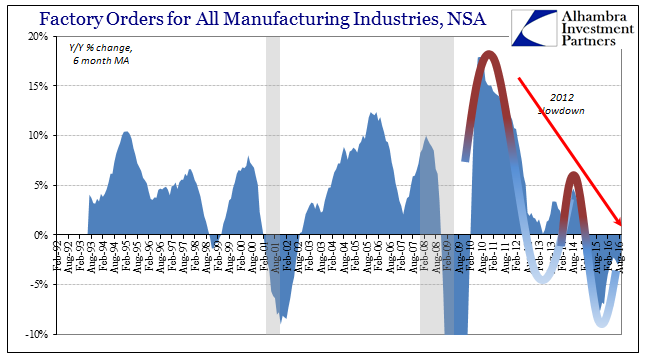