Welcome At Last To The ‘Dollar’

Welcome At Last To The ‘Dollar’

The FOMC minutes published today for the December 2016 policy meeting are being shopped around in much of the mainstream as “hawkish”, or at least a continuation of the “reflation” impulse. The commentary related to the more detailed window into the last monetary policy decision is being framed as if more so to that upside.

Policymakers were clear that the outlook for those policies remained uncertain, but they could, if implemented, stoke higher inflation which would lead the central bank to raise borrowing costs more aggressively.

“About half of the participants incorporated an assumption of more expansionary fiscal policy in their forecasts,” according to the minutes from the Dec. 13-14 meeting, referring to the 17 policymakers who participated.

“Almost all also indicated that the upside risks to their forecasts for economic growth had increased,” the minutes stated.

Markets, however, have taken a very different path since the vote. Eurodollar futures, for example, met their reflation “high” (in terms of curve steepening, lower nominal contract prices) on December 15, the day after the “rate hike.” In what is shaping up as a “sell the news” kind of pattern, or, in the case of eurodollar futures, “buy the news”, the futures curve has sunk back lower in very noticeable fashion. Futures contracts have been in the green for five days in a row (thru today). 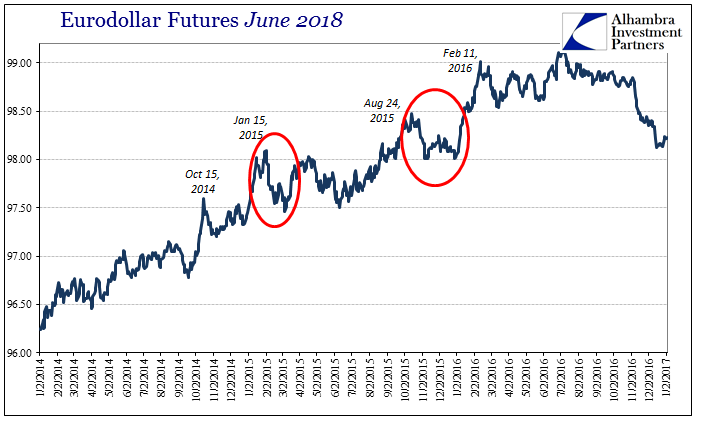 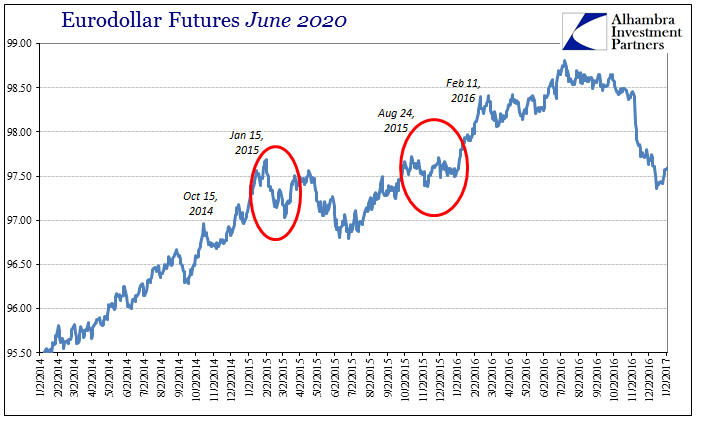 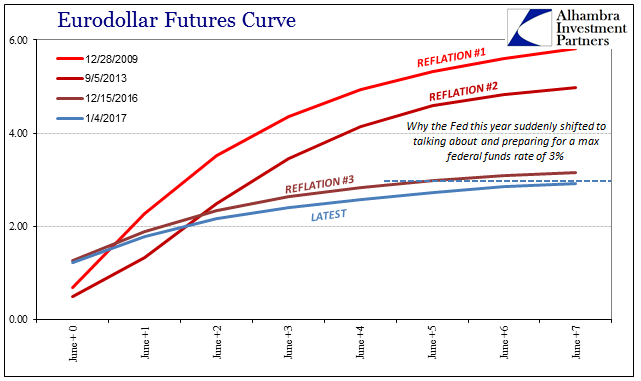 With slightly more than half of a month in duration, it seems as if in actual market terms, unlike media terms, “reflation” has hit at least a pause. It extends into the bond market where the UST curve has flattened out again even though it never really steepened in the first place. 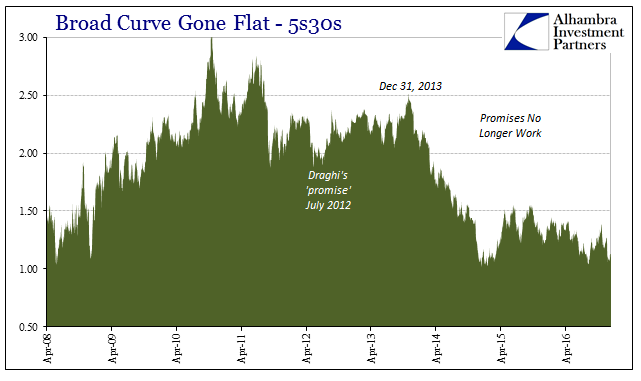 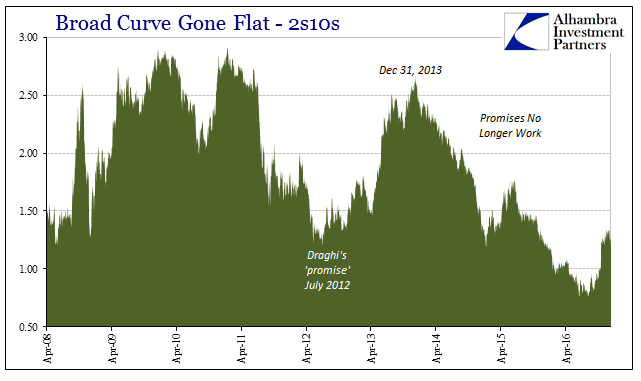 It is that comparison that somehow escapes the media’s interpretation of the policy minutes (or any other economic account). As I wrote earlier, even the FOMC has redefined recovery so as to be more consistent with these credit and funding market reductions, not the other way around.

It is yet another way of confirming that the FOMC no longer sees a recovery, but has instead found out the hard way there is “something” wrong with the US and global economy.

So-called hawkishness with the yield curve 5s10s at an alarmingly slim 52 bps as it is now is an entirely different prospect than what it was at the first taper in December 2013 when the same part of the yield curve was nearly 140 bps. There is a vast economic difference of future prospects and perceived opportunity at these two very different points in time and curves. This is perhaps embodied most clearly in swap spreads and their distinct lack of conviction over all this “reflation” euphoria. 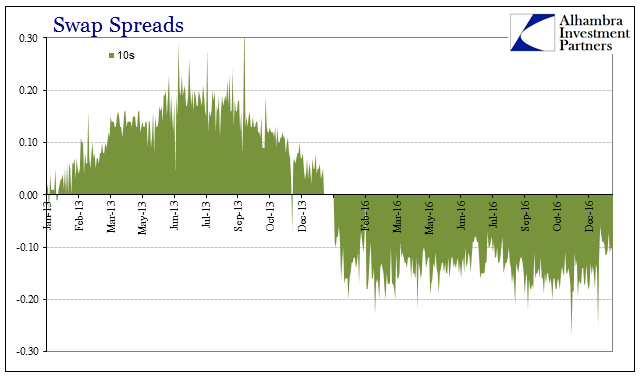 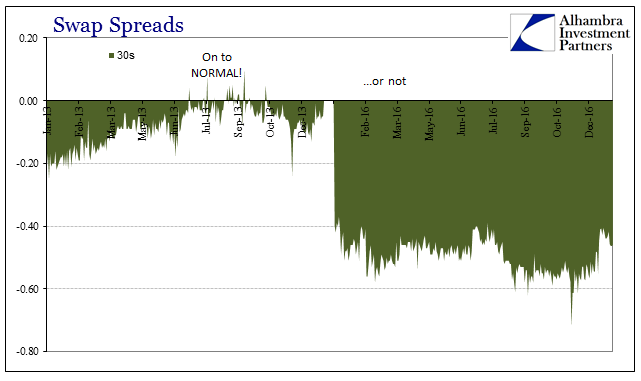 It is pretty clear, pause in “reflation” or not, that the whole concept is more of a media creation than a market one. That is a very important distinction that cannot be overstated, particularly since it was these same market indications that after December 2013 were first to catch on to the dark reality of the “rising dollar” and its effects. It was the FOMC that stuck with their perceived “hawkishness” all throughout 2014 and even 2015, though it would take them until December 2015 to actually act on it. And that delay was because, quite simply, these markets were correct about pretty much everything once they shrugged off their relatively brief “reflation” infatuation. 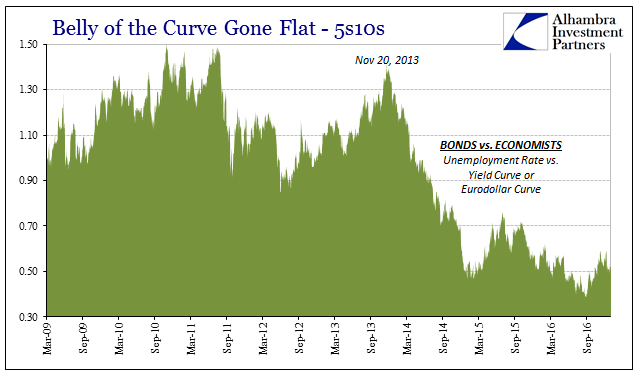 The media simply doesn’t realize (or want to) the vast difference. The Fed may sound “hawkish” today, but it is nothing like “hawkish” of 2013. Even the FOMC itself agrees, if you actually hear and appreciate the full context of what they are saying. In the great debate that was set in motion by these diverging views in late 2013, the bond market won as not just US central bankers have quietly but completely conceded the contest.