When the People’s Republic of China (PROC) was granted full UN status in 1971, everything was then set in motion. The successor to Chaing Kai-shek’s nationalist government in the Republic of China (ROC, or what we call today Taiwan) was originally granted as a founding member and one of five Security Council seats. UN General Assembly Resolution 2758 instead recognized the PROC as the “only legitimate representative of China to the United Nations.”

From there, the PROC would gain UN removal of Hong Kong from the list of “non-self-governing” territories. It was for the Communist Chinese an important step, for states and cities on that list were often worked diplomatically toward full and complete independence.

The British Empire had been ceded Hong Kong and Kowloon as a result of the Opium Wars of the mid-19th century. In 1898, it further leased what became known as the New Territories, which in terms of acreage was far more than the original domain. That lease was set to expire on June 30, 1997.

With the PROC successes at the UN, there wasn’t much the British could do about Hong Kong. The Thatcher government in the late 1970’s wanted to extend British rule, or at least influence, but the end date of the New Territories lease was making things more difficult even at that time. The UK government on into the early 80’s was concerned that because there was no legal right after the lease expired, for more than the New Territories it could have deterred investment over an uncertain future that was then still more than a decade and a half distant.

What resulted was instead the creation of the Hong Kong Monetary Authority (HKMA). Its solution was simple and orthodox; peg the Hong Kong dollar to the US dollar. Over the years, the HKMA was tested a few times, especially during the Asian flu of 1997 and 1998. Unlike its Asian neighbors, Hong Kong never came close to devaluation and economic destruction, even as China took over sovereignty amidst its own Asian flu symptoms.

It earned the HKMA and its HKD currency a quality that is so often unappreciated in modern times: boring. The peg had been successfully instituted and defended to get the exchange value to around 7.8 HKD to 1 US$. From there, it floats in a limited range now settled between 7.75 and 7.85.

By being perceived as a stable monetary state and therefore economy, administratively separate from the PROC as a result of that early 80’s agreement, the closest to devaluation HKD got was in August 2007. There was more volatility, at least on the minimalist HKD scale, in summer 2008 as well as August 2011, but by and large nothing to greatly disturb investor sensitivities. 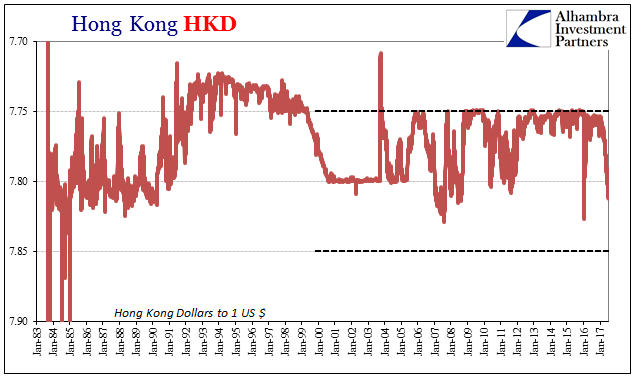 For nearly all of the “rising dollar” period, HKD was even more than that. Its range had been reduced by safety seeking to the narrowest since the 1990’s – and to the upper boundary rather than the lower. That all changed, however, in January 2016. 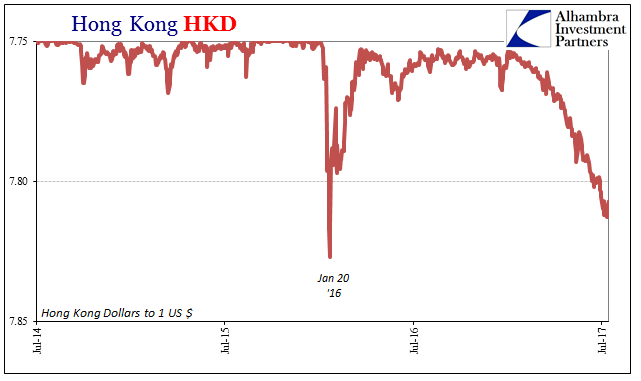 Since then, HKD as well as Hong Kong money rates (HIBOR) have started to share open and clear linkages to Chinese money rates and currency changes. What that means and what those might be isn’t clear, except as to propose a couple of interpretations. China and Hong Kong may not monetarily be as separated as thought even as late as January 2016; as much as it can seem at times, maybe the “rising dollar” isn’t completely dead just yet. 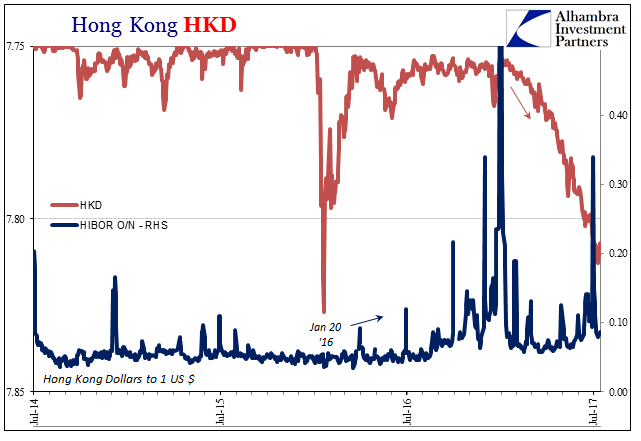 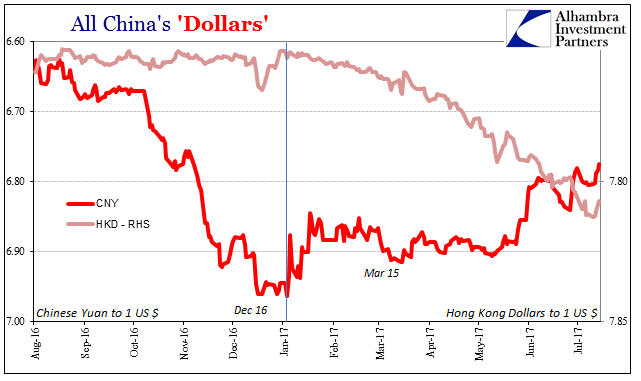 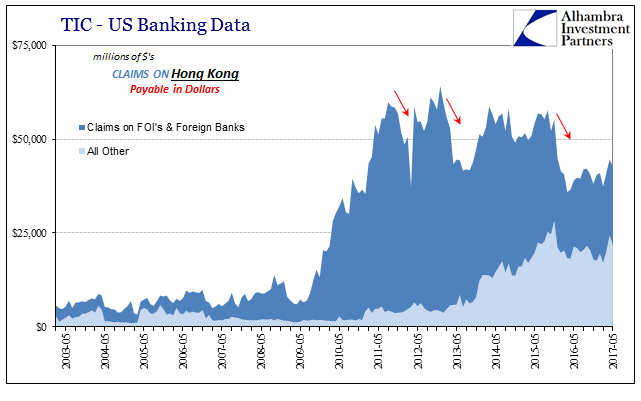 If it isn’t, like a smoldering ember biding its time beneath the ash of prior conflagration, it could mean more than a mere currency oddity. Hong Kong is supposed to be a boring place for money and currency, but it is increasingly interesting.

It’s worth noting on a day when the 4-week T-bill prices still less in equivalent yield than the RRP even though the 3-month bill has nearly inverted with the 6m due to Treasury’s dwindling accounting tricks to defer the debt ceiling. There is a reason the bond market has defied the constant drone of “central bank pivots” as supposedly for economic as well as monetary success and resilience, and it isn’t entirely about predictable economic disappointment despite those claims. Uncertainty, and therefore liquidity preferences, still matters. 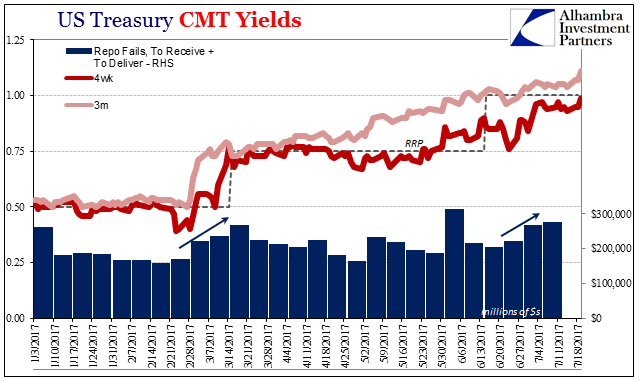 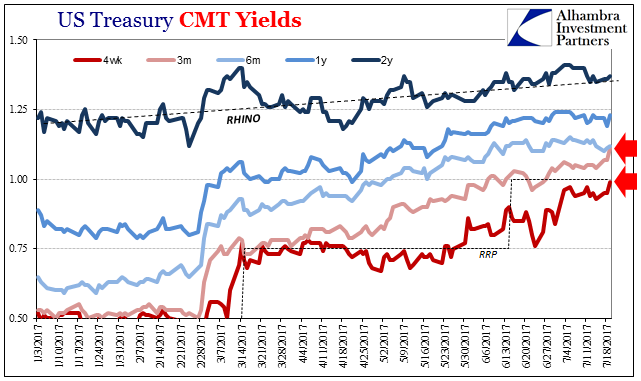 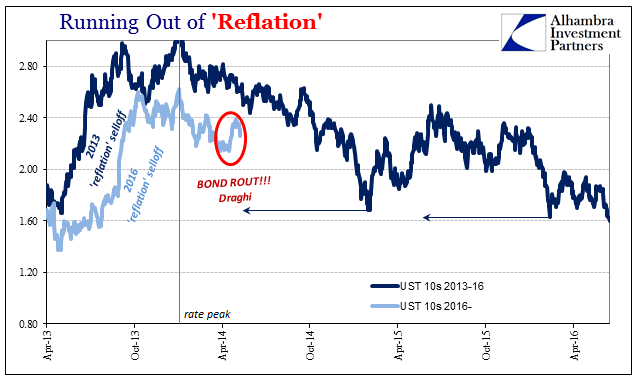