Not Really Wrong On Bonds

Not Really Wrong On Bonds

It is often said that the market for US Treasuries is the deepest and most liquid in the world. While that’s true, we have to be careful about what it is we are talking about. There is no single US Treasury market, and often differences can be striking. The most prominent example was, of course, October 15, 2014.

In truth, the liquidity side of cash market UST’s has been diminished since around 2013. Largely as a function of repo mechanics and capacity (QE3 stealing so much collateral and other related shortage issues), investors turned to Treasury futures to fill the pricing gap. It’s not really a case of the tail wagging the dog so much as defining the “right” structure of prices under most possible conditions. 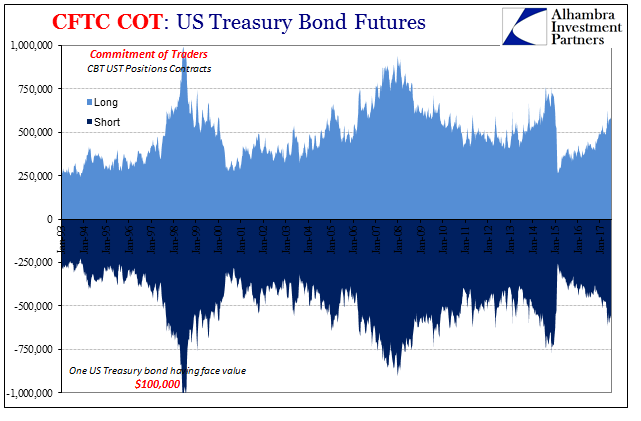 The funny thing about UST futures is that when you net long contracts against those short, the market always appears to be wrong. From simply a net basis as a gauge of which way the marginal market positions are flowing, the correlation to bond rates is undeniable. Without any need for regressions or other statistics, the relationship is clearly visible – but only since around 2010. 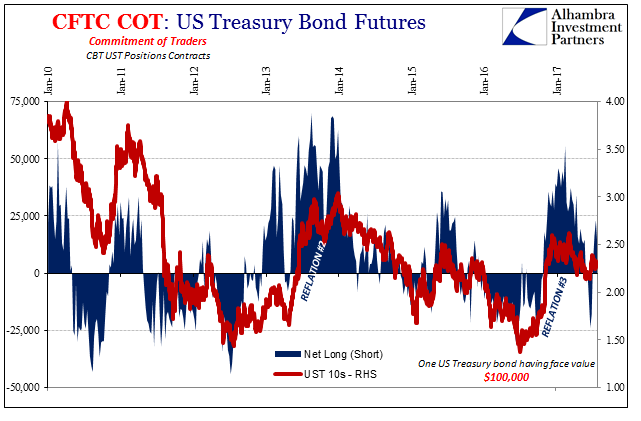 Remember that on the chart above, rising interest rates mean falling bond prices, therefore being net long in that situation (or the opposite where falling interest rates and short bonds) is for the market as a whole “wrong.” But how can a market persist like this?

To answer that, we need to explore who it is that is long or short at any given moment. The CFTC data, as in all Commitment of Trader reports, helpfully segregates between commercial and non-commercial positions. The former are in general those evil speculators you hear so much about if only when everything is going wrong, while the latter are the dealers (mostly) who serve them (mostly). 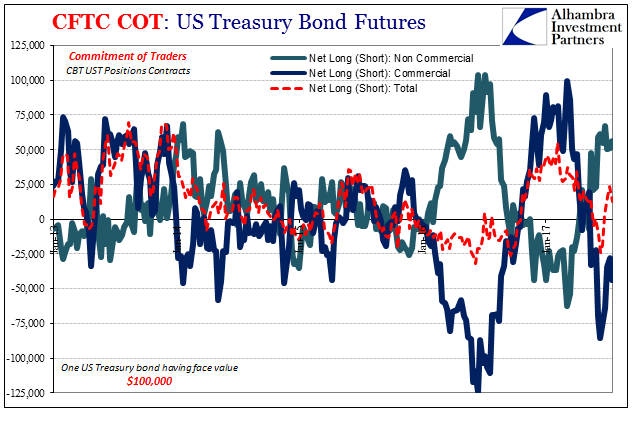 What we find in the breakout is that the net position one way or the other is almost always a result of dealer contracts. In early to mid-2016, for instance, it was dealers going short above and beyond heavy demand from specs to be net long, which pushed the whole market to be “wrong.” Bond yields sank to new lows during that time, meaning that being so heavily short wouldn’t have worked out very well (except for specs).

So why do they do it, and more so keep doing it?

If we consider instead that dealers are more complicated than speculators, we become open to the possibility of more than that one expression for a position (or netted position). It is more likely that they are hedging against not just specs but prevailing risks as they see them, including rate risk. If bond yields are falling, given so many other possible activities it might make sense to short bonds (via futures positions) even though outwardly it seems foolish to do so on a naked basis.

In that way commercials in particular aren’t necessarily always “wrong” about the bond market, they are often increasingly with conviction hedging against what they consider the predominate trend. That’s why there is such a good correlation between what otherwise might seem “bad” bets on bond futures and interest rates. If bond prices are rising (yields falling) and you participate correctly via other complicated and esoteric positions, the more you make on those trades the more you might want to hedge where possible (short bonds). 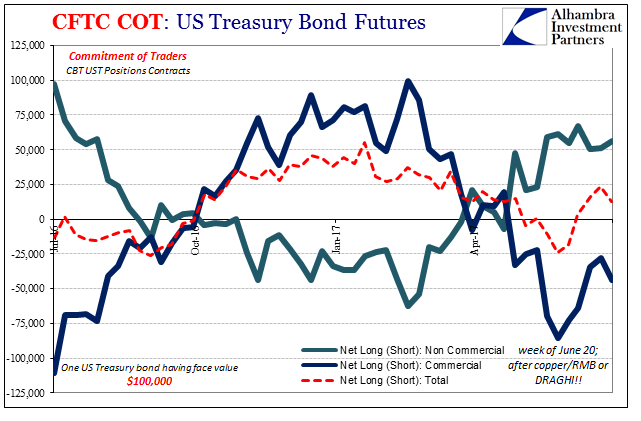 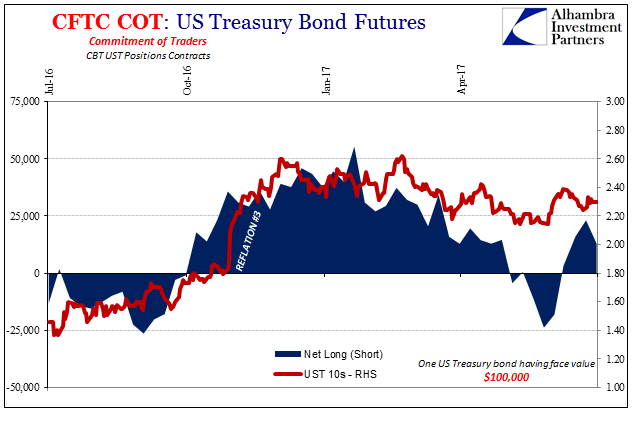 These net positions have flipped somewhat more recently. After having seen the net go short between early May and mid-June, it abruptly shifted as dealers closed on net more shorts than specs on net closed longs. That was around the time of the last BOND ROUT!!! triggered by either Mario Draghi or copper/RMB (depending upon your predilection for convention). In the last week of July, however, there was some minor shifting back toward short and again via dealer positions.

It would seem to confirm, or at least conform to, the recent lower moves in rates following the relatively short BOND ROUT!!! It seems as if dealers were scared by whatever the catalyst, but not so much as to permanently alter their current hedging aggregations. It suggests, for a small time interval anyway, expectations that rates might fall further again. Sorry, Alan. 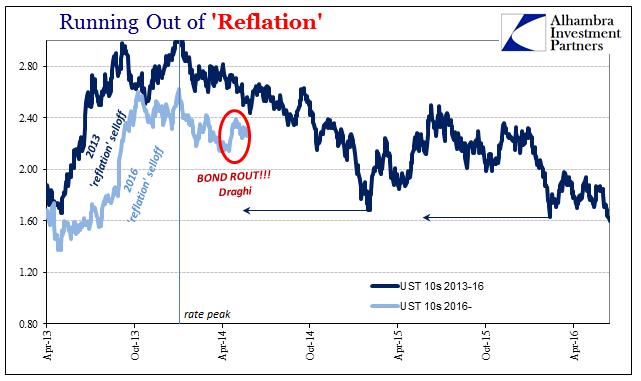 We use COT data frequently in our portfolio management decisions. It’s hard in these days to avoid scrutinizing futures markets. Given possible interest for the data and our opinions of it (more so Joe Calhoun with other often more complex futures positions; if you think UST bond futures is nuts, don’t get us started on gold!), we may make this a regular feature here. It is important enough to at least pay attention on your own.