The People’s Bank of China won’t update its balance sheet numbers for May until later this month. Last month, as expected, the Chinese central bank allowed bank reserves to contract for the first time in nearly two years. It is, I believe, all part of the reprioritization of monetary policy goals toward CNY. How well it works in practice remains to be seen.

Authorities are not simply contracting one important form of base money in China (bank reserves matter in a way that they used to, but haven’t for a long time, in dollars; ironically, as an aside, up until the last few years the Chinese government had been using Hong Kong as a base for offshore CNY, called CNH, in order to make yuan more like the dollar, meaning eurodollar). Rather, they are attempting to pull off a switcheroo of sorts; substituting privately collected reserves locked up idle in the largest banks.

Reducing the RRR while at the same time proposing these banks pay down the MLF and other borrowings, the PBOC is hoping for a balance between the deployment of some previously unused reserves and the lack of growth on its liability or money side. They are shooting for a neutral stance in the end.

China’s inflation rates, unlike their American and European counterparts of late, have remained relatively steady and nonvolatile for years. That’s been a big problem given the official, government mandated definition of price stability is 3% CPI expansion. For another month in May 2018, the CPI wasn’t even 2%. At a repeat of just 1.8%, it’s now 54 straight months since that goal had previously been met.

The last time the Chinese calculated 3% CPI inflation was unsurprisingly November 2013 – just prior to the “rising dollar’s” ratcheting monetary constraint on the PBOC. 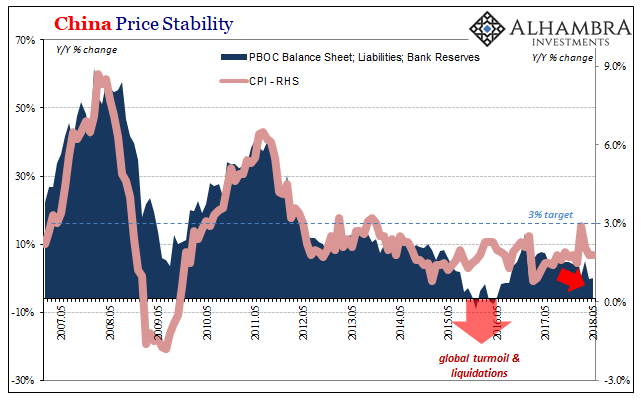 Chinese monetary officials are not given to determined expansion, though you may have thought otherwise suggested by the propagation of immense bubbles all over the country. They had been content instead to let “dollar” flow dictate internal money flow – and therefore, to a considerable degree, economic conditions inside China.

The constraint placed on the RMB monetary system by external eurodollar matters leaves the central bank in a bind; expand and risk further CNY “devaluation” or let tight money conditions reign and hope that the “dollar” system sorts itself out eventually. The continued acceptance of undershot inflation like the continued lack of growth in bank reserves demonstrates a conscious choice to prioritize stability over whatever additional economic growth might be obtained by an expansionary policy. 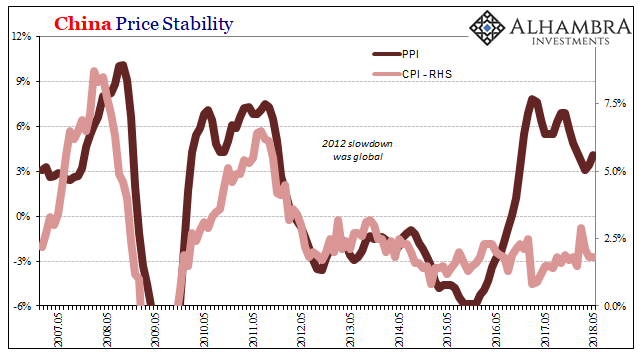 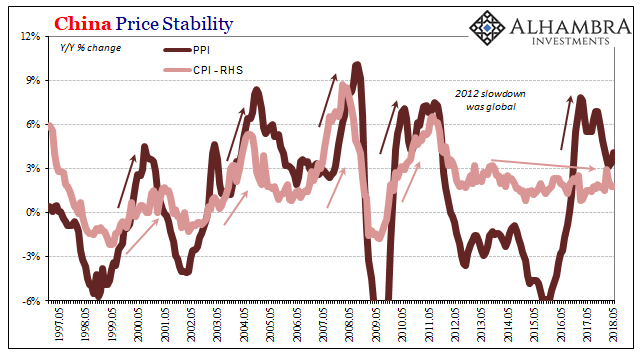 I believe this accounts for the discrepancy between China’s PPI and CPI; the former heavily influenced by commodity prices that up until this year, to put it bluntly, had the wrong idea priced into them. It was thought, because it was uniformly reported, that the Chinese government would do everything in its power to reignite growth for its own economy and thereby for the rest of the world as a result. The PPI represents hope, the CPI the mistaken basis for it.

This mischaracterization was applied to monetary policy, as it usually does. Mainstream commentary last year suggested the PBOC had shifted to a “tight” money policy largely because its prior efforts (on the RMB side alone) were expected to have worked. In reality, as noted by inflation and bank reserves, that tightness has extended the entire length of the “rising dollar” and continued well past the last “reflation” – and not by choice.

In other words, tightness is endemic as an exogenous factor the PBOC can no longer seek to offset as they did in 2016 and part of 2017. 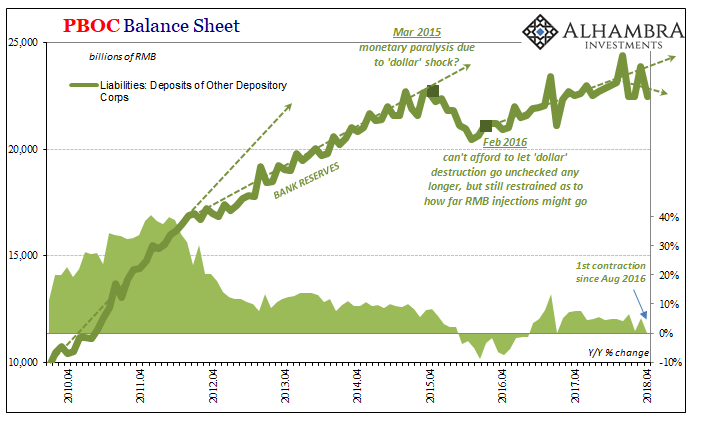 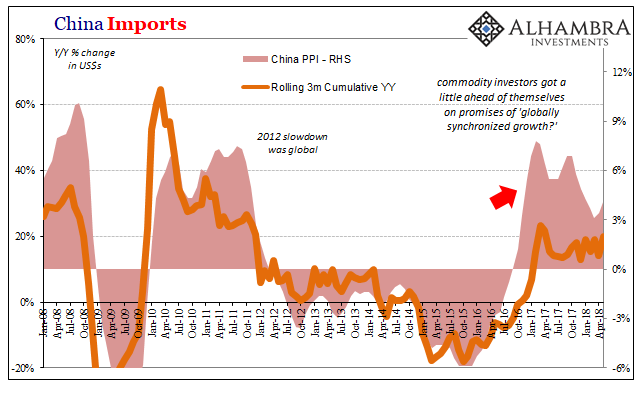 It’s one big reason why globally synchronized growth has so failed to materialize, at least as it was supposed to according to the main narrative. The risks aren’t really economic, that much has remained consistent all along, rather they apply in comparison to expectations (again, the difference CPI to PPI).

It’s this more direct assault on expectations that I think is causing so much upset in the EM parts of the world first. In that same way, it reminds us a lot of late 2013. Or; stop counting on China to bail out the world economy. It’s just not happening.