Why aren’t more people talking about this? It’s a huge development and nary a peep anywhere. The mainstream media is filled with baited expectations for 3% wage growth on Payroll Friday. All eyes are on the labor market, which is a lagging indication, instead of on the oil market, which is forward looking.

As of this writing, the futures curve for WTI has expanded this current selloff. The level of alarming contango has continued to widen, in both amplitude as well as frequency, in just the past few days. 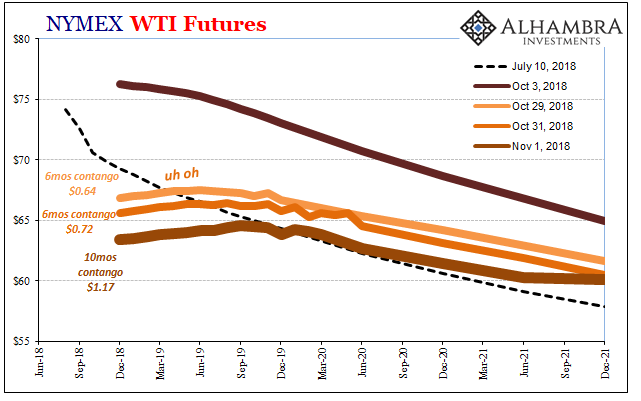 The question at the front was rhetorical. The reason everyone wishes to focus on the labor report is obvious. The wage data in particular outwardly though misleadingly conforms to the idea of an economic boom, at least in the US. The crude market isn’t just saying “wait a minute”, it completely refutes that very thing.

Furthermore, the oil curve had only been in backwardation less than a year. It flipped toward that positive economic signal, which was widely covered, exactly one year ago today.

We’ve seen this all before. The oil curve shifted to contango last on November 20, 2014. It was ignored then, too, and after catching some reluctant notice immediately dismissed as a supply glut in favor of data showing the “best jobs market in decades.” The payroll reports four years ago were just too lovely to set aside for this impossible, according to Economists, ugliness.

Guess which one proved more valuable in assessing the way the global economy was headed, US most definitely included: 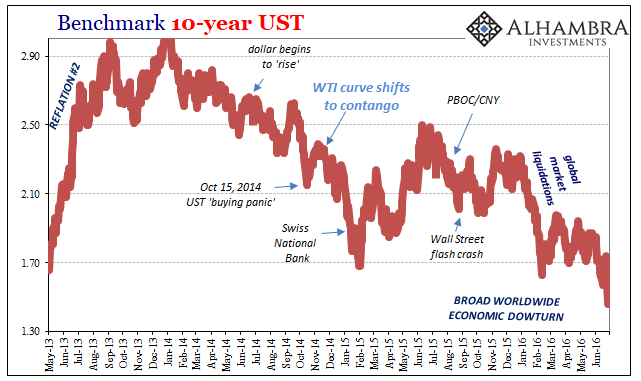 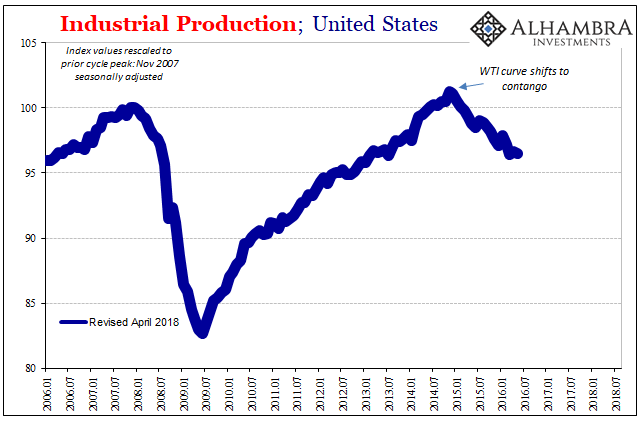 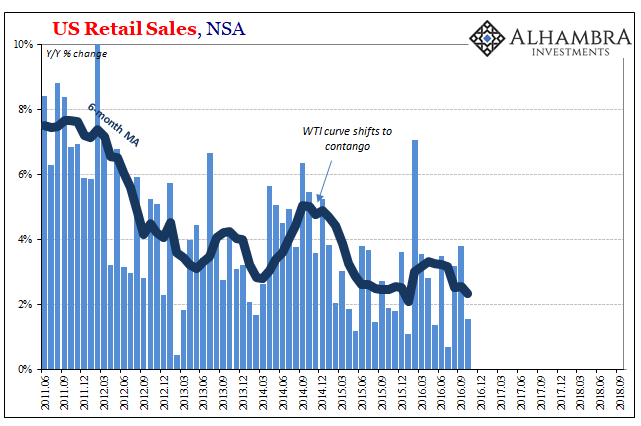 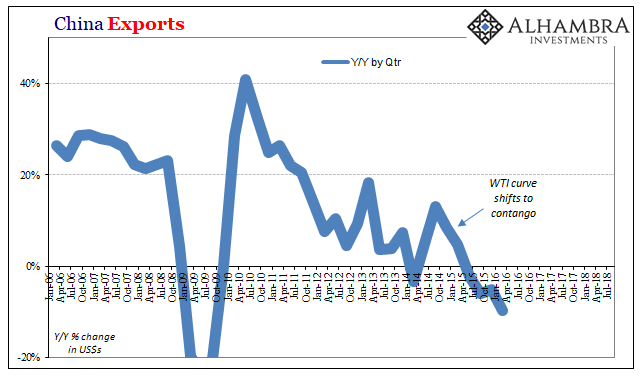 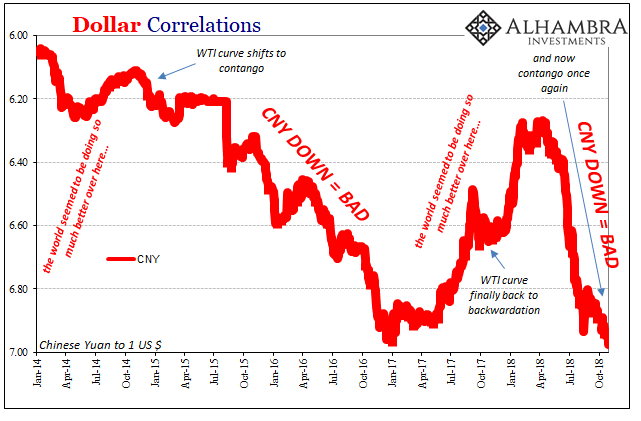 That, too, was a rhetorical exercise. Expect to hear about another “supply glut”, OPEC and some such, when convention finally does address another futures curve leaning the wrong way. And then we will hear about how “unexpected” everything will be when the labor market data proves irrelevant (already being legitimately uninspiring) all over again.

Honest analysis would take the WTI futures curve, along with the yield curve and eurodollar futures curves, as the world economy and markets traversing deeper into the red (below). Here as well as overseas. The alarms grow louder and louder.