China’s National Bureau of Statistics (NBS) reports that the country’s official manufacturing PMI in December 2018 dropped below 50 for the first time since the summer of 2016. Many if not most associate a number in the 40’s with contraction. While that may or not be the case, what’s more important is the quite well-established direction. 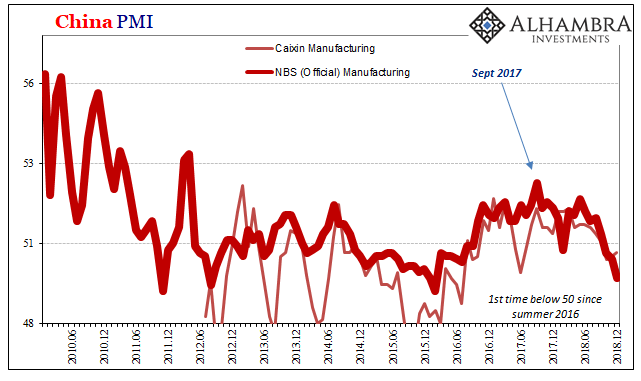 Activity inChina’s [sic] manufacturing sector contracted for the first time in more than two years in the month of December amid a domestic economic slowdown and Beijing’s ongoing trade dispute with the U.S.

Domestic economic slowdown you say? What could that possibly mean? Just this: 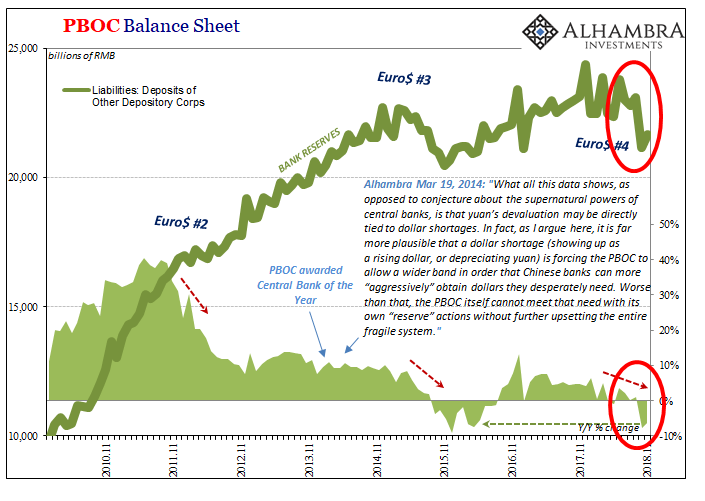 China remains at a monetary standstill, and now the economy, too. But mixed signals or something. 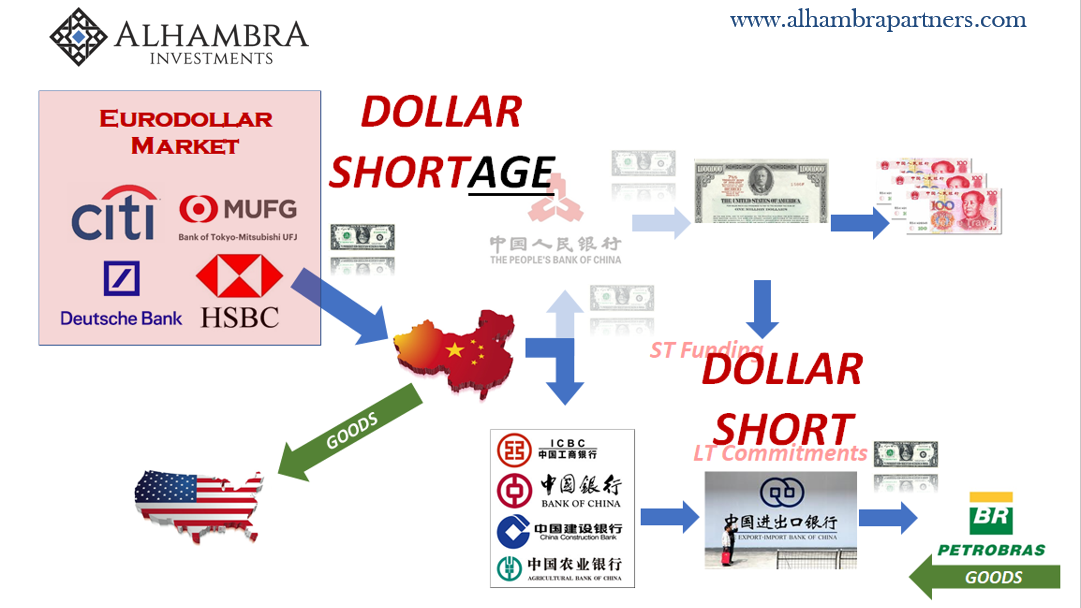