Trade Wars Have Arrived, But It’s Trade Winter That Hurts

Trade Wars Have Arrived, But It’s Trade Winter That Hurts

There is truth to the trade war. That’s a big problem because it’s not the only problem. It isn’t even the main one. Given that, it’s easy to look at tariffs and see all our current ills in them.

The Census Bureau reports today that the trade wars have definitely arrived. In March 2019, US imports from China plummeted by nearly 19% year-over-year. In the entire series which goes back to 1988, there are only three instances where it has been worse for Chinese manufacturers and one of those was a Golden Week month. The other two were in 2009. 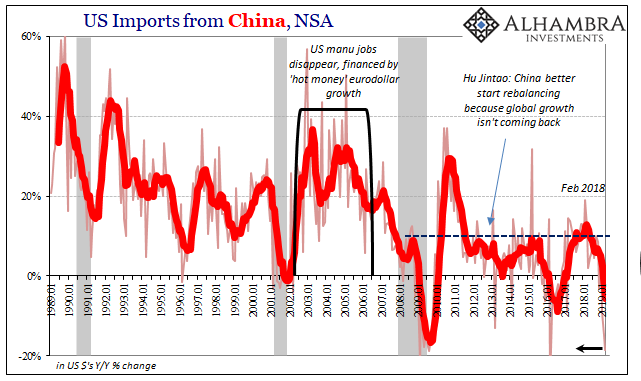 This follows a 15% decline in February. The US borders are increasingly hostile to Chinese products. It has definitely contributed to the major declines all across China’s vast industrial sector, the slowdown and contraction in it beginning late last year. However, it’s not like US demand was gangbusters before all this. The Chinese started out trade wars with nowhere near enough trade.

But if the US economy was really booming, then American consumers finding the costs of Chinese goods suddenly too much would spend their dollars elsewhere on competing offers. If not buying China, then buying someone else.

To some extent, that is what has happened. Other nations have filled in the gap left vacated by imposed duties on China, but only some. US imports as a whole were also down if only slightly in April. It was actually the second straight monthly negative. 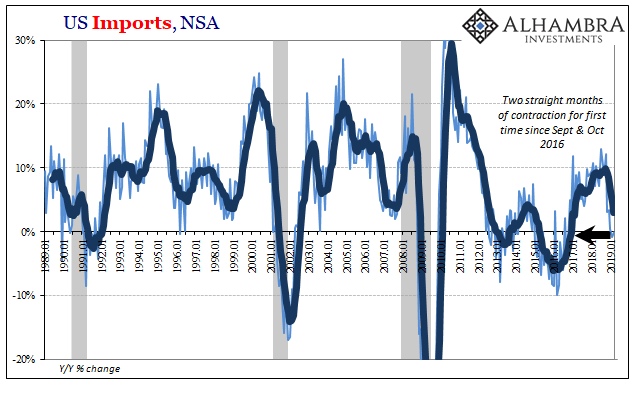 That hasn’t happened since Autumn 2016, the tail end of the last downturn. What that means is the bigger problem is being masked by the one the mainstream focuses exclusively upon. The trade wars are not helping, especially from the point of view of China, but that’s not what everyone should really worry about.

US exports in April 2019 were also a little less than they were in April 2018. Outbound trade is in as much trouble as inbound trade overall. Just as US demand for foreign goods is falling, so, too, is foreign demand for US goods.

Some of that may be attributable to retaliatory restrictions, though more prominent is the dollar’s drag on the global economy. With exports down in two of the last four months, the 6-month average is just 2.5%. It’s considerably less than the 10% growth at the peak last year, and the worst since January 2017. 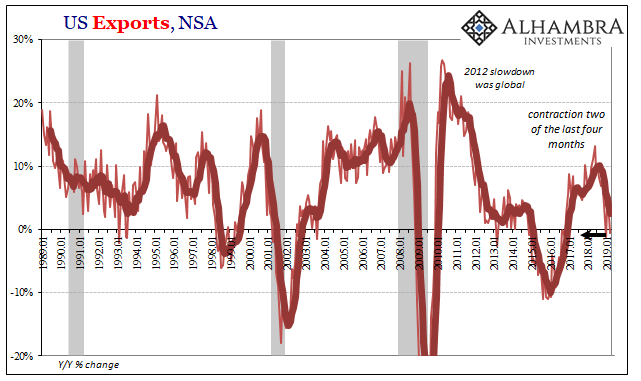 The seasonally adjusted series show us the timing of the breakdown. There was considerable weakness in both sets of demand before the end of last year; foreign demand for US made products as well as American demand for imports. The latter is in direct contradiction of the unemployment rate and its strong economy, decoupling narrative.

It is, however, consistent with other data which has no relationship with the BLS headlines; series like retail sales and US factory orders which have behaved in the very same way though having nothing to do with trade wars. The downturn really rests with American consumers therefore workers. 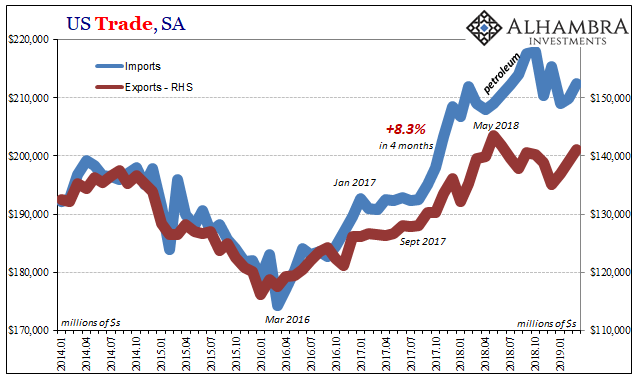 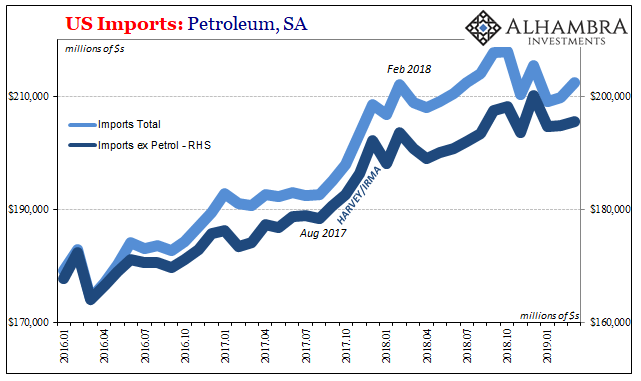 Seasonally-adjusted, imports are essentially unchanged in April 2019 from February 2018 both with and without petroleum. Going back to October, US imports excluding oil are down 1.4%. That’s an annual rate of contraction of more than 3%, again suggesting that though fewer Chinese goods are entering the country Americans aren’t buying as much from anywhere else.

The demand problem, as inventory involuntarily piles up economywide, predates and precedes the trade war distortion.

US consumers are buying less of everything, not just less from China. The import data especially is consistent with US GDP underneath the gushing 3% headline. Foreigners are feeling the absence of American demand that has very little or nothing to do with Xi vs. Trump. 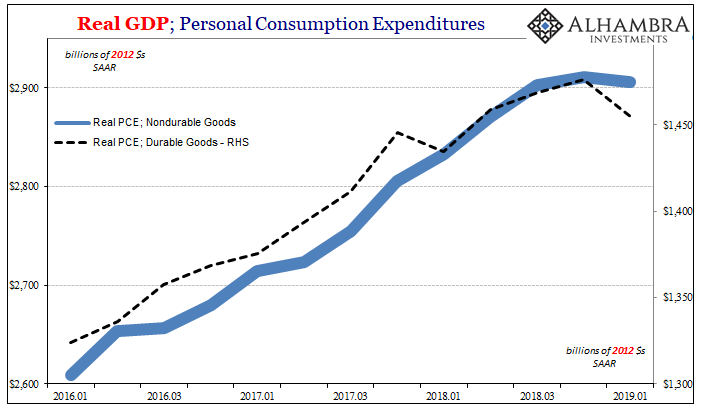 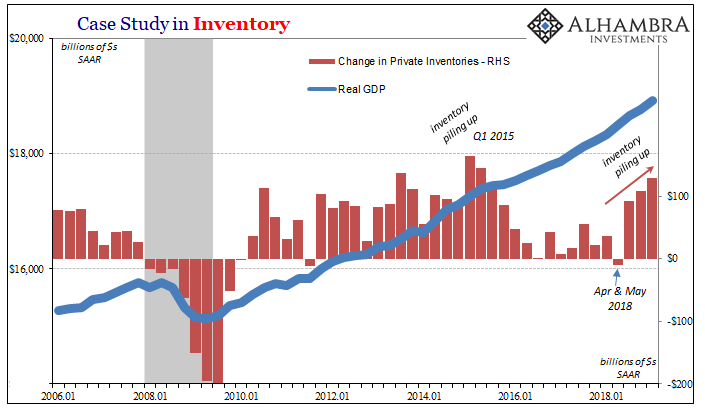