One reason why Japanese bond yields are approaching records like their German counterparts is the global economy indicated in Japan’s economic accounts. As in Germany, Japan is an outward facing system. It relies on the concept of global growth for marginal changes. Therefore, if the global economy is coming up short, we’d see it in Japan first and maybe best.

I wrote in April last year how Japanese Industrial Production was a true bellwether:

The positives are far fewer than the negatives. They correspond easily with these obvious “reflation” episodes we find all over the world created by the abatement of destructive eurodollar impulses unleashed in intermittent fashion (nothing goes in a straight line).

Not only had it failed to accelerate in 2017, the numbers rolled further over in January 2018 – like a whole lot of other statistics. Since, it has been in constant deceleration; not plunging for the majority of 2018, but edging closer to the minuses with each passing month.

Then the global eurodollar landmine made its appearance in December. 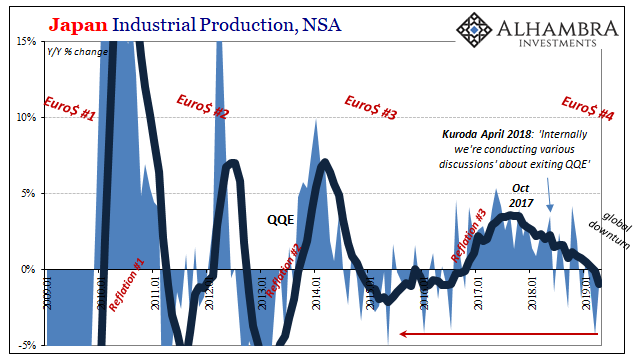 The 6-month average is now -1%, the lowest since the middle of 2016. It’s not all that far from matching the worst of Euro$ #3 – which the latest PMI data from IHS Markit says is already on the horizon.

The latter’s Manufacturing PMI edged lower, falling to 49.5 in the flash reading for June 2019 from May’s final estimate of 49.8. Despite worldwide hopes for green shoots or even “transitory” factors, there are instead only consistent indications for worsening still over the months ahead.

June survey data reveals a further loss of momentum across the manufacturing sector, as signalled [sic] by the headline PMI dropping to a three-month low. Softer demand in both domestic and international markets contributed to the sharpest fall in total new orders for three years.

Japan’s IP number, current output, is falling at an accelerating rate while a separate measure for manufacturing new orders is, too. Bad today becoming worse still in the coming months. And it’s all globally synchronized, which explains the Powell panic of this week.

It’s not just another key piece of evidence for continued weakness, this is the best example for whatever the worldwide trend. That already includes a lot of minus signs beyond Japan, which, consistent with global bond yields, are likely to become bigger negatives. 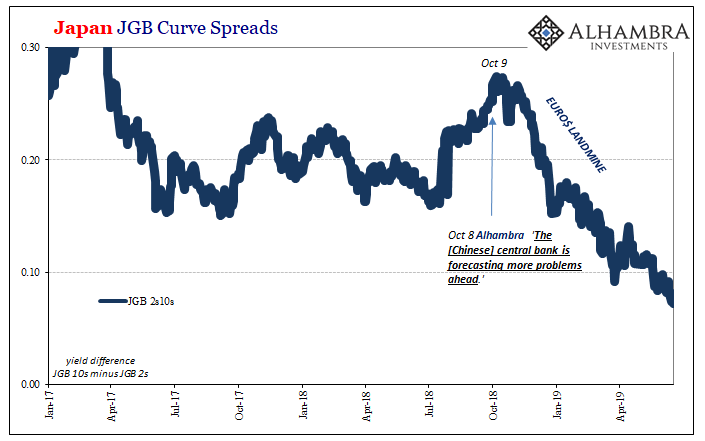 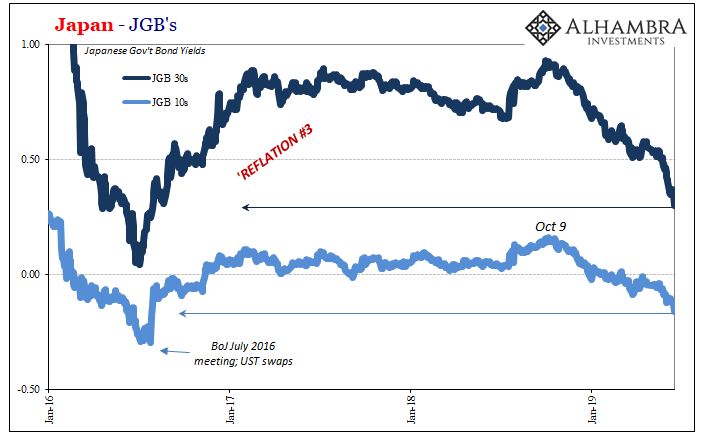