Low Rates As Chaos, Not ‘Stimulus’

Low Rates As Chaos, Not ‘Stimulus’

Basic recession economics says that when you end up with too much of some commodity, too much inventory that you can’t otherwise sell, you have to cut the price in order to move it. Discounting is a feature of those times. What about a monetary panic? This might sound weird, but same thing.

In other words, if you have too much cash (stay with me) and not enough takers, then the price you’ll accept to lend that cash must fall to accommodate the lack of demand.

How can that possibly be consistent with a bank panic, you ask?

An interest rate declining during a monetary crisis is the last thing you would expect – but only because Economics has done such a poor job of keeping up with the way the monetary world actually works. It’s actually not that difficult to appreciate, at least in this first part of our exercise.

While it sounds far-fetched, this isn’t some rhetorical exercise for purposes of theoretical examinations. It actually happened during the “somehow” Global Financial Crisis: 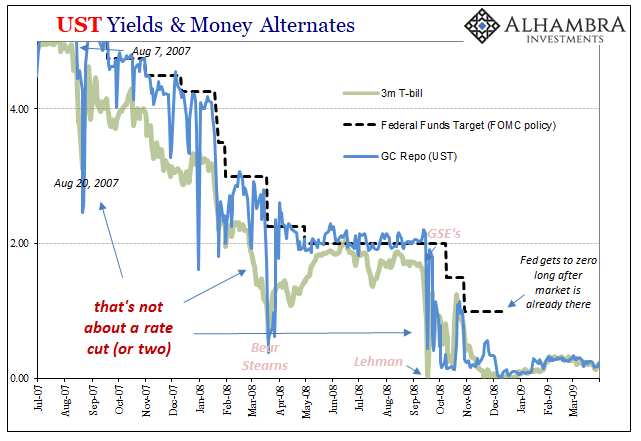 Notice how the repo rate fell to the lowest during the worst parts: beginning right at the outset, August 9, 2007; around year-end 2007; Bear Stearns; and then everything after the GSE’s were taken into conservatorship the week before Lehman/AIG.

Now, let’s imagine what must have been happening on the other side of repo. The collateral side. In a mad dash to preserve individual liquidity margins, even survival, pristine collateral is in huge, overwhelming demand.

The most pristine of pristine collateral is the Treasury bill (always OTR, and effectively a money equivalent). Again, basic economics; the price for collateral is driven way, way up. But since bonds also have yields, as the price for the securities skyrockets the rates associated with them must therefore plummet. 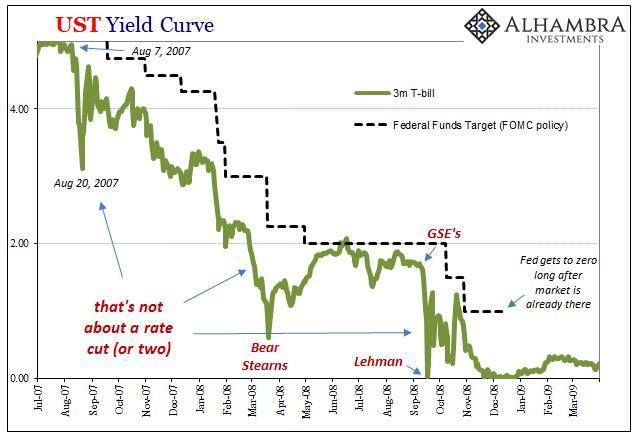 Furthermore, since T-bills are a money equivalent to transactions like repo, the net result is even more downward pressure on repo rates as well as federal funds. A monetary panic whereby several money rates all plunge. It has nothing to do with the Fed’s (futile, useless) rate cuts; as you can see above, the FOMC is following the market lower, confused the whole way down.

It’s not exactly, pretty much nothing like how you are taught to picture panics.

I’ll have (a lot) more to say about this topic in my upcoming Follow The Money piece, the next one to be released next week.

For now, the main message is simply this: the monetary system is far more complicated (just wait until we dive further into that collateral side) than it is made out to be. What we are all taught is that it is very simple, starting with the center and that center being central banks.

Nope. What the Fed has done since September 2019’s repo rumble is to create more bank reserves because that’s what the Economics textbook says is supposed to happen when confronted with a shortage; and that shortage denoted only by rising rates. High money rates, add more money. In this case, repo outbreak in September, therefore more bank reserves (via both POMO’s and TOMO’s).

But that’s not necessarily the whole picture, or even much of it. What about shortage of collateral and low money rates? Don’t bother asking because no one at the Fed will or can answer the question. You’d think they’d have learned something from 2008, instead officials have been busy convincing the world: 1. It was all about subprime mortgages, and therefore far out of anyone’s ability to control; and, 2. What they did do during the crisis was incredibly effective, don’t ask for details, and kept the situation from spiraling into something even worse than the worst global economic damage in eighty years.

Things are much more complex, and that, in a nutshell, is why Jay Powell keeps talking about closing his new repo windows but they’ve only ended up being made larger. To wit: 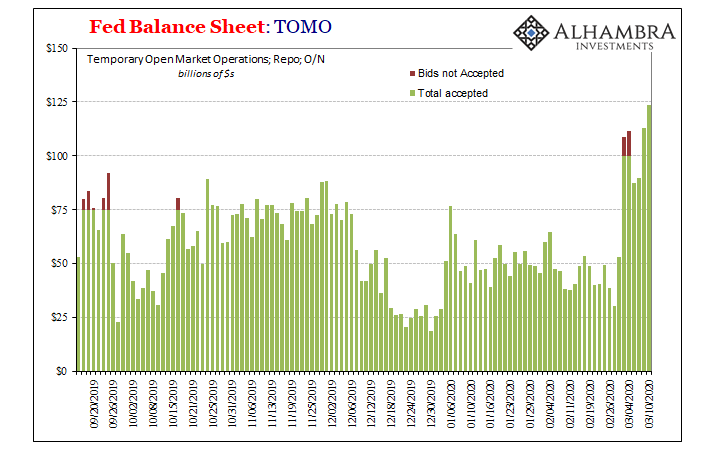 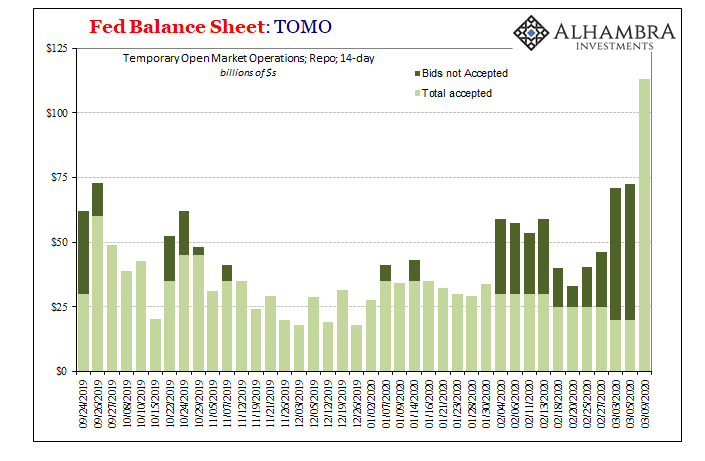 There is far more going on here than what’s ever been written into the Economics textbook. It’s also why no one can come up with a reasonable explanation for what happened in September, and therefore why what just happened (and may still be happening) in global markets took “everyone”, including those at the Fed, by complete surprise.

In the simple model, lower rates equal success. In the real world, it depends.

And when you see a massive, panicky dash into pristine collateral, driving at least those rates lower, resulting global liquidations aren’t so shocking and unexpected. It’s not so easy being Jay Powell, “printing bank reserves” on demand, he just keeps telling you it is. You don’t have to listen to his garbage about “stimulus.”

Embrace the chaos; at the very least, recognize it. 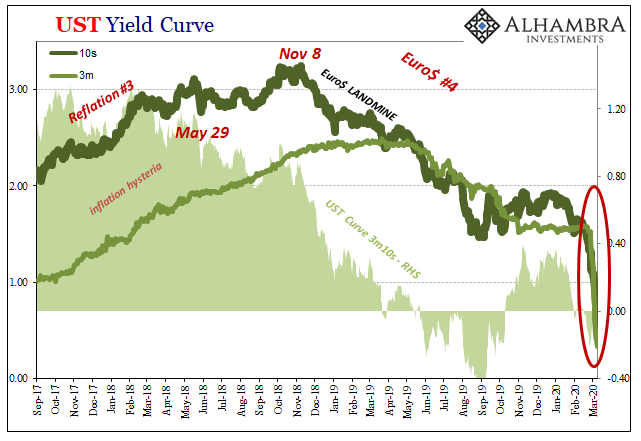 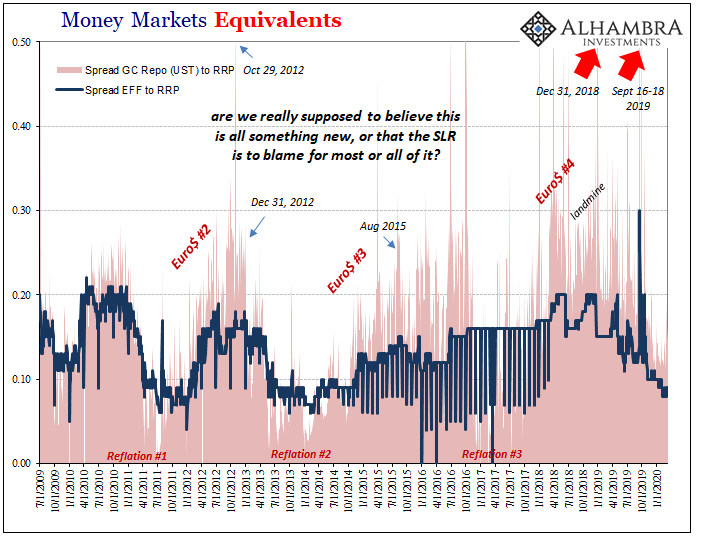