Not this again. When you really have run out of ideas, just set something aside for a time and then when it comes time again simply dust it off and pretend it is new and inspired. You can make it sound great, so long as no one remembers and realizes just how tired and ridiculous it actually is.

It’s almost as if officials at the Fed are making another major, concerted inflation push. I doubt very much this is coincidence that Lael Brainerd, a member of the Board of Governors, and Patrick Harker, President of the Philly Branch, over the last few days both spoke of letting inflation run hot for a long time regardless of how quickly the economy recovers.

Here’s Harker a couple days ago:

We’ve been saying for a long time that the 2% inflation goal is symmetric, which means we should overshoot it. We were having a difficult time doing that, like all developed economies.

You’d think all that “money printing” would’ve spoken for itself. It should have done all the speaking required – if it was anything like money printing. Alas for Jay Powell, it really isn’t. Unlike how he lets it all hang in the public eye, the Chairman actually knows this (that’s what made the outright lies he told on 60 Minutes all the more pathological). 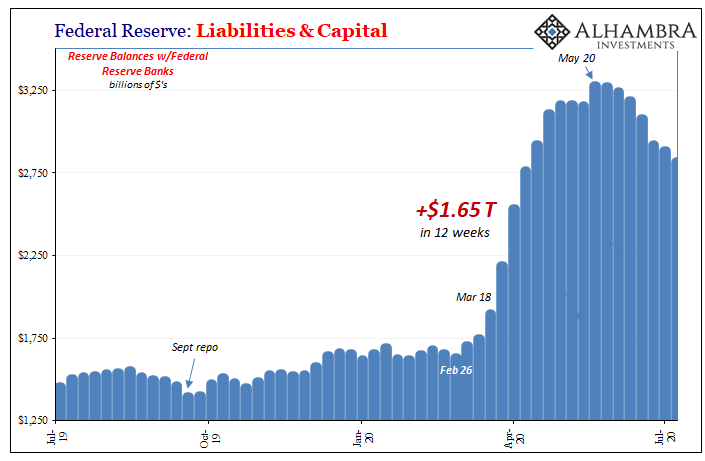 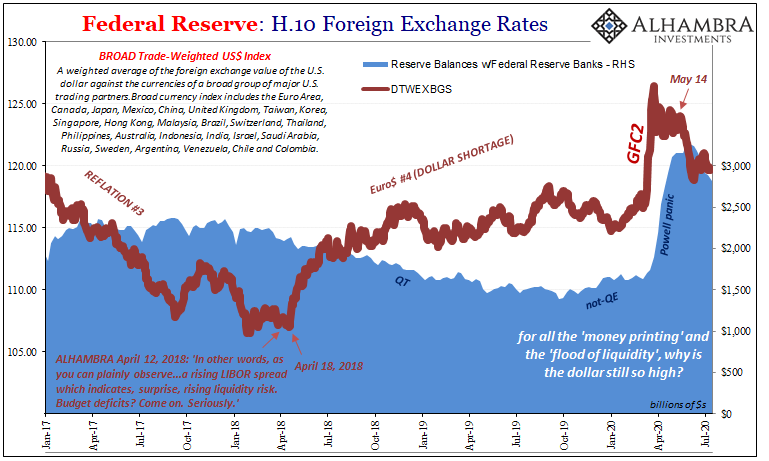 We’ve done “symmetric” before and guess what? It had no effect. Nothing. You might recall that in the middle of 2018 it was largely the same “problem.” The Fed kept forecasting inflation, that whole unemployment rate joy, and then zilch. To try to get it to happen without alerting too many people to this major inconsistency, in June 2018 the FOMC made the word “symmetry” a full part of its mission.

I wrote last year on the anniversary of May 29, 2018, and the monumentally contradictory stuff going on back then, this was getting stupid:

May 29 [2018] communicated quite effectively how something crucial was very wrong deep inside the effective monetary system; to which, the people who claim to be running these things, offered up only a single word. They really think that they can fool people into “optimal outcomes”, this monetary policy stripped of money filled instead with expectations.

By purposefully adding that one word, orthodox doctrine says it raised inflation expectations which had the effect of lowering real interest rates the moment “symmetric” made its first appearance. To Economists, this is stimulus. To the bond market, eurodollar curve included, it was beyond absurd.

Yeah, the bond market decisively won that argument, too. The already slightly inverted eurodollar curve predicted how there would be no inflationary acceleration, even with “symmetry” added on, instead it was betting the economy would trend the other way and pull the Fed kicking and screaming into rate cuts rather than the intended hikes. Had symmetry done a damn thing, that wouldn’t have happened.

So, here we are again and this stuff from Harker and Brainerd is inspired? It’s even worse when you consider that $1.65 trillion in very recent “money printing.” As if the dollar wasn’t already enough to disprove such a thing, if you realize what these people are really up to and how they keep doing the same things over and over and over, they’re actually doing a bang-up job negating everything all on their own.

Their puppet show simply counts on you never noticing. After what happened in 2009, sadly, for some, no Weimar, after everything recently, it is astounding how there are so many people running around screaming about money printing and uncontrolled inflation (leading to the dollar’s destruction and a blow up in the Treasury market). Not even the empty suits at the Fed believe this, otherwise we wouldn’t be treated to this “symmetry” nonsense yet again.

Another week, another 1.3 million in initial jobless claims. We need all the stimulus we can get. These people just don’t have any to give. So, they’ll pretend symmetry is some magic word that will count for something. At the very least, it literally can’t do worse than the $1.65 trillion (check out the bill rates again today, a flat 11 bps across the first three tenors). 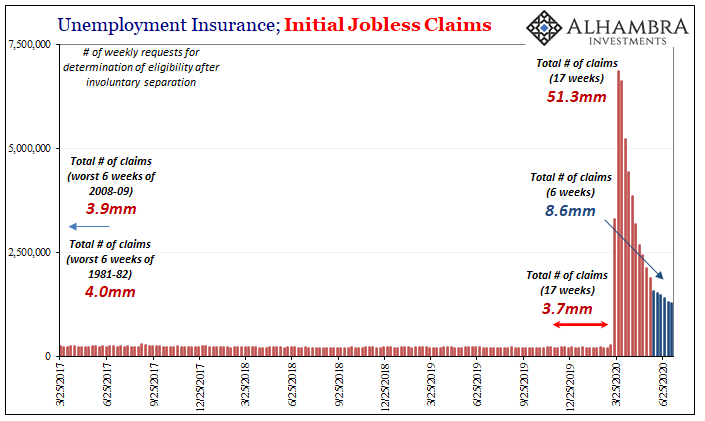 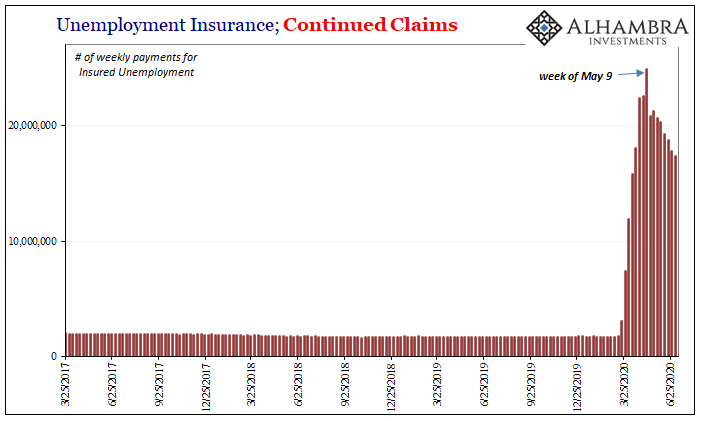