You Need NIRP But Because NIRP You Then Need To Lessen NIRP; Or, Just Trust US, This Stuff Just Works

You Need NIRP But Because NIRP You Then Need To Lessen NIRP; Or, Just Trust US, This Stuff Just Works

The Bank of Japan has been paying Japanese banks a supplement on loans they collateralize with the central bank. This program is not new, announced first during the depths of COVID earlier this year, but its growing popularity has demanded attention. In addition to this market “support”, in April BoJ added a bonus of 10 bps to each pledged loan.

The original aim was clear enough, to make sure that credit kept flowing into the real economy even as it experienced its worst contraction in a very, very long time. The continuation of it, however, has led many to believe this is the equivalent of central bankers admitting a policy error.

It’s not coincidence that this little extra worked out to 0.1% which just so happens to match the lowest tier of BoJ’s negative rate scheme (there are three tiers, which are, truthfully, too stupid to go into details).

What we’re getting at is a very simple question; what’s the point?

The stated theory so far as it’s told by the mainstream is that NIRP is consistent with lower rates therefore “stimulus.” If you want to extend the metaphor then weaker yen, too. Each thing is written up as somehow “accommodative.”

If we are being honest, that’s really the whole point – to get the media to print up these stories of the central bank doing something awesome. if it’s complicated, even better because the public will, they hope, ask fewer questions about it and therefore just comply with what are truly nothing more than signals.

A pretty perfect example of what Eugene Fama had said earlier this week.

Frankly, I think this is just posturing. Actually, the central banks don’t do anything real…That’s why I use to say that the business of central banks is like pornography: In essence, it’s just entertainment and it doesn’t have any real effects.

The Japanese central bank has always been at the forefront of, well, you can call it entertainment but it’s not really entertaining. It’s tragic. 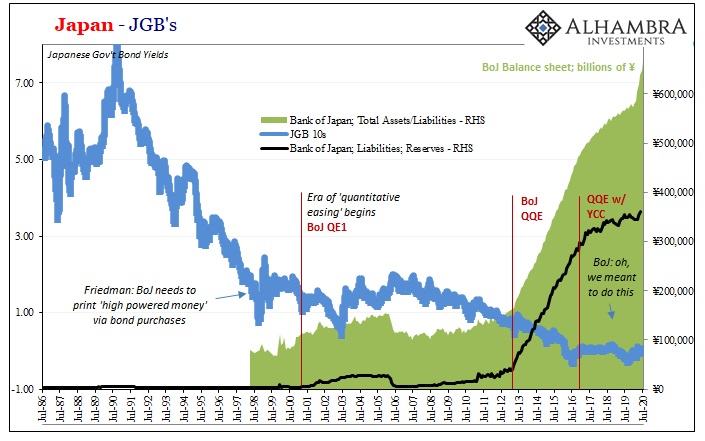 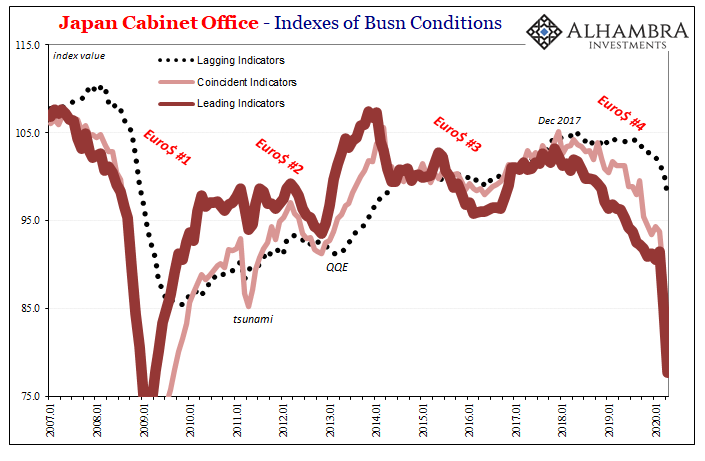 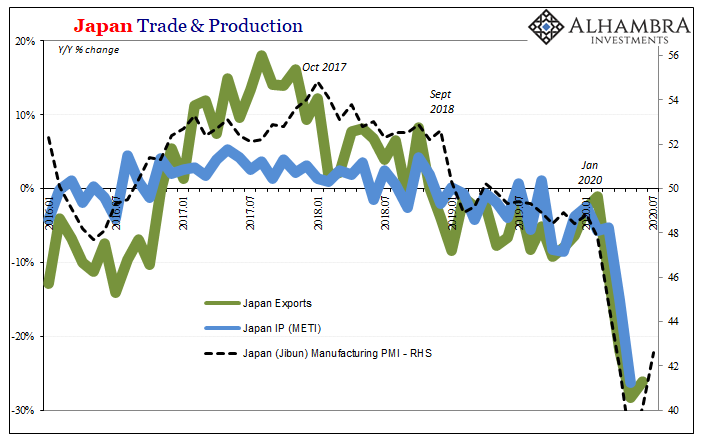 Even if you think specifically about NIRP and how it might technically affect the banking system, it’s still mere symbolism. As I wrote last year about the updating proposals for Europe’s negative rate experience as its economy tumbled toward recession (which did happen before COVID, by the way):

We have to make sure banks lend from our reserves, so we will penalize them harshly for not doing what we want them to. They didn’t lend, so now we won’t penalize them as much because maybe our harm is too harmful, and by reducing the penalty that will get lending going again!

Just in time for another prospective recession.

Like what’s gone on in Japan this year, European central bankers were tinkering around with all the ways they might reduce the penalty on banks imposed by NIRP; even though that penalty obviously hadn’t worked. And if it didn’t actually work, why reduce the penalty?

If the theory is sound, then if anything increase the damn thing (as the ECB had done several times before last year, to no avail). No. Mere symbolism, all of this.

But like everything else the modern central bank does, the BoJ’s new genius bonus idea is being described as incredibly successful. Banks have taken advantage of it which can only mean it stimulated lending, right?

Doubtful. Rather, the Japanese banking system packaged new loans they would’ve made anyway to meet the standards in order to qualify for the 10 bps – because in this world where economic opportunity is so miniscule and hard to find this qualifies as something substantial. 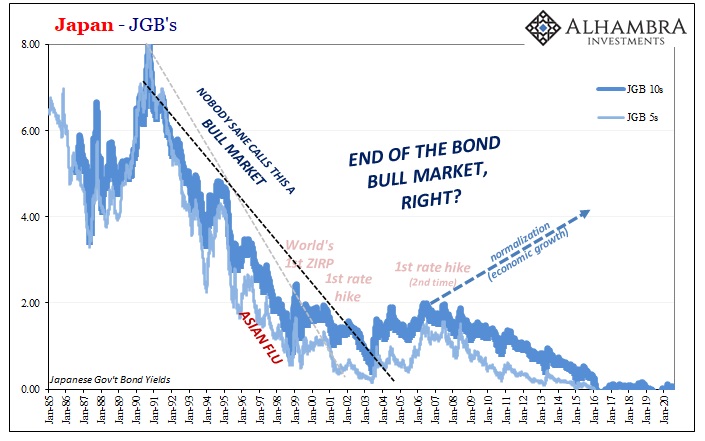 The more important question is who didn’t get access to loans and credit while all this NIRP magic was taking place. It’s a problem we’re already starting to see here in the US; big companies issuing bonds can borrow all they want and then some; same for banks lending them cash.

Everyone else though? Things are not good; really bad, in fact. As I wrote elsewhere (for publication tomorrow):

The yield on Corporate America’s bonds tumble while increasingly any mid-level company gets shut out of the credit market entirely. Liquidity bias also towards the bigger issuers at the expense of everything else; investors will buy every last bond at higher and higher prices offered by Big Inc. while completely avoiding Middle LLC in every credit format. “The” interest rate falls but for all the “wrong” reasons. Liquidity bias in the marketplace, not monetary policy, is what drives them downward…

The very fact that big companies are borrowing dizzying sums isn’t a good thing, either; they are, like their forerunners did during the thirties, building up as big of a liquidity cushion as they possibly can get away with. Not because they intend on splurging on productive investment (or hiring) in the near future, rather because they are battening down the hatches while they still can.

And now in Japan the central bank is paying banks a bonus to very likely further exacerbate this thirties-style fragmentation playing out in global credit markets everywhere. The big companies that are only borrowing to further pad their already substantial liquidity cushions are being further privileged by the central bank at the expense of the whole rest of everyone.

NIRP. Not-NIRP. Adjust NIRP. It’s all just a puppet show. Always has been. Nearly all of the monetary toolkit consists of the financial media writing glowingly positive stories about it.