Powell Would Ask For His Money Back, If The Fed Did Money

Powell Would Ask For His Money Back, If The Fed Did Money

Since the unnecessary destruction brought about by GFC2 in March 2020, there have been two detectable, short run trendline upward moves in nominal Treasury yields. Both were predictably classified across the entire financial media as the guaranteed first steps toward the “inevitable” BOND ROUT!!!! Each has been characterized as the handywork of master monetary tactician Jay Powell.

There is some truth underlying, only stripped of all that hyperbole. These backups in yields over the last few months do coincide with major Federal Reserve initiatives (if you can call them that).

The first one was the “flood”, a couple weeks punctuated by Chairman Powell’s wild appearance on 60 Minutes. The 10-year yield “surged” upward, reaching at one point above 90 bps.

The next retrace in Treasuries began in early August. Two weeks beforehand a couple of FOMC members had tipped their hand as to what the results of the central bank’s GRAND STRATEGY reassessment was going to look like. Governor Brainerd and Philly President Harker both made a really big deal out of “symmetry” in mid-July – as if the entire FOMC hadn’t made a big deal out of “symmetry” two years and two months before then.

To this point in early September, the rising trend in yields, as markets digested this symmetrical inflation target becoming an average one (with every participant in them scratching their heads trying to figure out why central bankers seem to believe everyone will believe these are somehow different), fittingly seems to have ended right when Jay Powell appeared (virtually) at Jackson Hole and unveiled this “new” masterpiece. 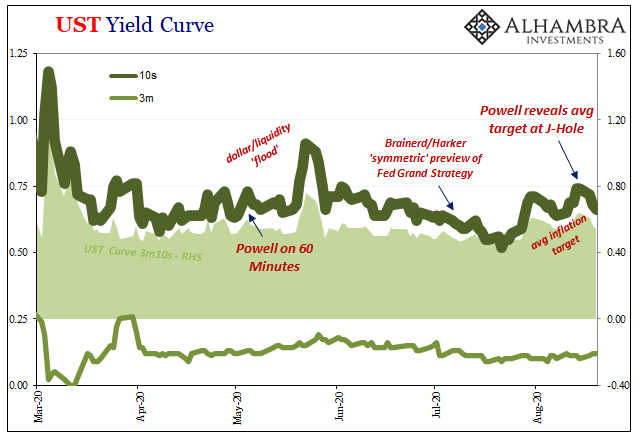 Of course, neither of those actually qualifies as anything but the smallest little blip. In the big picture, longer run context I’m not even sure they qualify as a blip.

So, the Fed makes a huge deal, full publicity blitz, twice, out of its rush toward monetary recklessness which barely, ever-so-slightly registered in the bond markets (including, as you can see, rate swap markets).

If I was Jay Powell, I’d ask for my money back from both CBS as well as whomever fleeced the FOMC for the strategy review. Then again, the Federal Reserve doesn’t do money, so the joke’s on Jay. The problem, therefore, and what bond yields are all about, quite simply, is how we are the ones who always have to pay for it. 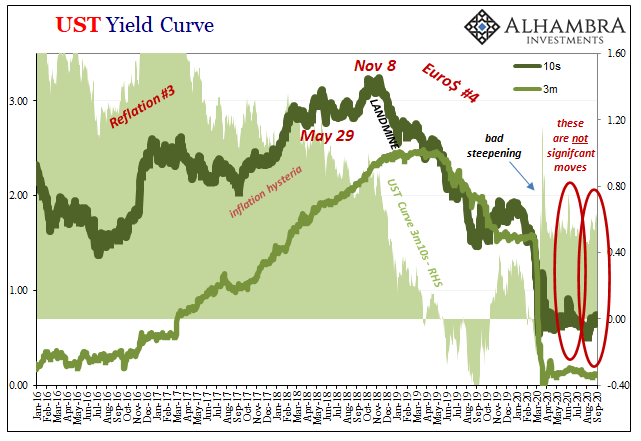 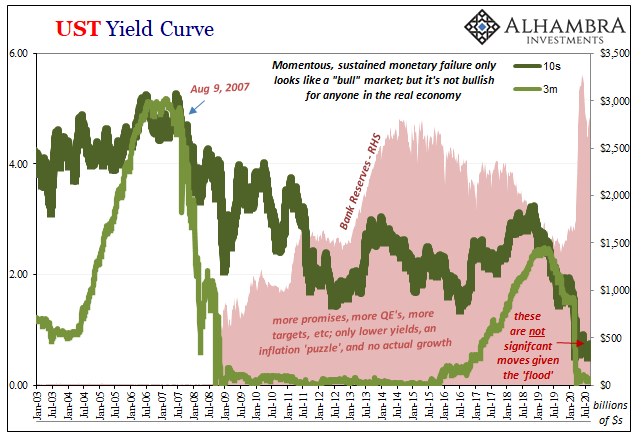 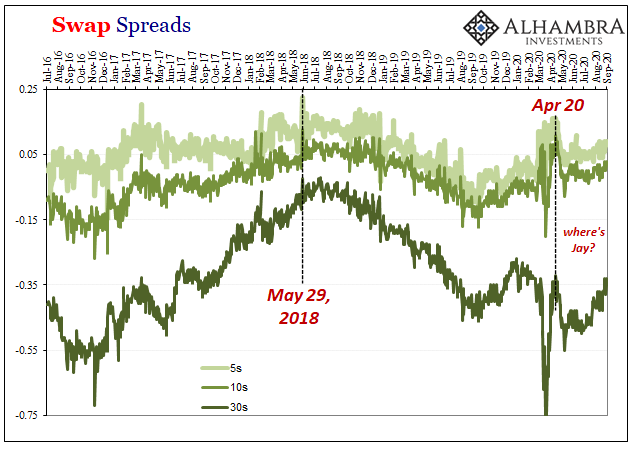