In a sense, it’s being priced like a game of chicken. On the one side, there’s been vaccine-aphoria now combined with this week’s subsidy-mania driving narratives more than markets. Really not all that much higher in prices, certainly not anywhere in the neighborhood of the red-hot temperature of the rhetoric being used to describe these two particular developments.

Oil’s up modestly, as are stocks and bond yields. Why aren’t they up so much more? It seems there’s a bit more pause this time around. Given past hysterias, this one almost doesn’t qualify.

Because there’s another side to it. While everyone hopes that the Senate’s long-expected delivery of more aid combined with widespread rollout and delivery of various COVID vaccines fixes this economic mess, at the same time it has become crystal clear just how big of a mess needs to be fixed.

The summer slowdown is a real thing. And it is hindering the economy of today’s ability to do much more rebounding. That’s a huge problem because, obviously, the rebound hasn’t been all that much. Dead “V”, call it “K”, in truth “L” looms large over everything.

But, but, but, maybe the US Senate (or the European Union smothering Poland and Hungary) getting together with Pfizer, Moderna, and the entire clan of pharma can alter the intermediate future so as the big misses of today won’t matter (as much) in this better tomorrow. Not recovery tomorrow, but more “jobs saved” than otherwise could’ve been offered.

This is the game of chicken; in between the summer slowdown right now and the further future COVID-free, which set of factors will determine the winner?

Thus, the lack of full-throated euphoria in markets is striking because, try as the media has (bond yields spike!!!! dollar crashes!!!!), you can’t so easily ignore the conditions right now in favor of a future best case that is fraught with compounded potential tragedies plumbed by all these summer slowdown indications. 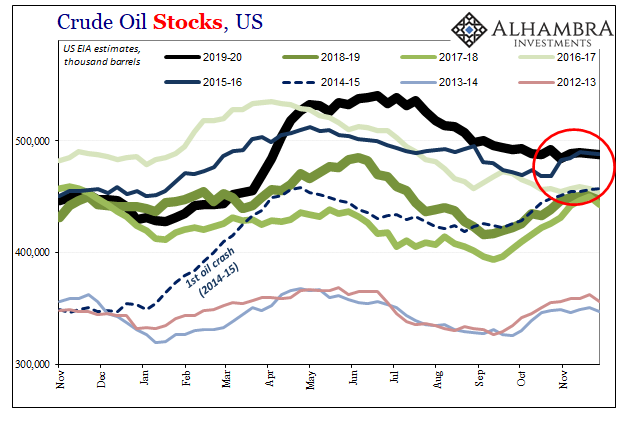 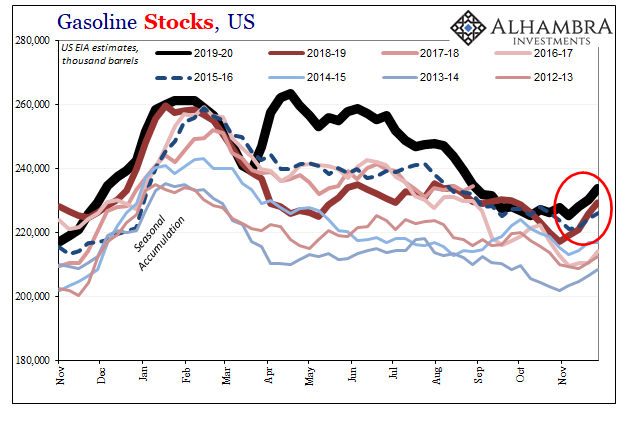 Just in oil, today we learned (US Energy Information Administration) that domestic crude inventories have never been higher for this time of year. And the same is true in gasoline stocks. It isn’t particularly egregious in the latter, but in overall crude oil the only years close to this was 2016 (global recession); in gasoline, 2016 and also last year, 2019 (global recession). These record inventory levels despite crude production still down more than 15%.

The more concerning factor isn’t necessarily the level in motor vehicle fuel, though it’s bad, so much as the trend. Gasoline supplied, a derivative format for figuring finished gasoline demand, continues to sink like a stone. Summer slowdown has become an autumn alarm where driving any sort of vehicles, as is coincident to the likely busyness of economic activity, might be concerned.

Including all the various distillates, demand for energy looks like every other economic account. Meaning, the “V” is surely dead; bring on this “L.” 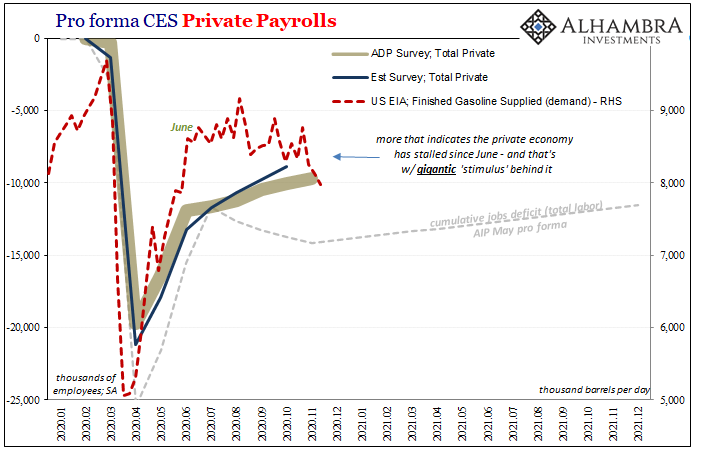 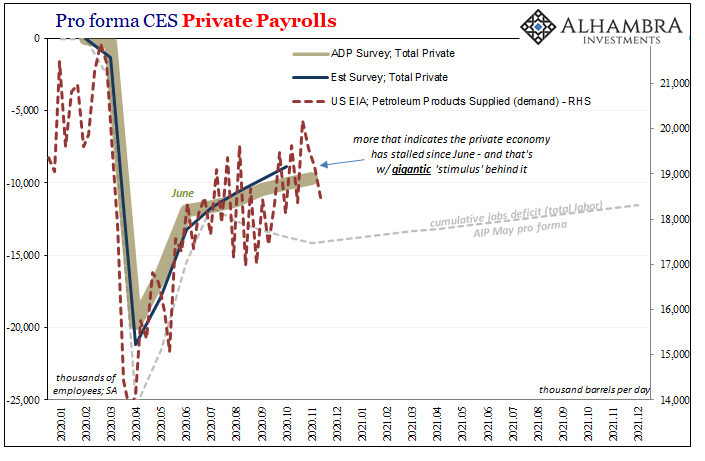 So, can Pfizer/Moderna plus Schumer/McConnell end up supplying for later next year’s tomorrow what is now definitely missing from today? Can it happen before the consequences of it missing from today pile up to the point they render vaccines and subsidies what that OECD guy was talking about.

They’ve tried to call it hope, but he was actually saying, unbelievably, something else entirely.

Maybe that’s why vaccine-aphoria and subsidy-mania aren’t, at least not yet, quite traded as game-changing as is said to be. The vaccine might cure the government of its penchant for shutdowns, and more of these subsidies alleviate only some of the damage they started, but the economic condition isn’t left to just those non-economic components. Clear impediments in the machinery of exchange; and those impediments aren’t COVID. 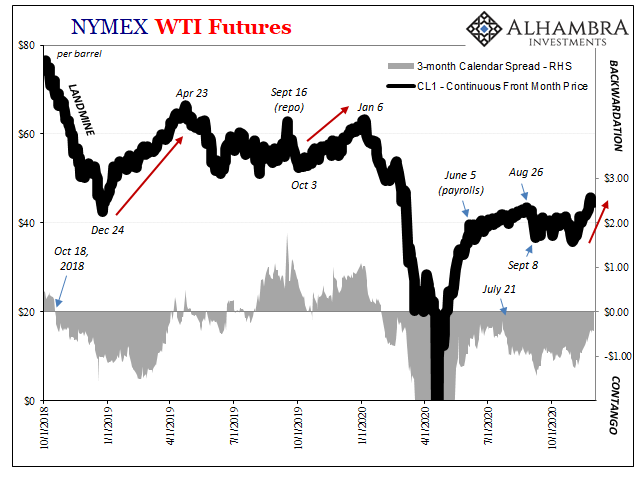