An Anti-Inflation Trio From Three Years Ago

An Anti-Inflation Trio From Three Years Ago

Do the similarities outweigh the differences? We better hope not. There is a lot about 2021 that is shaping up in the same way as 2018 had (with a splash of 2013 thrown in for disgust). Guaranteed inflation, interest rates have nowhere to go but up, and a certified rocking recovery restoring worldwide potential. So said all in the media, opinions written for everyone in it by none other than central bank models.

It was going to be awesome.

Straight away, however, right from the very start of 2018 there were an increasing number (and intensity) of warning signs. Flat curves were a big one – which then later inverted. In global economic data, crucial contradictions were purveyed by Japan and Germany.

In other words, taking cues from those three – Japanese and German conditions augmented by consistent contortions in the US Treasury yield curve – before we even got to the end of 2018, while the mainstream narrative prevailed unopposed with Jay Powell still hiking rates, we said very differently. Here’s early November 2018, with already negative GDP in both those places:

This year is proving to be a trainwreck in too many important places. It was supposed to be the arrival of worldwide recovery. Worse, too many arrows are still pointing down for 2019. But you wouldn’t know it from the Bank of Japan, ECB, Federal Reserve, etc. Not until they are forced into some honest assessments for once.

Heads in the sands (or another orifice, if you prefer), “tightening” became the preferred if only option across the globe. The Fed, the ECB, others around the world rushed to get ahead of the (imagined) inflationary pressures “everyone” said were on the cusp.

Just a few months further on, March 2019, everything had already changed though it would take many more months for the stunned mainstream to even begin appreciating all the roughness.

As is standard practice, when weak data began showing up last year it was attributed to anything, everything else. Europe was downright booming, they said, so there was no possible way for a macro negative scenario…Europe isn’t the only place where manufacturing declines are showing up. Just as Germany is a bellwether for global trade and therefore global economy, Japan is in very much the same situation. Export-oriented, if Japan Inc. isn’t making new goods that’s because the rest of the world isn’t demanding them. 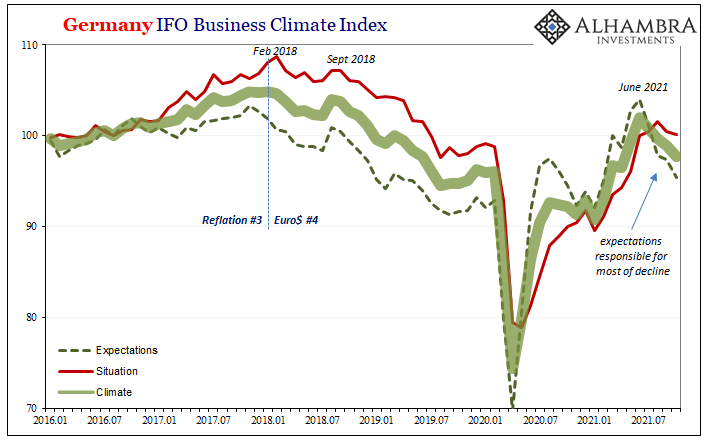 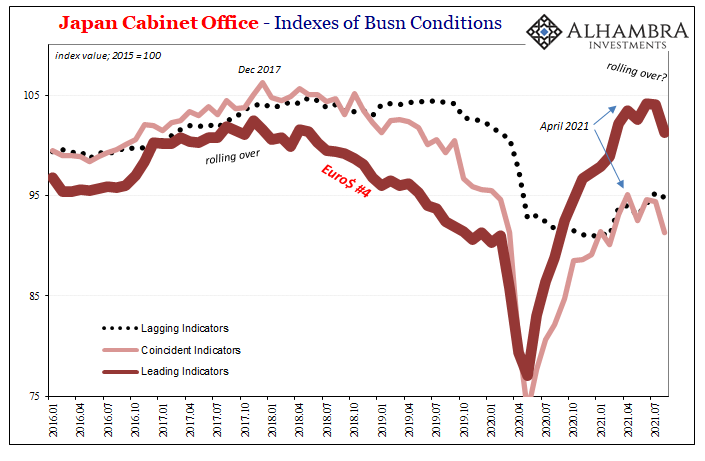 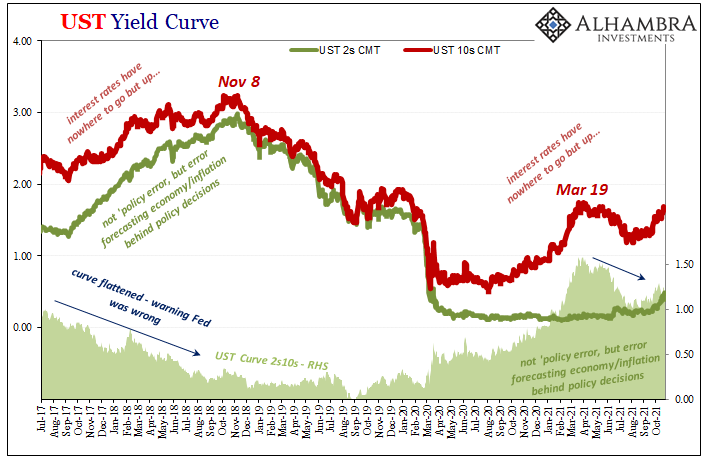 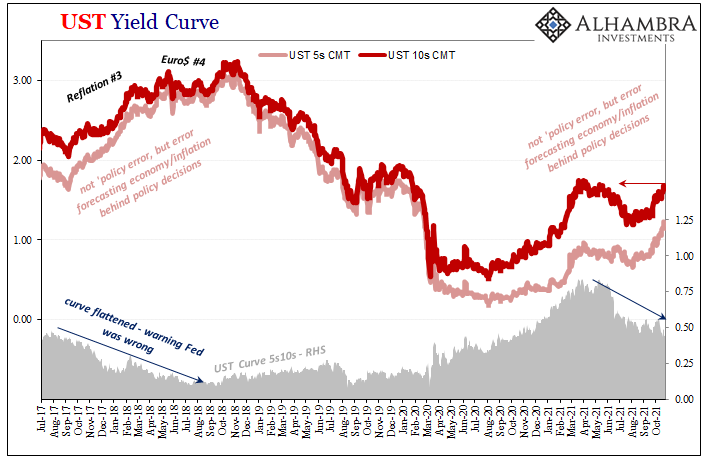 Germany and Japan the economic bellwethers for the whole global economy (the importance of trade at the margins) along with the Treasury curve reacting to, and forecasting ahead from, the real global economy’s interior and insides. Economists are, by contrast, so removed from the realities of real-time facts so as to be modern day astrologers making claims based on little more than specious privileges.

Germany or Japan struggling isn’t really about Japan or Germany; nor the UST curve specific to US and Treasury. With a massive overflow of goods heading toward especially the US, however warehoused on the way, as I wrote earlier today, what might this trio bode with regard to the direction for future demand?

Many companies have claimed they are absolutely ready for “too many goods”, believing both their newfound penchant for individual supply chains as well as logistical consulting to manage more than ever. This so long as demand doesn’t “unexpectedly” fall off, even a little, which then might trigger the downside of the inventory cycle.

Three years ago, these three indications taken together were keen warning signs how demand was about to and would fall off “unexpectedly” (if it hadn’t already). And these ended up being highly accurate measures of the global economic direction that were completely, utterly contrary to the surefire, guaranteed inflation/recovery/BOND ROUT!!! no one ever challenged. 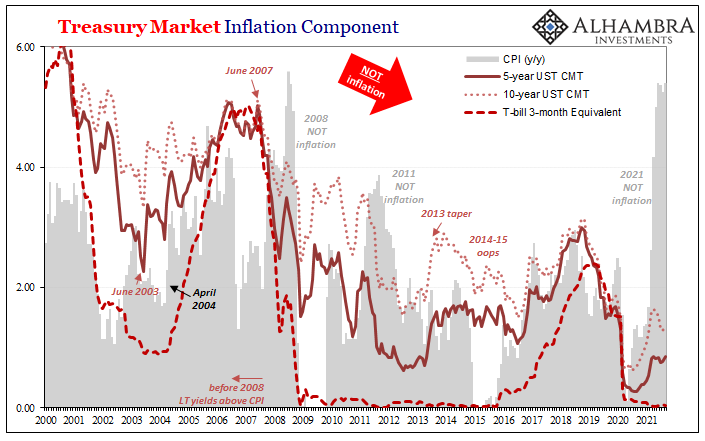 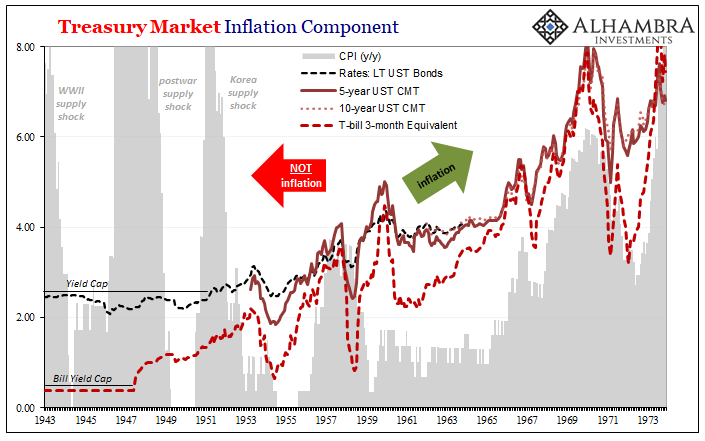