Fed Already Denying Demand Destruction Which May Already Be Showing Up

Fed Already Denying Demand Destruction Which May Already Be Showing Up

There was some notable grumbling in the months leading up to it, but with the yield curve inverting in August 2019 at the 2s10s junctures, the only part the public has been led to believe is worth noticing, it unleashed a tidal wave of denials. They were weird and obviously desperate, too, because Jay Powell’s Fed had already conducted its first rate cut at the end of July scarcely weeks before then.

Twenty nineteen was supposed to be another big year for rate hikes and inflation, meaning accelerating growth worldwide. Instead, it turned out to be a huge disappointment, likely a full-blown recession, too (we’ll never know from COVID).

This had been predicted by the yield curve, the whole curve (not to mention eurodollar futures which were spot on) long beforehand – even if the 2s10s hadn’t inverted until that specific part of summer. Other parts of it had already inverted as far back as December 2018, and the thing had been flattening ridiculously since further back into 2017.

What utter nonsense, gaslighting as the kids say these days. It had already proved invaluable leading up to Ms. Yellen’s transparent attempt at whitewashing. Only a committed central banker or Economist could possibly have missed such glaring, blatant warnings; or, more accurately, purposefully and deviously dismissed them out of hand, thereby urging the public to remain confused but safely (for the status quo) in the dark.

The official mainstream message is always designed obfuscation, distraction. That thing, this upside-down curve which holds a very simple, straightforward, and powerful message, well, golly, it just can’t be what it appears to be because the econometric models the Federal Reserve uses don’t see any problems.

But those same utterly useless mathematical monstrosities never see any problems; not the time before 2019, or the time before that around 2000, etc. I wrote in response to Ms. Yellen’s servile serving of sophistry:

The inverted curve is simply the market saying to Janet Yellen, I told you so but like 2007 you refused to listen…

That’s the problem with being forced into looking at everything backward. No matter how much you try to convince yourself that R-stars and term premiums are meaningful and righteous assessments, you can’t ever shake that nagging feeling that the thing [inverted yield curve] really is what it is.

As I wrote back then, you want to deny the crystal clear message of the curves, fine, the very heavy burden of proof is on you. Show your work.

We find ourselves not far into 2022 and all over again. Curves inverted, eurodollar futures first as is their forewarning pattern.

No mere river in Egypt, despite clear history and repeated validation the most obvious interpretation of what all the financial markets are signaling, well that just can’t be. Not again.

Right on cue, here come the denials: "Pay no attention to that thing that always makes us look bad because it always ends up being right. This time, THIS TIME, we got it!"

This Is A Big One (no, it’s not clickbait)

But why? For one thing, ferbus and all the rest of the ARCH and GARCH regression-ary recession-deniers are dead-set counting American families as in good to great shape. As gasoline prices undercut the fiscal wellbeing of even the otherwise well-off, in econometric modeling the unemployment rate is elevated supreme above every other indicator.

Even though it led the Yellens and Powells astray the last time, too.

There are many potential downside cases, though right at the top of the list is inventory. These are admittedly just anecdotes, but that’s just how these things start. Inventories have been piled high, so far sales have mostly kept pace. Should they not, though…

Apparel retailers and department stores are bumping up against pockets of price resistance, a sign that consumers are curtailing spending as inflation remains at the highest level in four decades. 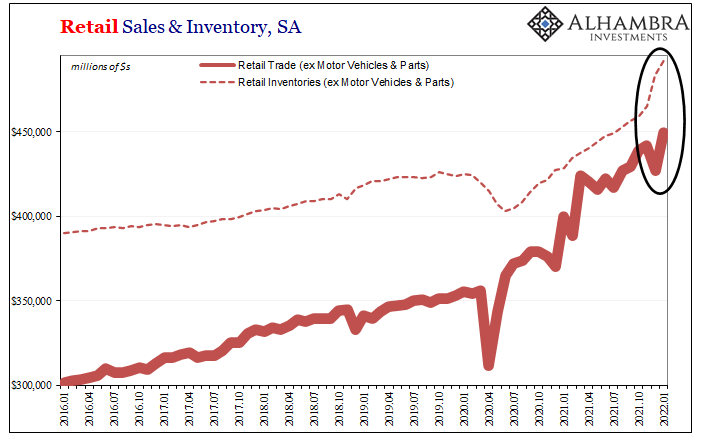 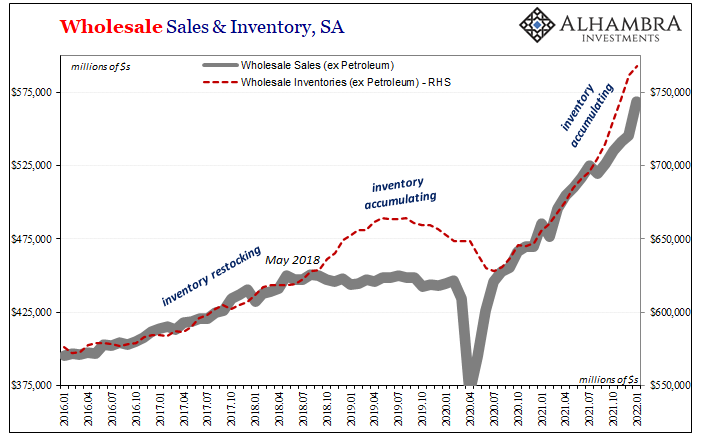 The stories the article shared were sobering. Maybe it’s just them, and this isn’t widespread. Perhaps a few (big) retailers are struggling for their own idiosyncrasies.

Then again, maybe there’s more here which, ominously, is entirely consistent with the leading edges of demand destruction.

Macy’s Inc. CEO Jeff Gennette recently told WSJ they tried to raise prices on some mattresses and sofas by $100 and were met with fierce consumer push back. Clothing brand Bella Dahl hiked shirt prices by $20 and immediately saw sales crater. “There was a revolt,” said Steven Millman, Bella Dahls’ brand officer. “If we go any higher, we’ll do half the sales.”

As I said, just anecdotes. But while the FOMC (and certainly Janet Yellen who, as per usual, failed upward to Treasury Secretary) is certain to dismiss these as a growing pile of unrelated one-offs, something is up in the bond market, something big already and for reasons those at the Fed aren’t seeing.

I highly doubt it’s just $20 shirt hikes for a brand I’ve personally never heard of, nor some isolated instance of Macy’s mattress matters. 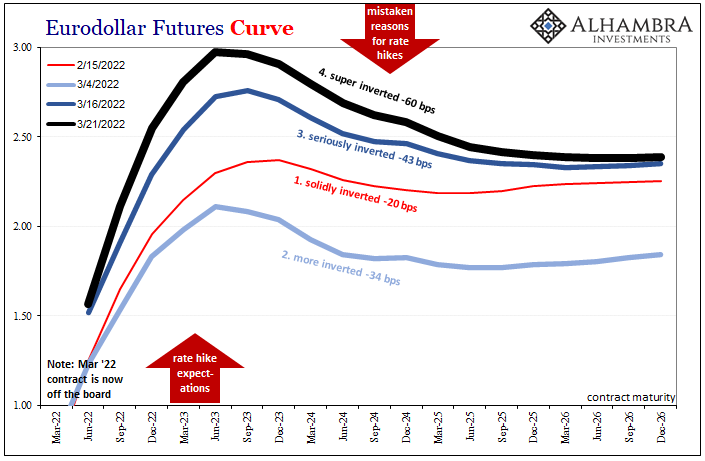 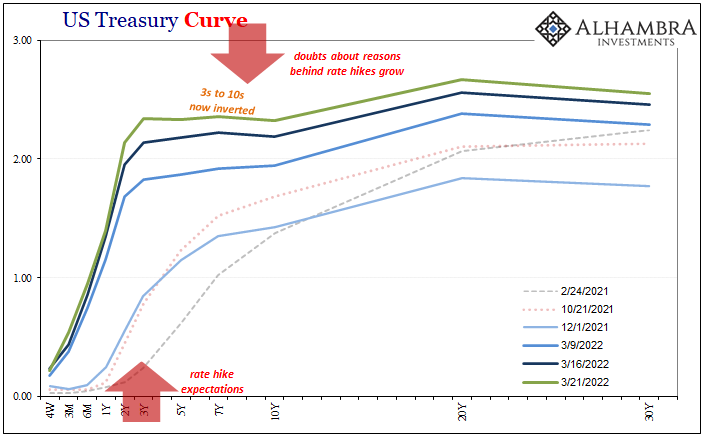 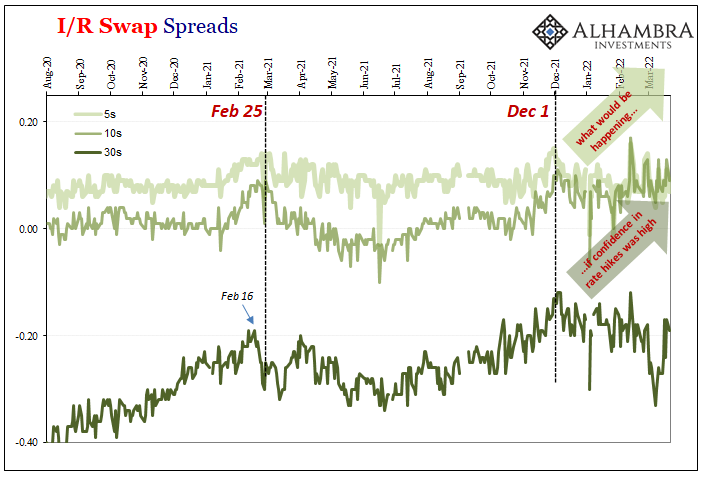 The curves are where they are for grounded, fundamentally solid reasons. It doesn’t matter a single bit what anyone at – or who used to be at – the Federal Reserve says, because history conclusively shows us two near-certain outcomes: the Fed will ignore the markets, and it will be disastrously wrong when it inevitably does.

And that’s every time, including, as we’re starting to see yet again, this time, too.