I don’t know how many times I’ve seen blog posts or articles or Tweets about negative consumer sentiment over the last year. These articles rightly point out that the University of Michigan consumer sentiment survey is sitting near (or at a few months ago) 50 year lows. This fact is taken as a negative for the economy and therefore stocks. The only problem is that sentiment today tells you only how people view things today – and investing is about the future. If markets are even a little efficient – and that’s exactly how I’d describe them – then current stock prices should already reflect the poor sentiment. Future stock prices will reflect consumer sentiment when it is measured then. And if you are near a 50 year low, future sentiment almost has to improve and so too will stock prices. History bears this out.

The University of Michigan consumer sentiment survey has a pretty long history dating back to 1952. The survey was conducted quarterly from inception to 1978 when it went to monthly. The quarterly data wasn’t as useful as the monthly but in the table below I do include the 1974 data which was quarterly. I looked at every quarter/month from 1974 to present when the survey value was less than 65. Purchasing the S&P 500 in the following month produced the following results: 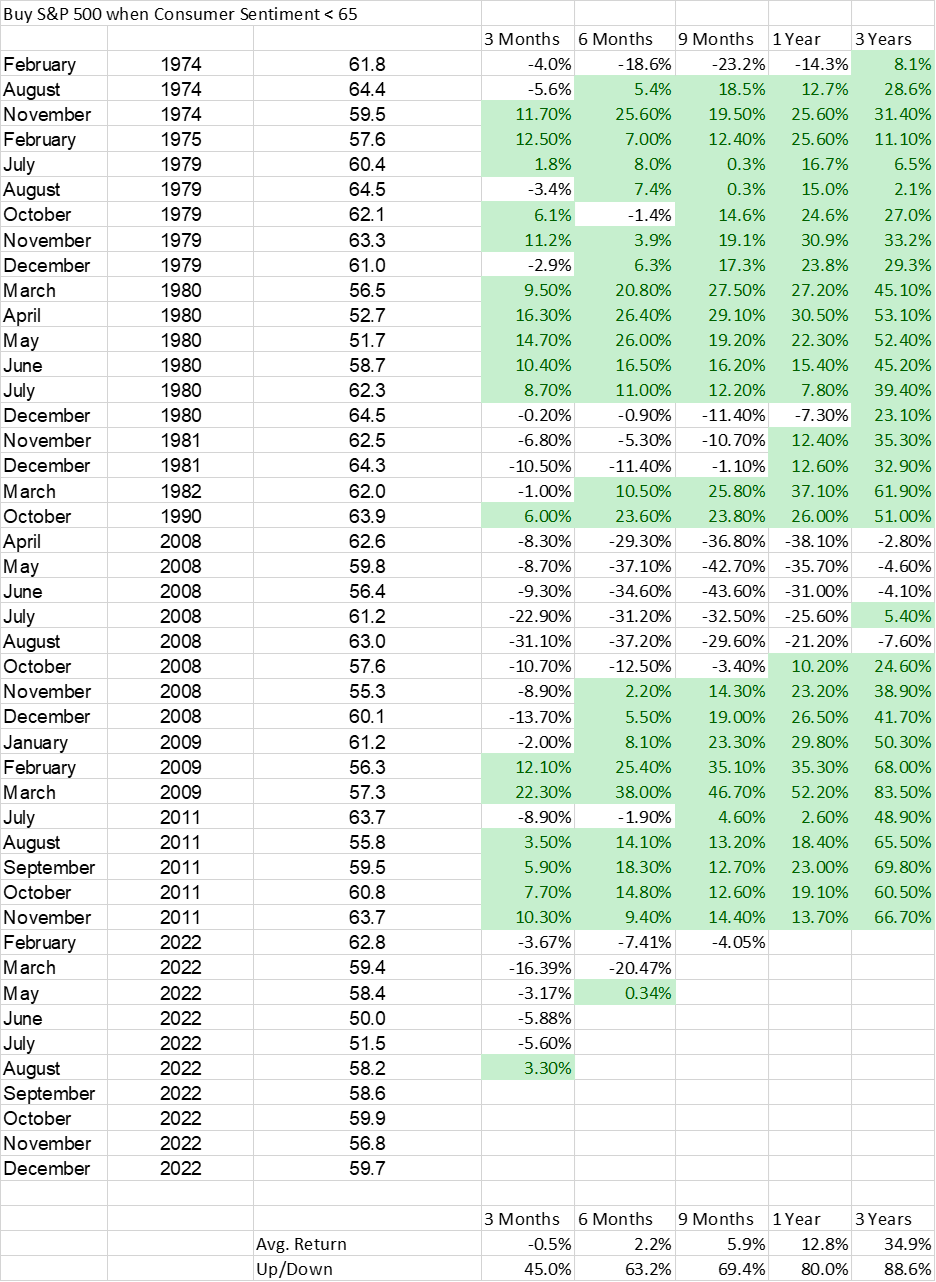 Stock markets bottom when things look awful. Consumer sentiment is merely one way to measure that awfulness. But poor sentiment isn’t a reason to shy away from making good investments. It is when sentiment is most negative that you will find the greatest bargains. Everyone knows Warren Buffett’s admonishment to “be fearful when others are greedy and be greedy when others are fearful” but few have the fortitude to pull it off. It is hard to buy when everyone is telling you how awful things are but that is exactly what great investors do. The consumer sentiment survey gives you a way to quantify the fear. We haven’t had many readings below 65 in the history of the survey, but they were all buying opportunities. I can’t tell you for sure that this year’s sub-65 readings will prove as profitable as most of the past instances. But the odds are certainly in the optimists favor. Pay no attention to the pessimists, the fear mongers.