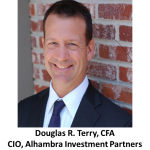 The Fed announced yesterday afternoon that it would publish the short term interest rate forecasts of its members.  The data, slated for its first release on Jan 25, 2012, will be published as a “central tendency” or range from the forecasts of the 5 Fed Governors and 12 regional presidents.  They will throw out the highest and lowest three data points.

This announcement is essentially the Fed’s attempt at policy by managing expectations.  This could be viewed as more transparency, but the real issues are clear.  The Fed has hit its zero bound for interest rates; their hands are tied here.  To push interest rates below the zero bound, the Fed purchases assets on the open market.  The Fed essentially provides banks an arbitrage situation.  Banks borrow from the Fed and then look elsewhere to lend the money.  But in order to keep a mechanism available to withdraw liquidity, the Fed is paying interest on excess reserves.  Thus banks are merely “arbing” the Fed itself and the money is not getting out into the real economy.

What can the Fed do?

Rhetoric we have seen from the Fed lately are statements such as “keep interest rates abnormally low for an “extended period” or “until 2013.”  In the short run, the move yesterday is geared toward communicating  future expectations with the market.  It is a quantitative data point to accompany or support its qualitative statements.

How meaningful is this?  It is not a giant step in communication.  It is the formalizing of what the Fed has been doing all along.