When contemplating the FED, one needs to be aware that monetary policy is not an exact science.  The FED will definitely try to effect policy; but, to a great extent, they are a reactive bunch.  The FED attempts to stay ahead of the curve and anticipate if/when the broader economy needs restraint or accommodation, but there are a few problems.  First, the economy is a large animal, full of lots of hormones and inertia.  FED policy initiatives to slow a charging bull, for example, will often be initially ineffective.  Fearful that the animal will not tire or abate, the FED can over tranquilize the economy and it may then need mechanical resuscitation.  Second the FED wants to be a nurturing institution.  Knowing that its actions can induce mania or depression, it is careful about wielding its heavy hand.

Here are the important data points the FED has identified in its own self-evaluation over time.

As such, the FED and all Central Banks have developed a manner in which they communicate to the world.  If you’ve ever been a parent you will appreciate what the FED attempts to do.  They want to establish explicit expectations and clearly communicate the paths that can be taken.  Then, they broadcast the help or punishment forthcoming depending on how events transpire.  They want you to know that there are no idle threats and that they can and will follow through.

Lastly, the FED will be there for you in your darkest hour.

So when investors analyze the FED and Monetary Policy, much that we take away is from experience, interpretting how Dad is likely to react given his past reactions and his current rhetoric.

The past 4 years provide a fairly good road map to the environment and to the role the FED is and will play given dynamic challenges in our economic situation.

In addition to the direct government initiatives,

the FED did the following:

The programs were expanded and extended for much of 2009. 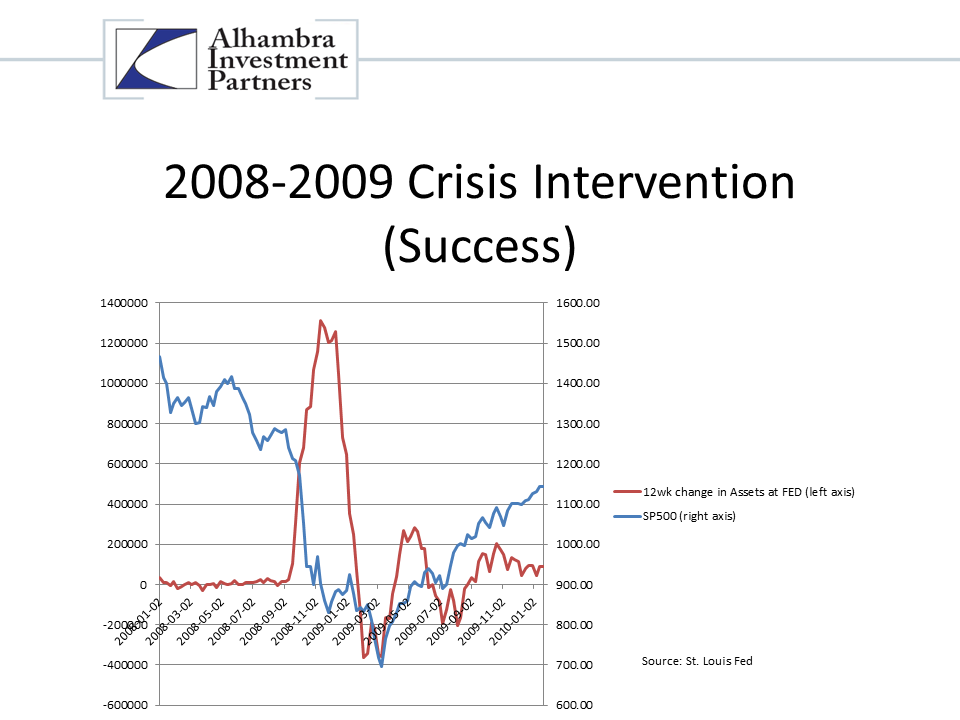 The progression of monetary intervention started with the FED as lender of last resort, essentially a fire fighter.  It moved to facilitator of asset inflation.  And now would be classified as aiding fire fighters elsewhere and inducer of short term activity.

We feel Operation twist was put into place to combat specific incentives in the market place.  The FED’s massive intervention left it with a predicament; the forward curve was/is incenting banks to delay lending.  The resulting structure of interest rates, indicative of inflationary pressures, means one can extract an excess return by lending one year from now rather than by lending today.  Through the FED’s purchase of longer dated securities and sale of short dated securities, they have flattened the yield curve and eased the incentive to delay lending.

The FED did extinguish the real threats from the mortgage credit collapse.  They supported asset markets.  And they are now inducing activity. 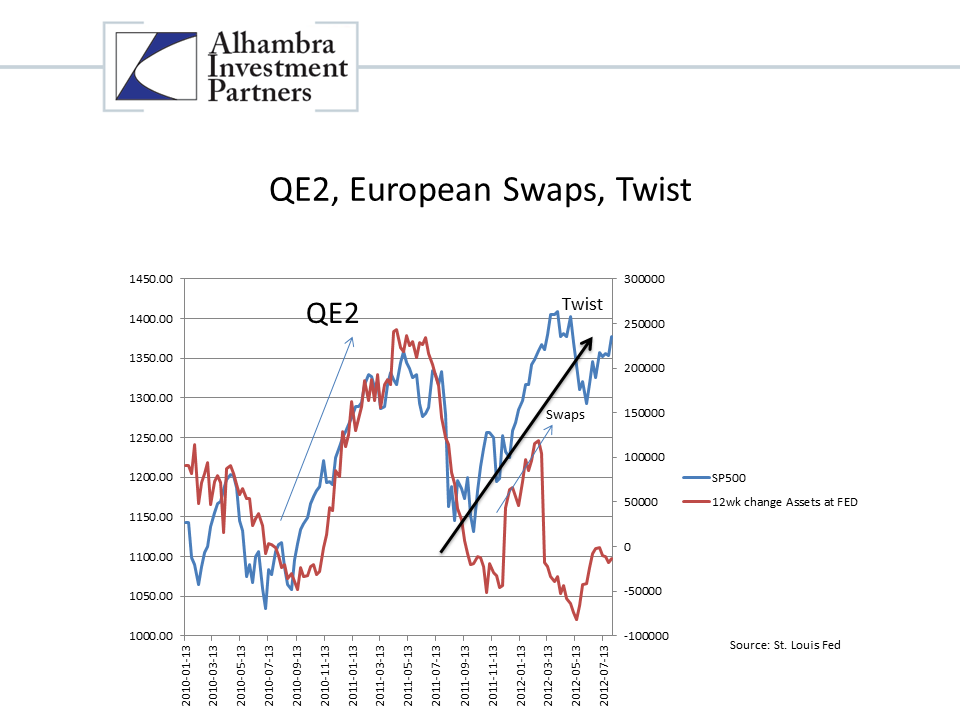 Do we need QE3?  We don’t think it is currently necessary.  We also think there are very negative longer term ramifications.  We would prefer the FED save its bullets in the current environment to utilize further intervention as a floor rather than a steroid.  As mentioned above, watch the statements closely.  Communications released from the most recent FOMC meeting indicate the willingness to use more open ended and less transparent intervention in the future.

As analyzed internally by our own Joseph Y. Calhoun:

In the charts one can definitely see the positive effects of FED policy.  Today’s economy doesn’t appear completely healthy, but the ole saying on Wall St is, “Don’t Fight the FED.”