Unprecedented in China, Yes, But Then What?

Unprecedented in China, Yes, But Then What?

These numbers are essentially meaningless. They aren’t completely devoid of content, of course, just that such substance is of limited use. The Chinese have confirmed that their economy had shut down in the January-February period. The estimates for the Big 3 accounts were way below any and every consensus, thus demonstrating the severity of the disruption.

These results are such outliers there’s no sense in trying to give them some frame of reference. The word unprecedented actually applies for once. 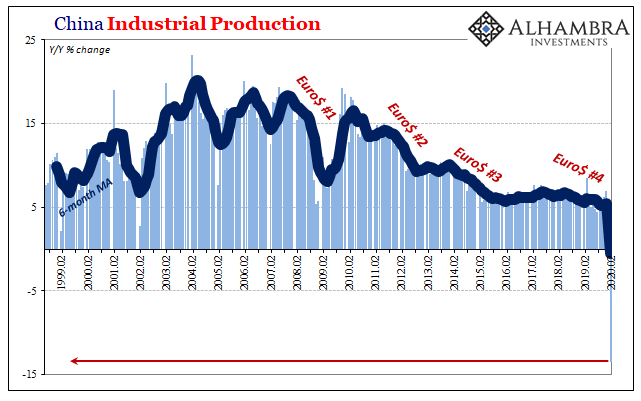 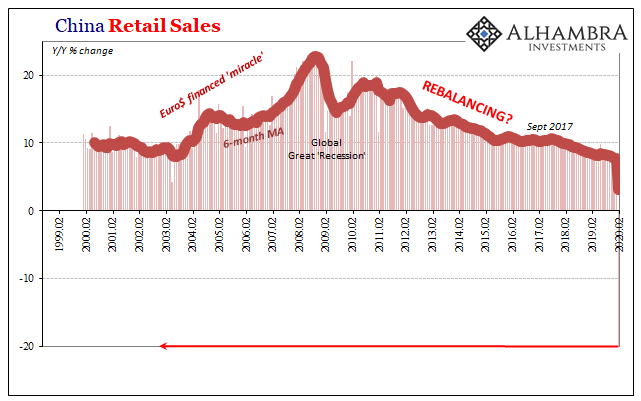 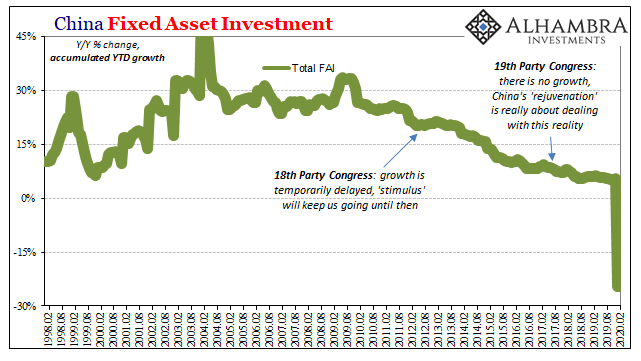 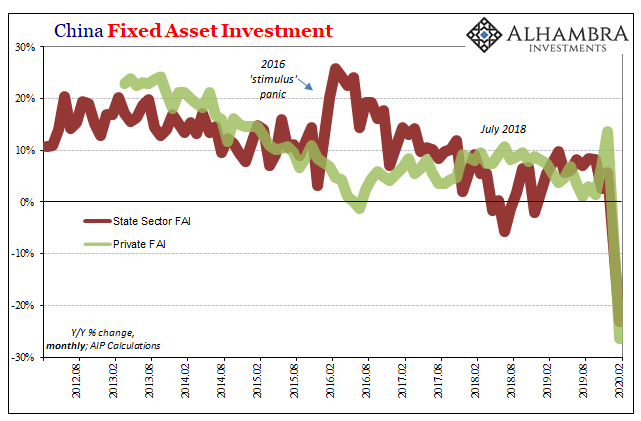 The COVID-19 outbreak seems to have delivered on some worst fears, an enormous dislocation. But that’s the thing about them, mainly once they happen they happen (sorry for the tautology). We deal with it the best we can while trying to move on think about moving forward.

In the economic context, and therefore financial contexts, what matters is the other side of the dislocation. Will there be any lingering effects? How bad? Is there a way to just get right back to normal? Better than the normal of the last few years? How quickly?

Ultimately, that’s what we really want to know. The current estimates are only modestly helpful in attempting that determination. It seems reasonable that the worse it gets during the event, the more likely there will be permanent damage due to it. But that’s not always true.

It could turn out that these are temporary figures; that the dislocation is sharp but ultimately short. In that situation, maybe the bounceback is as impressive as the current disruption is terrifying. The Chinese government seems to think it will be.

Given what China’s National Bureau of Statistics reported last night – did the Fed get a preview, therefore the ZIRP/QE dud-zooka? – you have to hand it to the Communists:

In the first two months, despite the sudden outbreak of covid-19, under the strong guidance of CPC Central Committee with Comrade Xi Jinping at its core, all regions and departments coordinated efforts to advance both the prevention and control of the epidemic and the economic and social development, made an all-out effort to fight the battle against the epidemic, and scored significant achievements. Thanks to these policies and measures, the resumption of work and production accelerated, and the order of production and life was gradually restored. The national economy performed in an orderly manner and people’s basic livelihood were effectively guaranteed.

Surprising no one, I’m not nearly so sanguine as the Comrade brigade. That’s what all the markets are saying right now, particularly bond curves. Yes, the outbreak is substantial and the dislocation will be global. But then what?

If this was to be a short-lived event with normalcy (stagnation and lackluster never sounded so good) following pretty quickly, thanks to the strong guidance of Comrade Xi Jinping, of course, whole curve meltdowns wouldn’t be happening. It’s the long run parts of them which have my attention, the bond market looking at the situation from a longer run perspective; and being enormously pessimistic about it.

Small wonder why given the state of the world heading into 2020. Forget what Jay Powell had said about a late 2019 turnaround. There was a reason interest rates have been falling since November 2018, and it wasn’t a strong economy (nor impeding rate cuts; it’s the reason why there are rate cuts in the first place).

No wonder, too, why governments are talking about shutting down markets. What they are saying is that this situation has been pressed too far. Maybe it does turnaround quick enough to avoid serious questions, but the lack of follow through even in places like the NYSE offers a more sobering assessment.

And it’s not one officials want to hear, a rejection of their policies and ideas for today and tomorrow. How about another QE? Listen to the groans today among Wall Street traders where once they couldn’t wait for such a euphoric development.

For this dislocation not to (further) spoil the long run, something big needs to change once the outbreak passes. Otherwise…

Like subprime mortgages, China’s coronavirus outbreak may end up being the catalyst for the dislocation which only reveals the (ongoing) fragility. Long-term consequences that aren’t of any comfort now that we’re face to face with the long run. That’s the concern, one I’ve voiced for longer than I care to remember.

Unfortunately, for the next few months the data we’ve come to depend on to describe it will be of limited use. Unprecedented in China, yes, but then what?