If you have to work overtime just to catch up to where you were supposed to be, you haven’t done a good job. It’s really that simple. And in the context of inflation, therefore legitimate economic growth as distinguished from fake booms, that’s really all bond yields are.

The lower rates go, and the longer they stay lower, the more they signal lack of faith in the Federal Reserve to change the situation; the economic situation because of the monetary situation. That’s what UST yields reflect, an increasing demand for the safest and most liquid instruments because no matter what the unemployment rate has indicated those working inside the actual monetary system have been able to appreciate this vast and growing difference.

And now the Fed admits it, too. That’s pretty much the full reality of Jackson Hole 2020 in a nutshell. 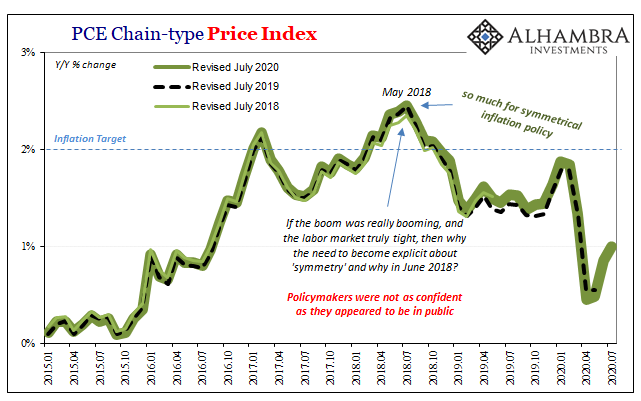 So far as average inflation targets go, as I’ve noted before it’s not different in any meaningful way from May 2018’s introduction of a symmetrical inflation goal. Nor, really, Ben Bernanke in January 2012 making this same 2% target an explicit one.

These are all the same thing, though they may sound substantially unalike. That’s really the point – to make them sound like the Fed is making even greater promises. Who cares what they promise, what can they deliver?

Again, we’re back to bond yields.

Like I’ve said, bonds are not that hard to figure out. 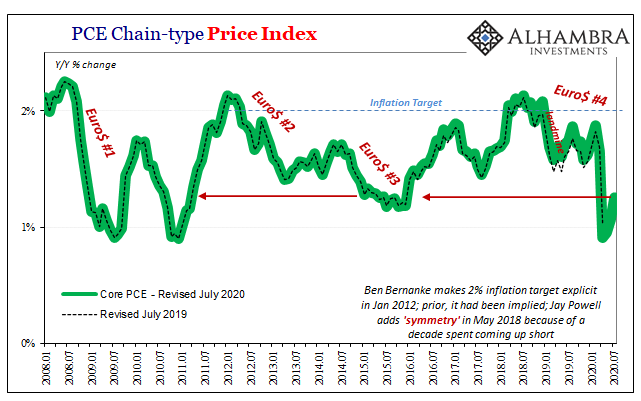 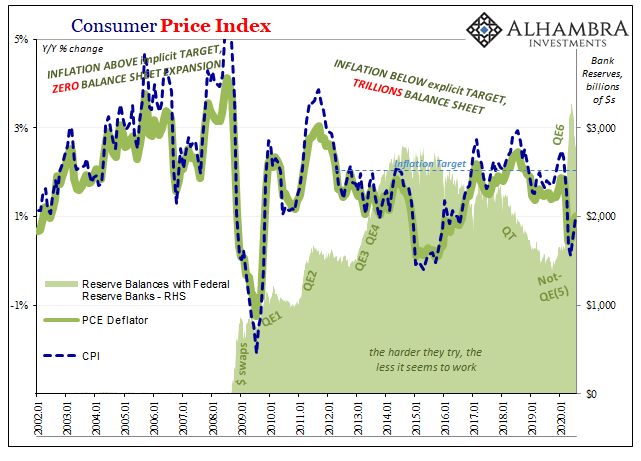 In a truly scientific endeavor, when something doesn’t work out the key is to realize the error and move on toward, you hope, something that will, having learned a valuable lesson at least in what not to do.

Where would humankind be if Enlightenment scholars had instead decided that each time they failed to validate an important hypothesis, the answer to said failure and the means to achieve progress was only in clinging to the same theory but restating it with even more conviction and greater emphasis?

We don’t have to imagine what would become of humanity because it’s unfolding before our very eyes.

The big story this week is the gross unrest in Wisconsin, the still-hot burning cinders of a substantial bit of Kenosha. A few states further west, over in Jackson Hole, the central bankers are gathered once again for their latest annual conclave whereby they console one another into believing, yes, by God, QE 25 and the nineteenth year of ZIRP will do the trick!

…And while you may not think [inflation] has anything to do with what’s happening in Wisconsin right now, as well as around the country and the rest of the world, as I’ve been warning for years (too many) you can’t go this long without real economic growth (the inflation “puzzle” a symptom of this) and expect any other set of results.

Clueless central bankers, the ZLB trap they will never escape, and an increasingly hopeless, disturbed world putting the torch to itself because someone’s going to be made to answer for all of it. Will it be the right people with the right answers? Don’t ask Jay Powell, or all the others like him. He’s too busy showing you he has no idea.

Flood of liquidity, reckless inflationary doves – yields have barely budged. The “bull” market in UST’s, and others of the safest, most liquid instruments, doesn’t end until we get rid of Jay Powell and every last one like him. 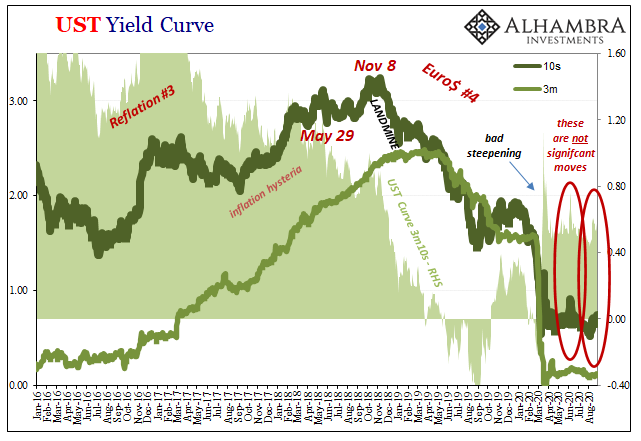 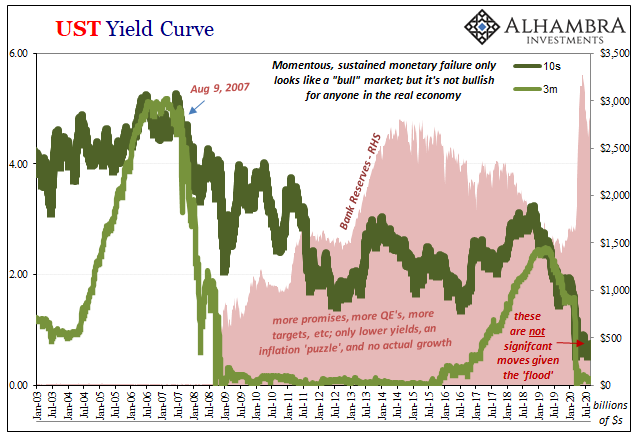