Another Round of Transitory: US Retail Sales & (revised) IP

Another Round of Transitory: US Retail Sales & (revised) IP

Same stuff, different month. We can basically reprint both what was described yesterday about supply curves not keeping up with exaggerated demand as well as the past two months of commentary on Retail Sales plus Industrial Production each for the US.

Quite on the nose, US demand for goods, anyway, is eroding if still artificially very high. Producers, on the other hand, don’t seem to care. Maybe the do, but they aren’t doing much about it. Rising prices, sales, whatever; production levels especially manufacturing aren’t anything close.

That can’t be supply problems alone, or even those explaining much of the disparity. Instead, as we’ve pointed out the entire time, producers like the bond market (unlike the media) just aren’t buying the whole overheating idea. Therefore, no further commentary is really required (if interested on the details behind these thoughts, just go to our last month’s article on Retail Sales and Industrial Production and substitute the latest charts).

The only wrinkle is that the Federal Reserve in June of 2021 finally got around to revising the IP benchmarks after having skipped last year’s. It was, as always, another doozy – but more on that tomorrow (because this stuff is actually quite important, particularly in how markets keep getting it “more” right). The revisions pertain to how we got here rather than where we are, so for this short post I’ll just leave it at the current set of IP numbers.

Long story short: another month right down the middle of the transitory economy and therefore likewise in terms of the “inflation” argument (such that one exists outside of emotion). Sales up on Uncle Sam’s nickel, but coming back down demonstrating its clear non-economic influence. Production nowhere near and curious only for the serious lack of rebound thus far. 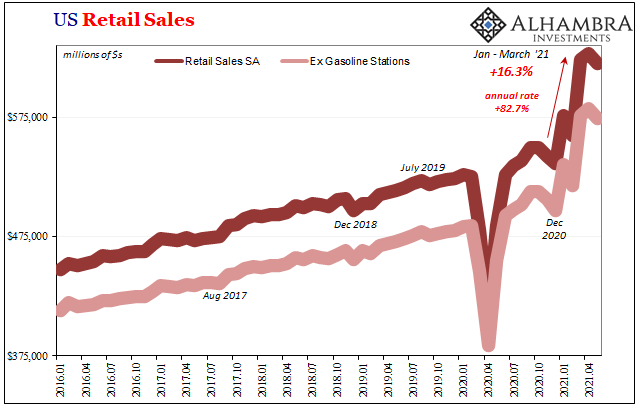 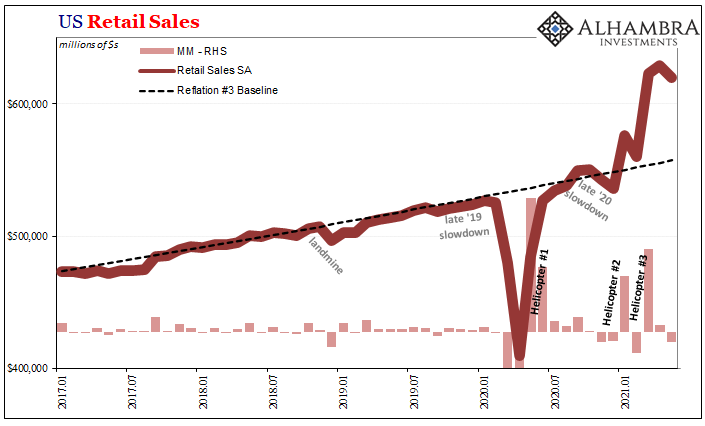 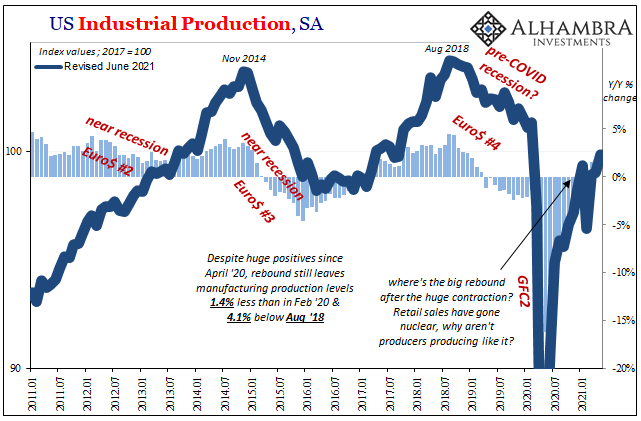 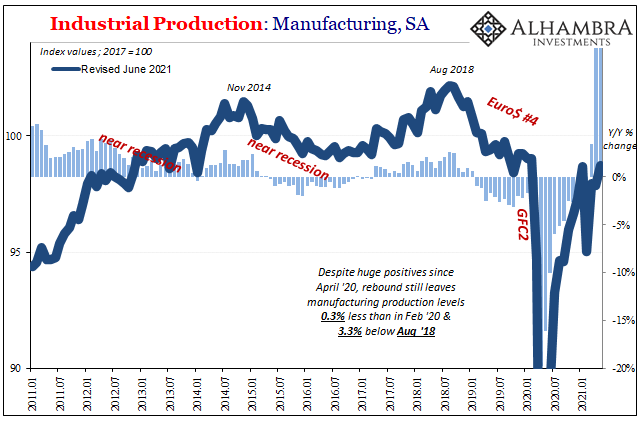 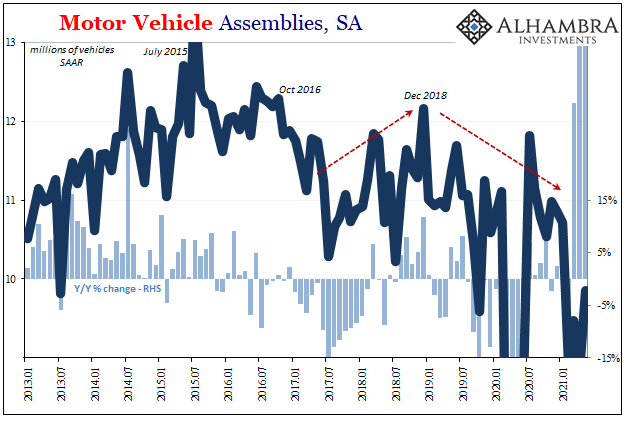 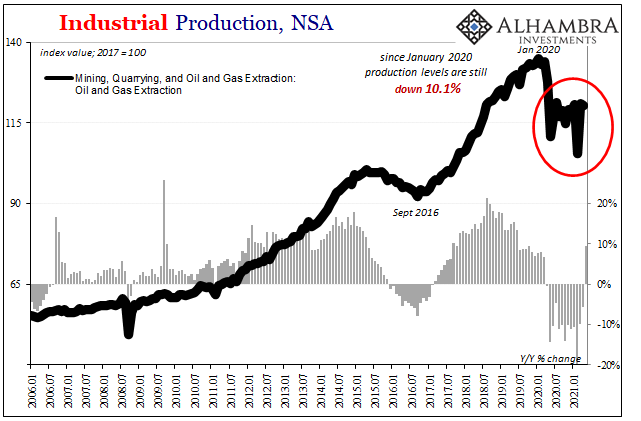