The *Optimists* Have Some Terrible News For the ‘V’

The *Optimists* Have Some Terrible News For the ‘V’

It has to be a combination of confirmation bias and rationalizations. Not even the official story finishes up with the fairy tale ending. The “V” people seem to be ignoring what the most optimistic group is actually saying. And these optimists absolutely want it to be that way.

It bears repeating the “V” case; that once the non-economic shutdowns are lifted, vaccine or not, the world goes right back to work as if nothing happened. No lingering damage, not even the slightest hint of long run demand destruction. In recent days, this has been amped up with a lot of talk about how Q3 will be the best quarter ever (in terms of GDP).

And while that’s almost certain to be true about the economy of the summer months, it still doesn’t mean all that much by itself. The best quarter ever can easily be swallowed up by the worst quarter ever.

It’s the net of the two that will ultimately matter, and what really happens in both of them.

Say what you want about the Congressional Budget Office (CBO), and an awful lot of people do have an awful lot to say about it. In the end, though, the CBO is nothing more than mainstream econometrics placed into a government context.

Generally, its staff runs simulations for determining the effects of laws and such, which also means that, from time to time, they use their regressions to plot the expected course for the economy. In doing so, or trying to do so, they employ all the same DSGE and other econometric models that the Fed and academic Economists use.

Because of that, the CBO falls into the same bucket as the others: the optimists. The reason is simple: their models like everyone else’s predisposed to calculate “stimulus” as stimulus, often computing powerful results which make their way into the forecasts.

Just as the office’s latest simulations have apparently done with its interim projections for 2020 and 2021 (dated last week):

CBO’s current-law projections incorporate the economic effects of the laws enacted in March and April in response to the pandemic. In CBO’s assessment, that legislation will partially mitigate the deterioration in economic conditions. In particular, greater federal spending and lower revenues will cause real GDP and employment to be higher over the next few years than they would be otherwise.

Answering the question no one actually asks, oh yeah, the CARES Act is going to save a lot of jobs!

But will it plus the Fed lead to recovery?

If you’re thinking “V”, the CBO has bad news for you. Actually, the CBO, even after incorporating what it believes will be meaningfully positive contributions from all the kinds of “stimulus” being announced and conducted up through today, has terrible news for the you and your “V.”

Here’s what I mean, as a first taste: 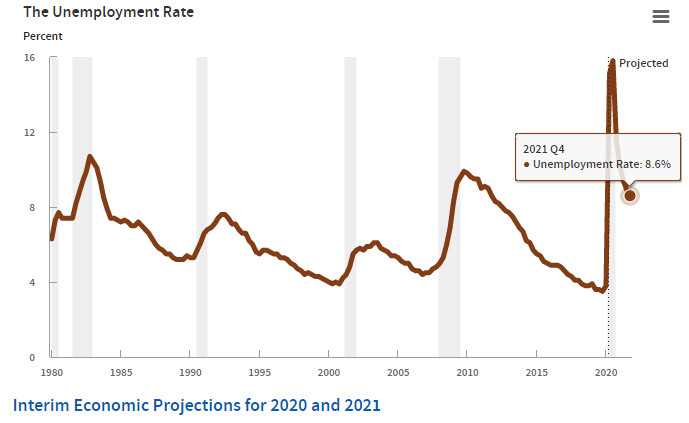 According to their optimistic projections, unemployment will peak this quarter near 16% (even though, factoring the labor force’s behavior, the underlying unemployment rate is somewhere around 25% at best; see what I mean about optimistic?), and then fall rather sharply over the next several years. While that sounds good, look closely at the above unemployment rate forecast.

The CBO, with all its “stimulus” love, says the level of joblessness at the end of next year will end up being about as bad as the peak of the Great “Recession.” That’s not at all what the “V” people have in mind. Something like the first half of 2009 a year and a half down the road from here?

It only gets worse.

By the end of 2021, real GDP is projected to still be 1.6 percent lower, the unemployment rate 5.1 percentage points higher, and the employment-to-population ratio 4.8 percentage points lower compared with their values in the fourth quarter of 2019.

After two whole years, and all this intervention in between, the massive, mythical stimulus unleashed in every format, the US economy will be left in worse shape than it was in the middle of 2009. Let me repeat that; from the most optimistic models in use today, those that way, way overvalue “stimulus”, they still suggest economic conditions that not only rival those of the Great “Recession” but likely outdo and outlast them.

This is, not coincidentally, what almost certainly motivated Jay Powell a couple of Sundays ago. He even stated as much, the part about not really being recovered even after two years, while he was shamelessly being interviewed on 60 Minutes.

But, carefully orchestrated, he lied his ass off so that hardly anyone would notice; the mother of all bait and switches. Instead, knowing his target audience only too well, all anyone in the media and at the NYSE heard was “create money digitally” – which, in the end, the Fed doesn’t actually do (and, thus, one big lie after another slipped effortlessly out of the Chairman’s intentionally duplicitous mouth).

Instead, like the aftermath of 2008, deflation cometh once more – unless he can convince economic agents outside the stock exchange that the Fed isn’t still as irrelevant as it was that last time. 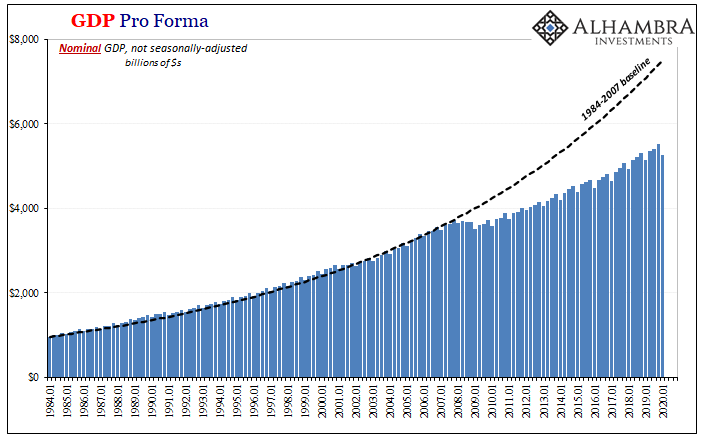 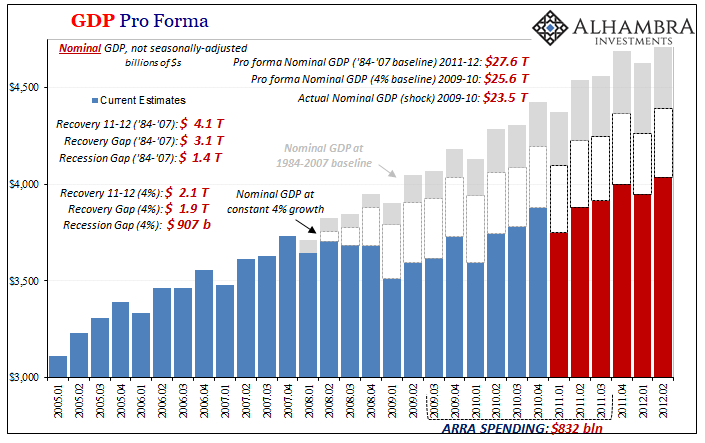 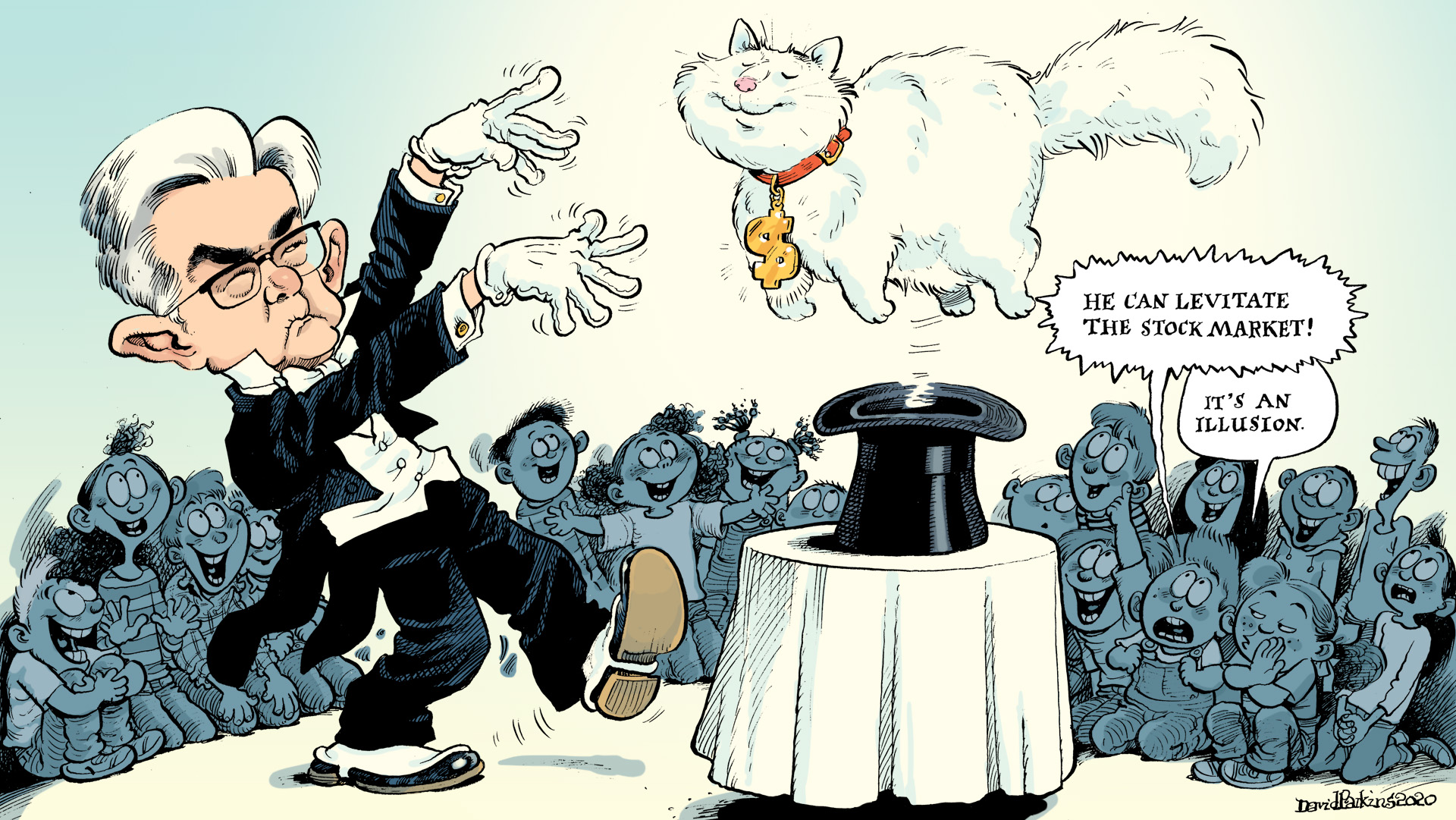 What Powell was talking about, based on the same kinds of estimates the CBO has published, is not anything like a “V.” But tremendous inflation or something.

The best case is actually really bad (as bonds have figured out).

Far more likely is the repeat of the last case. Whereas Economists will debate the number of “jobs saved”, the world, not just the US, will have to deal with the actual fallout as best it can – after not yet having dealt with the fallout from the last time.

As we prepare to stack one “L” on top of the last, what happens when everyone suddenly realizes what’s really going on? 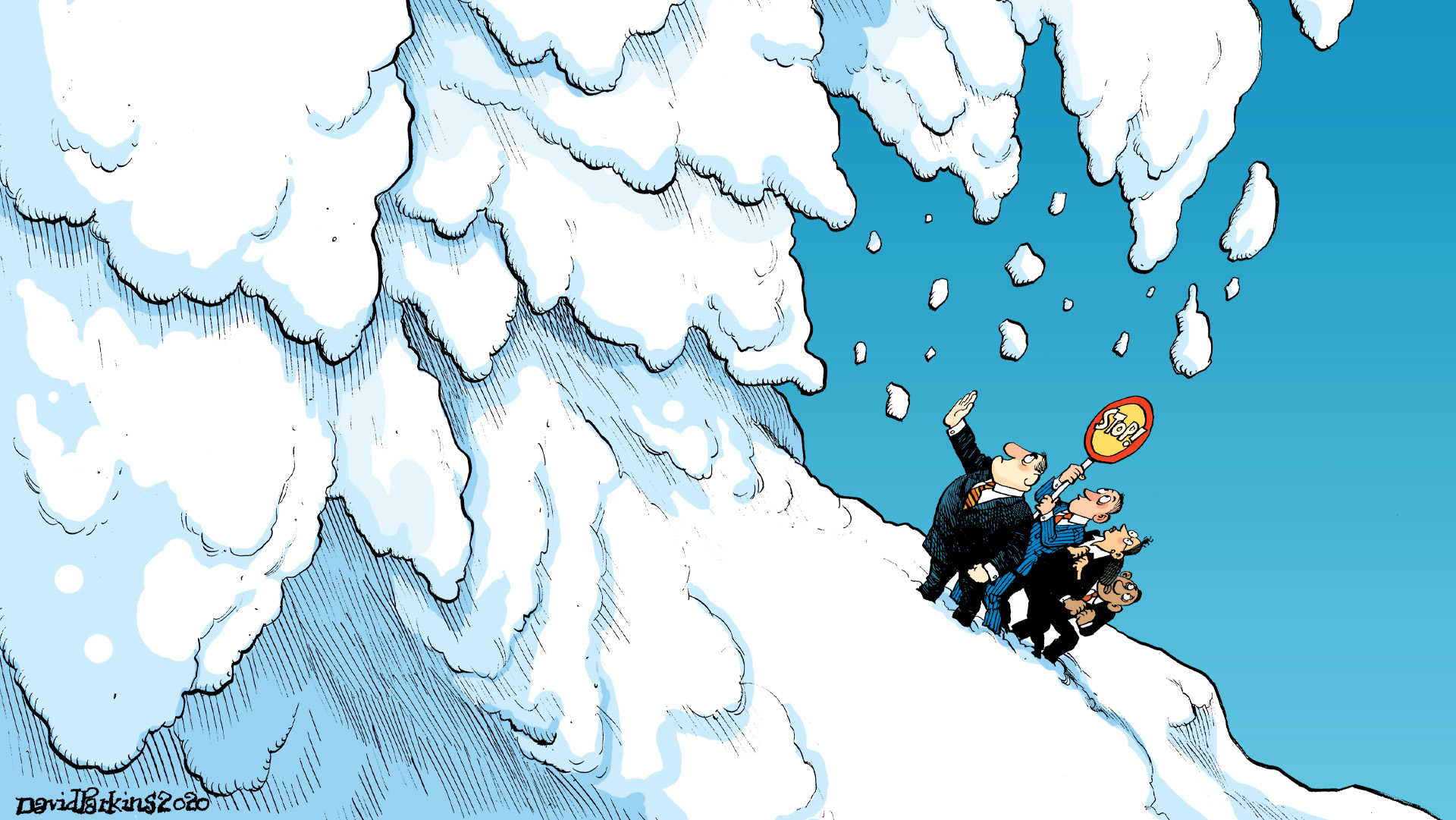