That gold prices are moving within range of the year’s lows is not at all surprising. We are in the midst of the fourth discrete episode of collateral/liquidity problems in interbank, wholesale “dollars” spilling over into gold markets. It is also not unexpected to see October 23 recur as an inflection in these indications. 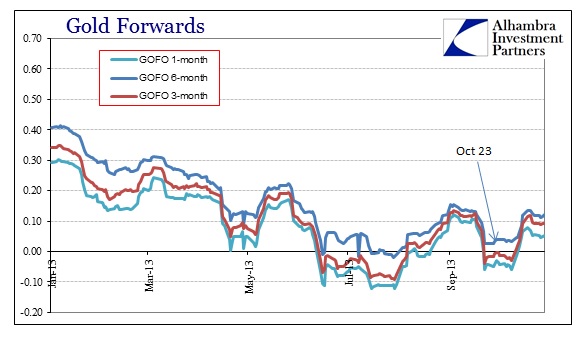 Gold forward rates ticked higher for the first time in the days around October 23, and we saw a local high in gold prices (shortage) only a few trading days later on October 28. 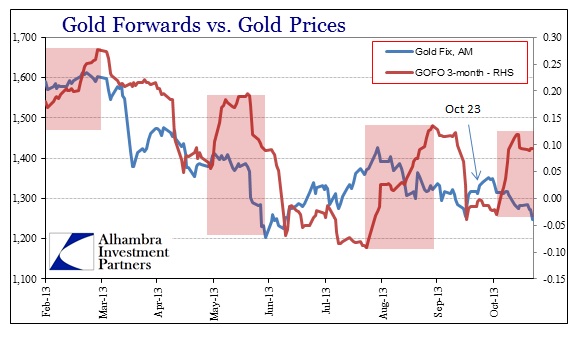 Again, I have noted that date in many other credit/funding markets – though I still don’t have a good idea as to what happened then. The exact reason for dollar tightening is as yet unidentified. 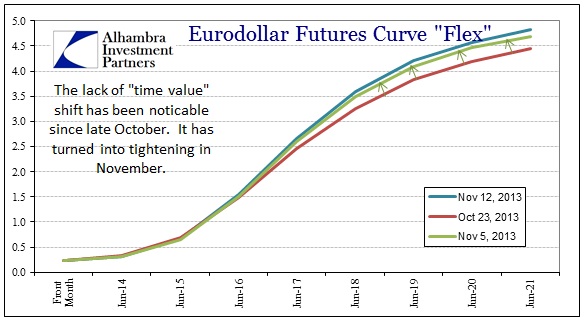 Given how global banks are connected via the eurodollar standard, it probably should be no surprise that we can add one more “market” to the list. Overnight SHIBOR was at 3.052% at the close of October 22, then suddenly spiked to 3.78% on October 23. That tightening would continue until October 30, with the overnight rate at a concerning 5.23%. 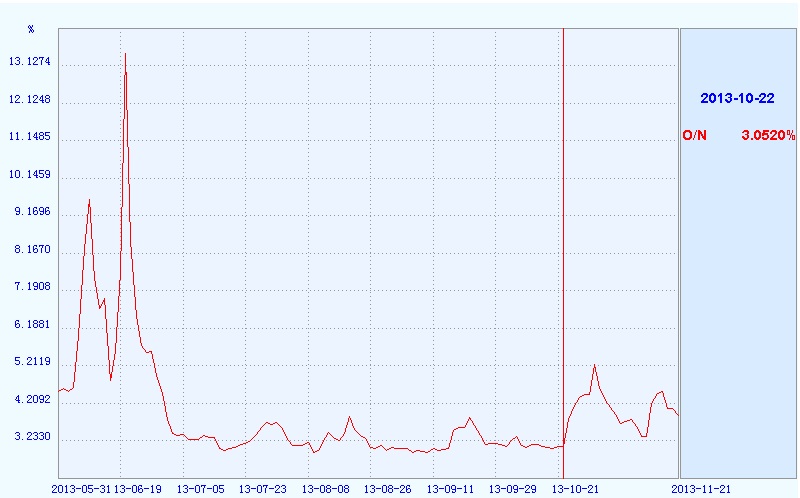 The yuan market dump in late October was not the worst we have seen this year, coming nowhere near the size of the sellof in mid to late June. Again, there was no coincidence there, in terms of both timing and proportionality. The spike in SHIBOR hit its apex on June 20, just as the dollar tightening/bond market selloff was reaching its most violent phase. 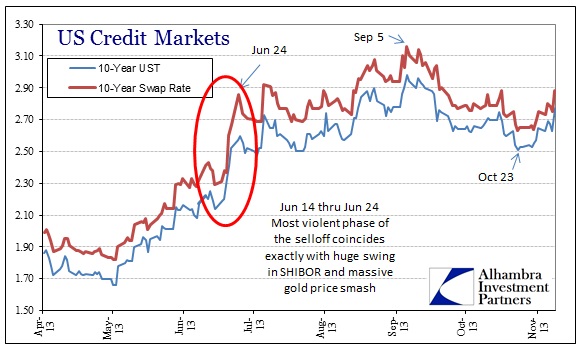 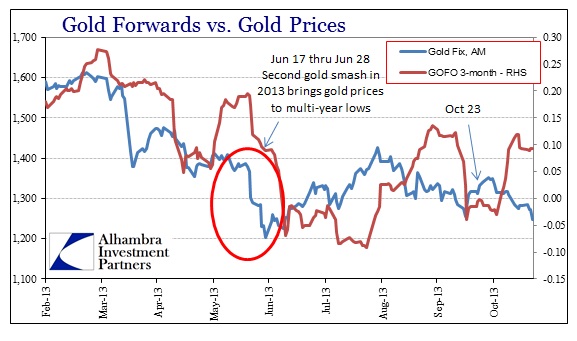 We know Chinese export activity has fallen off (despite “surveys” and government stats that might say otherwise) rendering fewer dollars in the hands of Chinese corporates. Keep in mind that the Chinese business sector changed to a net dollar short in 2012 (right around the time US and global trade activity decelerated rapidly), so they are naturally sensitive to tightening dollar conditions (in that respect, very much like their Brazilian or Indian counterparts).

In early July, I wrote,

“That is likely why there have been rumors and stories of various copper-based financing arrangements falling apart. Commodity-based collateral against US dollar loans would be further uneconomical as the dollar short progresses in both size and system (toward banks) as well as the apparent turn in regulation against the practice. But if the commodity-based lending arrangements were more than just speculative positions, instead related to this dollar short (in other words, commodities acting as collateral to finance the growing dollar short) in the corporate/banking sector it would put tremendous dollar liquidity pressure on Chinese firms.”

That brings us back to the unanswered causal chain for global dollars after October 23. Is there a eurodollar causation, leaking back into China; or might it be the other way around, where Chinese liquidity is creating tightening in world markets? There is not enough data now to know for sure, but I would suspect more the former than the latter.

However, there is little doubt that all of the dollar episodes are being captured by this: 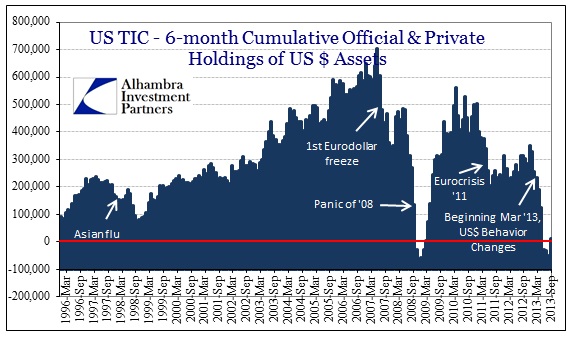 While there are financial factors to consider as well, the role/symptom of Chinese liquidity again reinforces the dire global trade scenario. Any additional elements of uncertainty due to FOMC stance only makes it worse. The immediate implications relate to credit markets and financial systems. In the long run, this malfunction might engender more favor toward moving away from the eurodollar standard. It’s bad enough that few people (including policymakers) understood the global trade/money system when it “worked”, but now it serves little purpose other than complacency and bubbles.